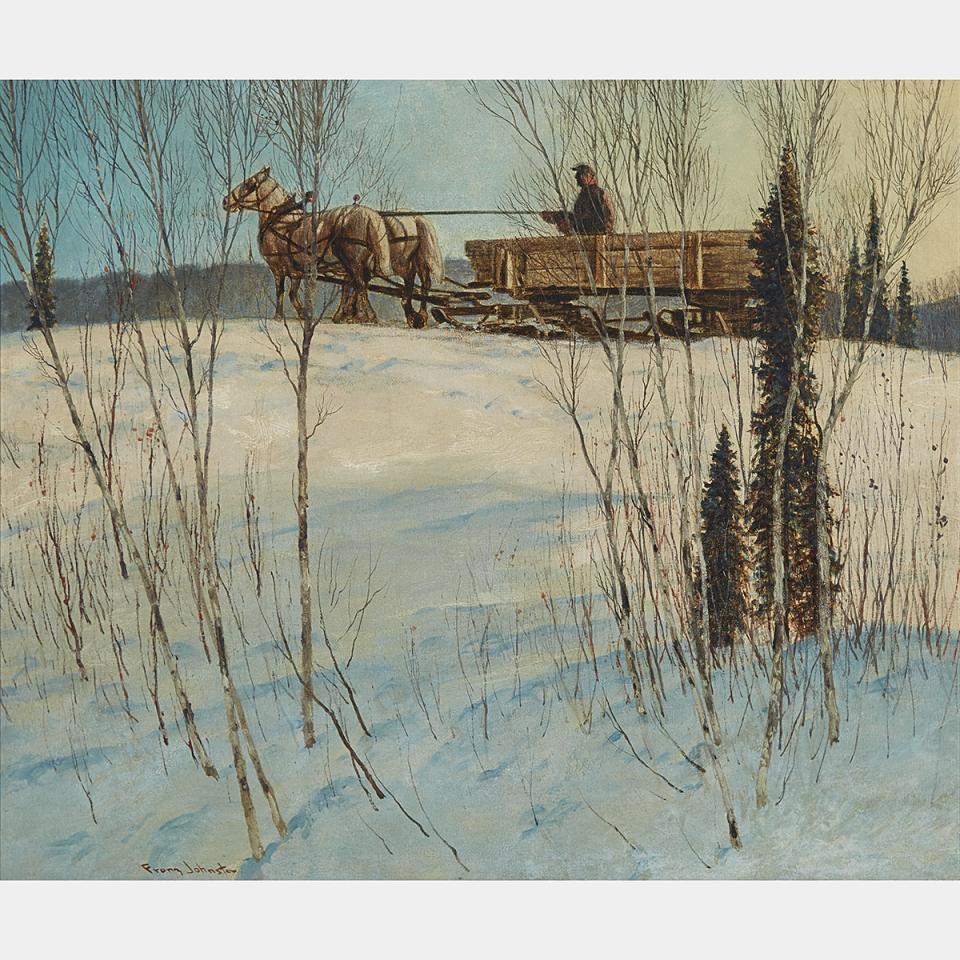 Franz Johnston’s (1888-1949) well known decision to leave the Group of Seven after a single public group exhibition consumed both sides of the debate over traditionalism versus modernism in Canada among art cognoscenti and the general public alike. The Toronto Star went so far as to publish the headline “Canadian artist deserts the extremist Group of Seven” while others saw Johnston as abandoning the cause in the great march towards modernization. But Johnston’s traditionalism was rooted in the rigorous training he had undergone in academic painting, which is often beautifully realized by an aesthetic that tends toward the atmospheric and decorative in contrast to other Group members. These ideological and stylistic differences, the offer and acceptance of a principal teaching position at the Winnipeg School of Art, and his feeling that the publicity surrounding the Group might potentially affect his sales, contributed to his decision to leave the Group in 1924. Johnston turned increasingly towards 19th century realism in his later career. Going Home, a pastoral winter scene, captures this affinity for more traditional theme and style.