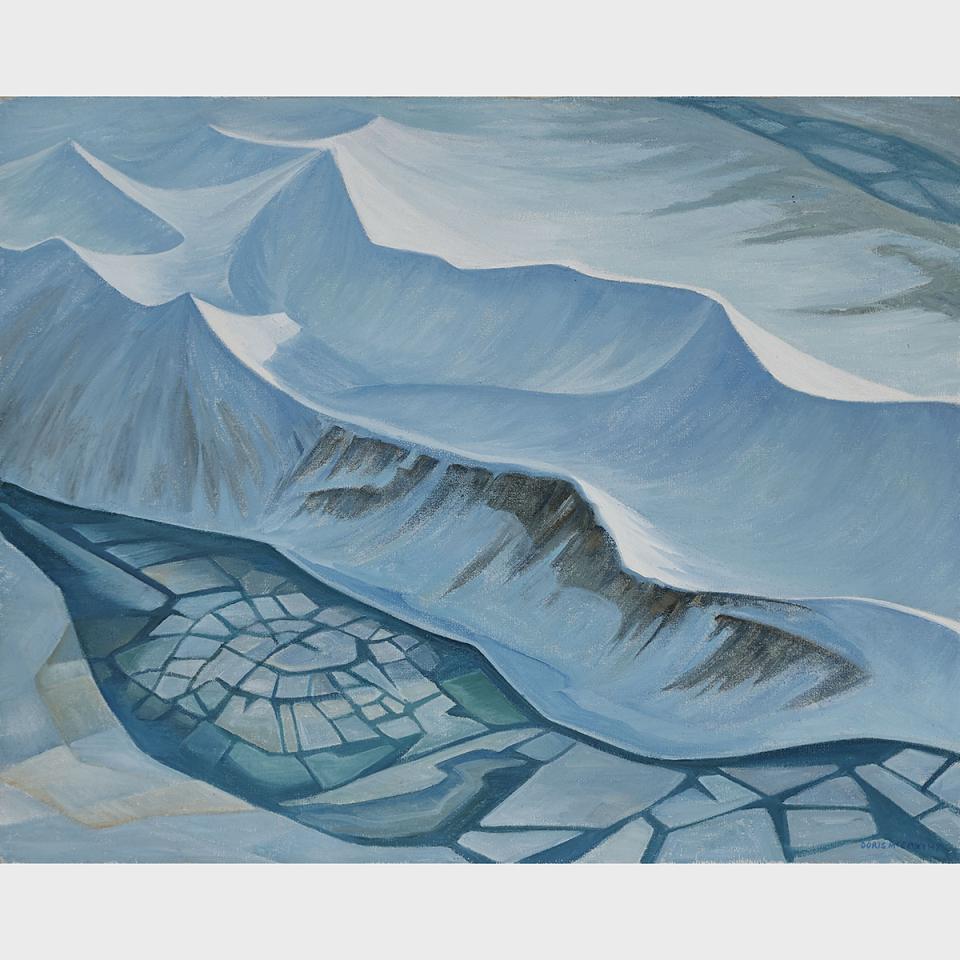 Doris McCarthy (1910-2010), who had been a student of Arthur Lismer and J.E.H. MacDonald at the Ontario College of Art, established herself in the Toronto arts community soon after graduating in 1930. From 1933 until her retirement in 1972, she was a full-time teacher at Central Technical School. While her early work was strongly influenced by the Group of Seven, McCarthy began to experiment with different forms of abstraction that were current in the 1960s. In 1972, she made the first of many trips to the Arctic. Starred Ice from the Twin Otter, probably painted in the mid-1970s, was inspired by the large patterns of the landscape which McCarthy could see from a small plane. From this elevated vantage point, McCarthy would analyze the forms of the landscape, which she would later reduce to a set of rhythms and patterns. She had worked this way in the 1960s, when flights over Georgian Bay had resulted in highly abstracted paintings.