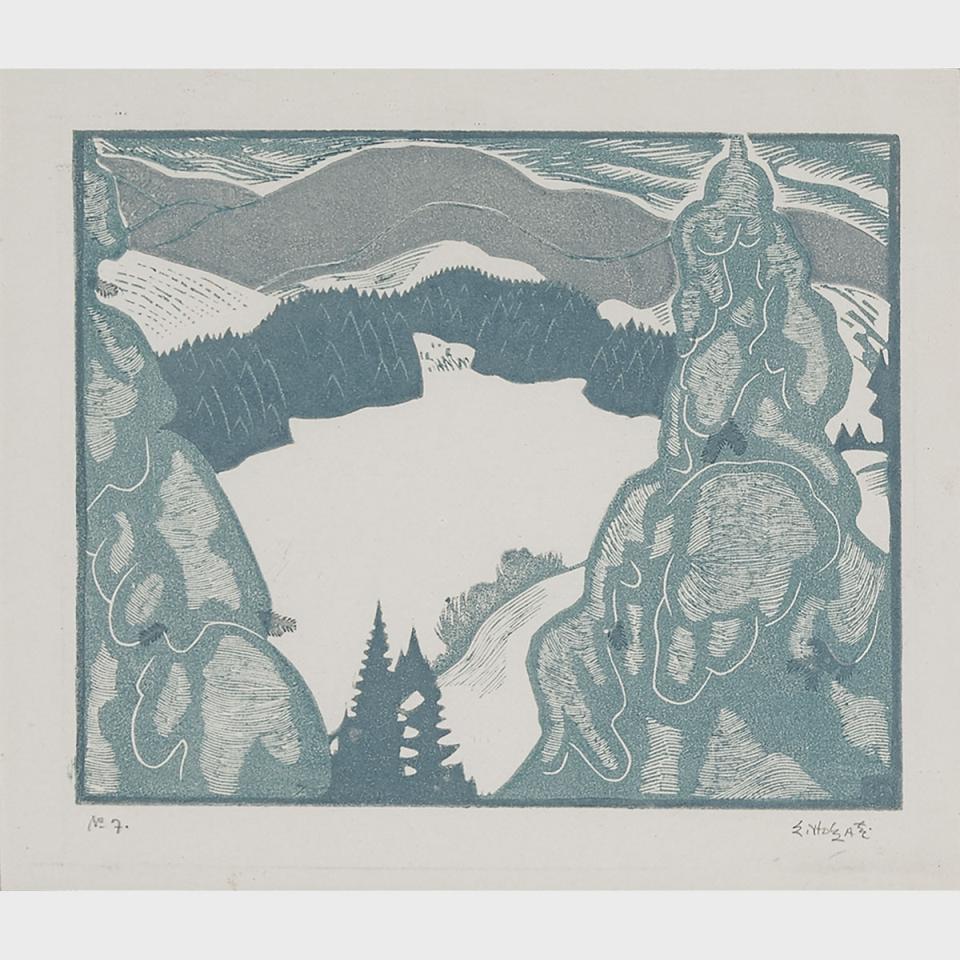 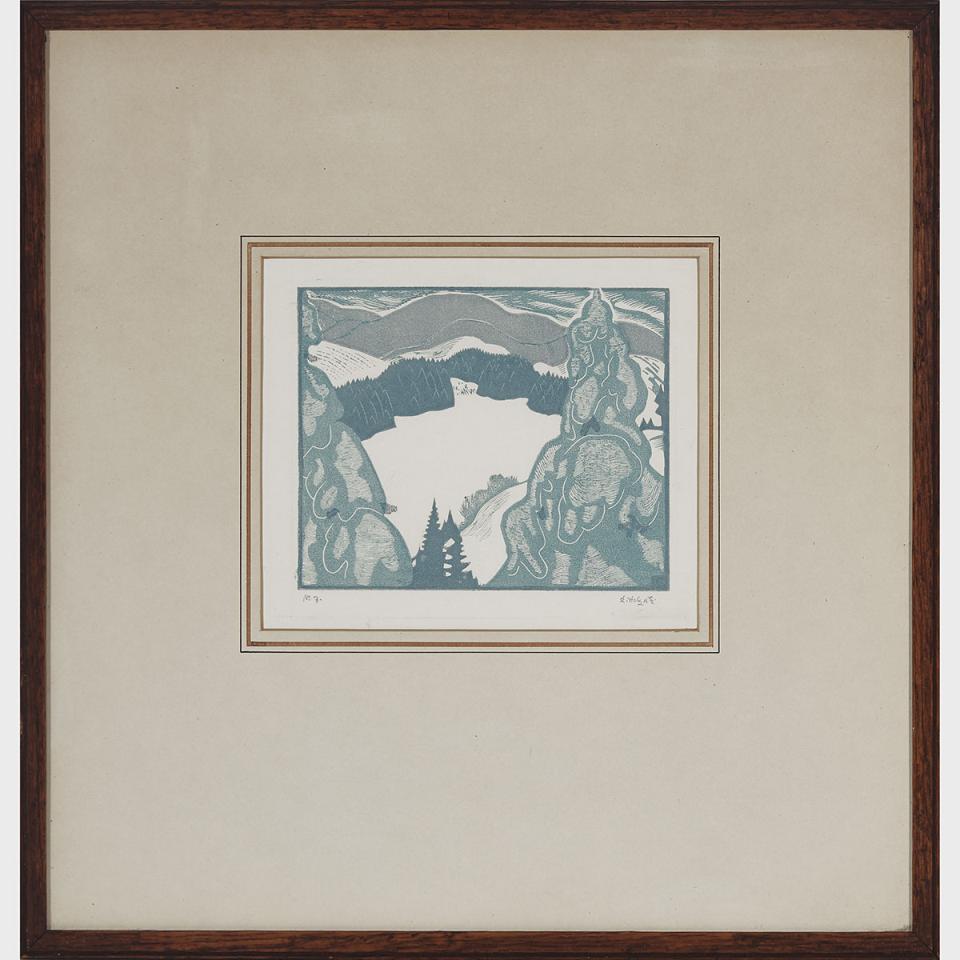 After serving in the First World War, Edwin Holgate (1892-1977) returned to Montreal to teach at the École des Beaux-Arts. He would become one of the founding members of the Beaver Hall Group in 1920. Holgate and the Beaver Hall Group were instrumental in ushering in a new wave of pictorial modernism in Quebec and beyond. This new modernist approach is most evident in Holgate’s wood engravings, where he sought to emphasize the “medium’s inherent aesthetics”.

There is a multicoloured engraving of Horse Shoe Lake in the collection of the National Gallery of Canada, however, in this lot, the use of colour is highly restricted. Despite this, through adept use and organization of light and dark, Holgate’s simplified version produces a highly successful result. The etched lines in the trees and sky stand in stark contrast to the pure white lake in the middle, adding volume and enlivening the composition with a highly pleasing rhythm.