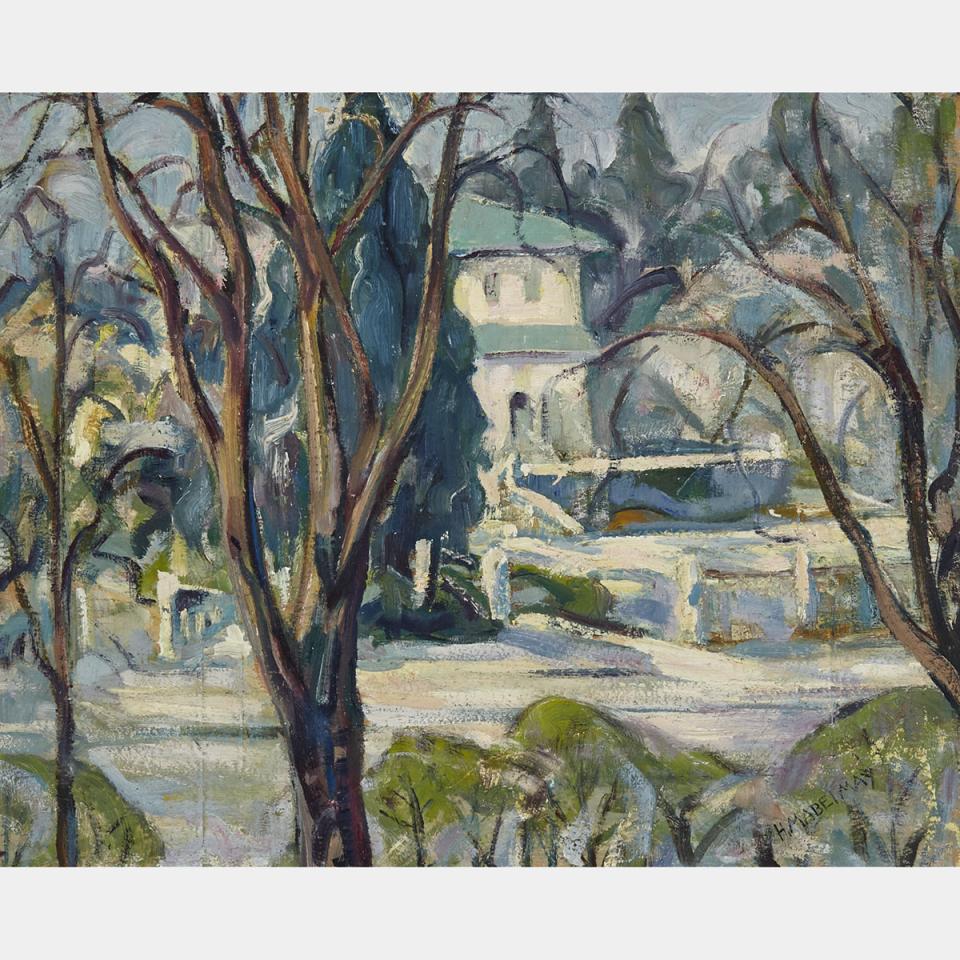 Despite a late start, Mabel May’s achievement was significant. According to Evelyn Walters, art critic Albert Laberge of La Presse “placed her in the highest ranks of Montreal painters and praised her powerful originality...”

Over time, her work became increasingly simplified in colour. An affiliation with a religious organization may account for this as Walter’s notes: “One of its tenets was that colours had spiritual significance. It is thought that she may have avoided strong colours like black and dark red because they were deemed to have a negative effect.”