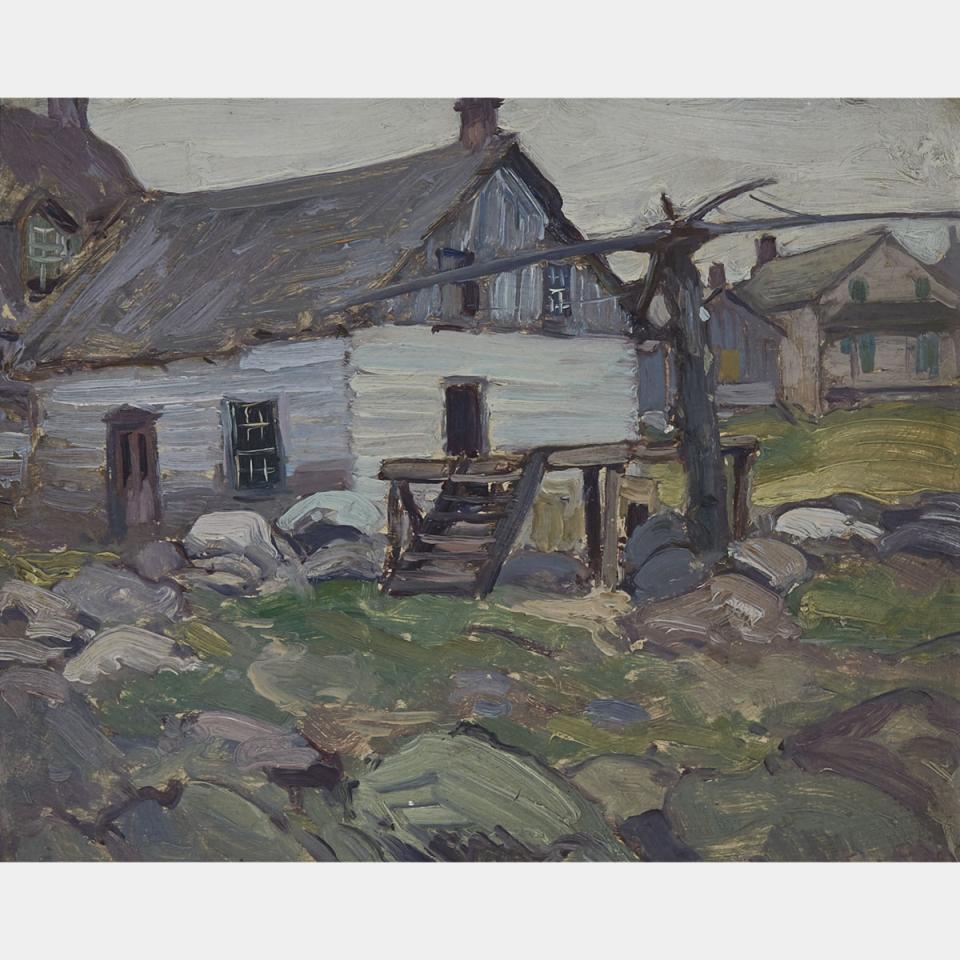 For a number of years before the Group of Seven formally introduced their artistic vision in 1920, the artists who would eventually form the Group had been making trips to Georgian Bay, Algonquin Park and Algoma—relatively remote areas north of urban centres—in search of appropriate subject matter. MacDonald, who left his position at Grip Limited in 1911 to spend more time painting, first visited Georgian Bay in 1912, and in the spring of 1913 made the first of two trips to Mattawa on the Ottawa River with his sketching partner, Lawren Harris. He made a second trip to Mattawa sometime around 1920, either before he took up a teaching position at the Ontario College of Art in the autumn of 1921 or possibly during one of the following summers, when he had time off from teaching.

On both trips, MacDonald made oil sketches of the local buildings in town—unusual subject matter for him, as he was not typically drawn to urban scenes. The composition in this later work is more dynamic, (the artist positions the viewer facing the corner of the clapboard structure, which gives it volume) the paint application is broader and freer, and the colours stronger and richer. The foreground is rendered in subtle variations of grey, green and mauve, and the paint thickly applied so as to give the rocks a sculptural quality. This would have appealed to Florence Wyle, the Toronto sculptor and friend of the Group of Seven who originally owned the painting. The increasing freedom of expression evident in MacDonald’s work from around 1916 was noted by Albert Robson in his monograph of the artist in 1937.