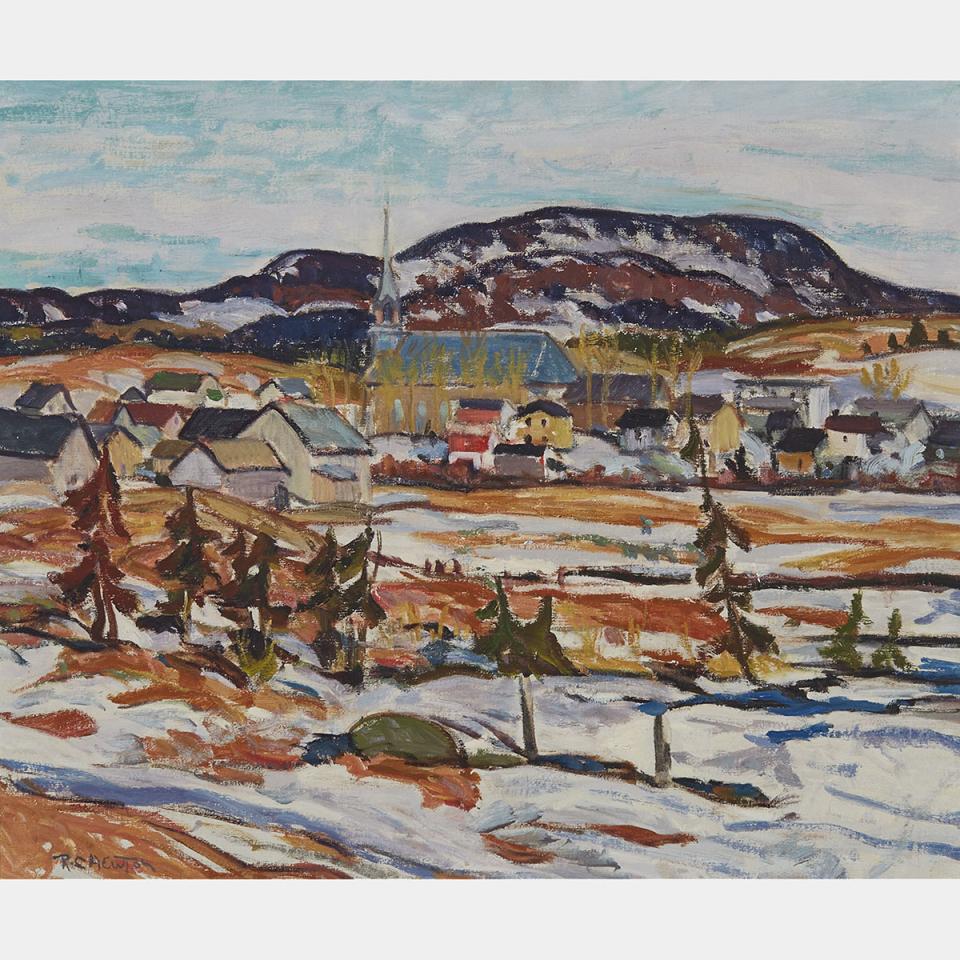 Hewton (like Robinson, see lot 72) had been invited to exhibit with the Group of Seven at their inaugural exhibition in 1920 as a result of his friendship with A.Y. Jackson, whom he had met in Paris in 1912 and with whom he often sketched. It is upon this early exposure to audiences as a landscape painter that his reputation was first popularly established.

Whereas the figurative work of Hewton has increased in popularity having been underscored by exhibitions such as Modern Colours: The Art of Stanley Hewton in 2001 at the Art Gallery of Hamilton and the current Beaver Hall exhibition making major stops across Canada, it remains that landscape was a great passion of Hewton's. He particularly seems to have enjoyed the camaraderie sketching trips afforded and partook in trips to the Lower St. Lawrence on numerous occasions with Jackson and others, including Banting, Holgate and Gagnon.

His great talent was as a colourist, who some said was "unequaled in Canadian Art."

Hewton demonstrated himself to be among the most talented of his generation and was influential as the successor to William Brymner when he became director of the Art Association of Montreal. His influence also extended to membership in the selection committee for the famed Wembley Exhibition which introduced Canadian painting to a broad British audience.