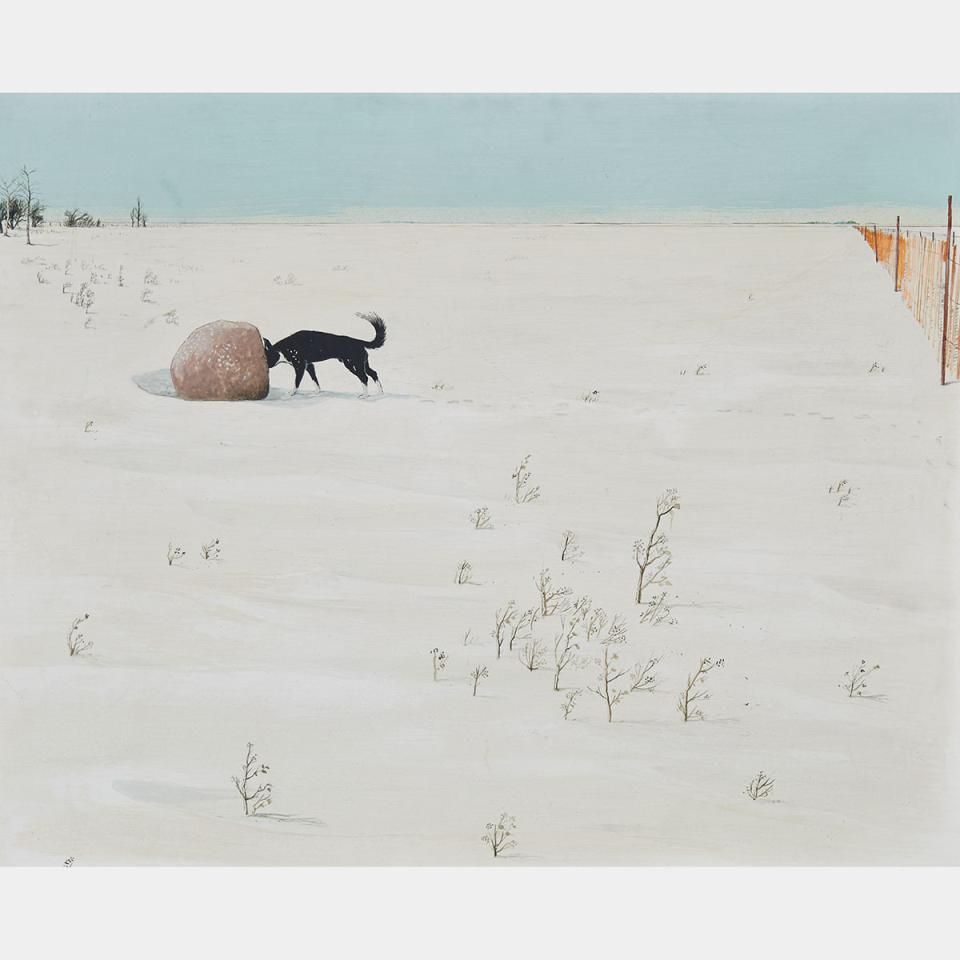 In 1957, William Kurelek converted to Roman Catholicism (he had previously been an atheist), and soon after returning to Canada, became involved with the Catholic Information Centre in Toronto. The conversion of others to Catholicism and the salvation of souls through his art became a personal mission. In May 1963, at his third exhibition at the Isaacs Gallery entitled, “Experiments in Didactic Art,” Kurelek first showed religious and so-called instructive works (They were often in the spirit of sixteenth century artist Pieter Breugel’s parables). From here on in, his goal was to alternate a secular series of work with a religious or instructive series. In February of that year, he had made his first trip to Western Canada to document the places where he had grown up. These studies would provide a rich source for his work.

Kurelek set Dog and Rock on the family farm in rural Manitoba, a place that held special significance for him and served as a setting for secular and didactic works alike. The painting, which features the family dog investigating a large, solitary rock may be based on Kurelek’s recollection of a real occurrence from his past. The animal’s prints in the snow indicate that it has made a sudden ninety degree turn to the left, deviating from his path alongside the fence, probably having caught a whiff of something interesting. Apart from a few dead weeds that protrude from the snow, there is little that breaks the vast, barren plain—accentuated by the high horizon line and the fence which runs unbroken to meet it. It is no wonder that the dog was drawn to the rock like a magnet. Kurelek’s keen observation and penchant for detail have captured the essence of winter on the prairies and the behaviour of man’s best friend.