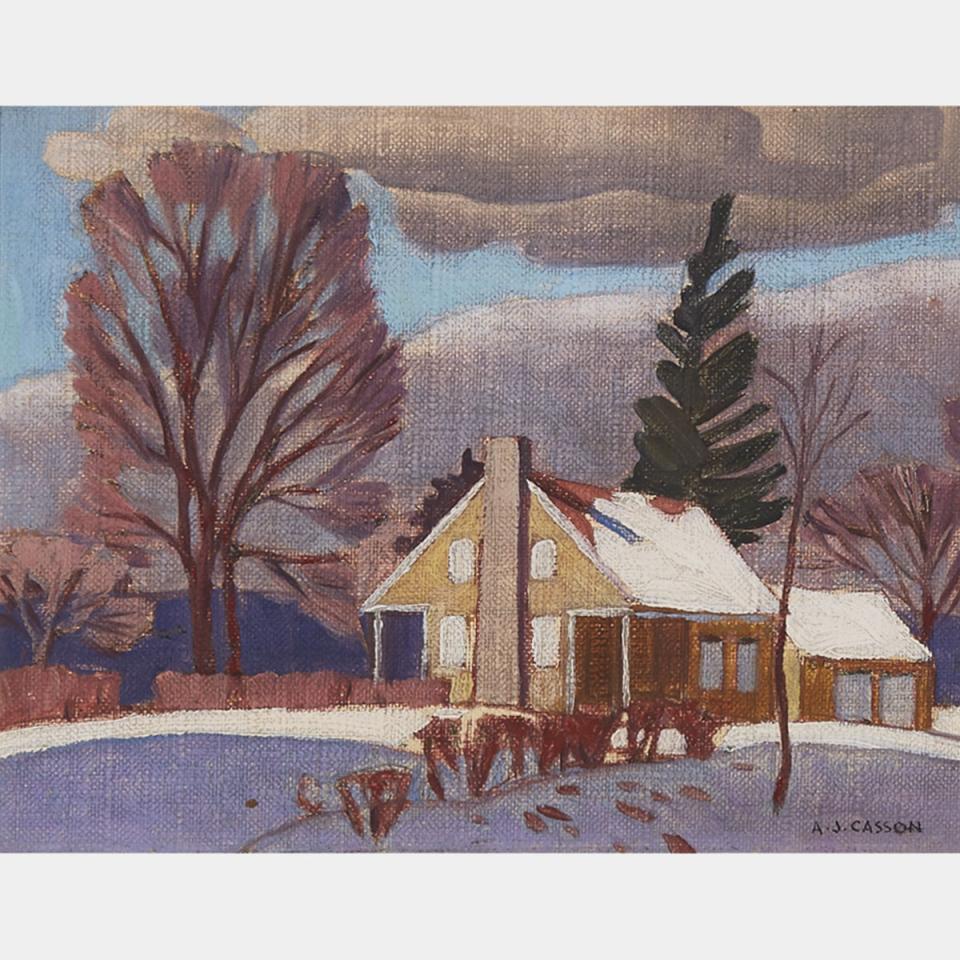 Casson excelled at capturing the villages, general stores or lone farmhouses of Ontario whose picturesque charm he conveyed expertly in all media, whether graphite, watercolour or, in this example, oil. This specialization set him apart from his Group colleagues whose preoccupation was landscape untouched by man. Undeniably pretty, there may be more at play in such works than is readily apparent.

In this diminutive canvas, the cottage in winter speaks to a time of rest between planting and harvest, when weather forces a welcome change to the quotidien rhythm.

Casson often leaves evidence of freshly fallen snow on his steep pitched roofs. A descriptive as well as compositional decision, it also serves to comment on the effectiveness of the sturdily constructed farmhouses of hardy Ontario farmers. The snow on the peak of Morgan cottage has melted under the winter noonday sun. However, no heat has escaped through the well-insulated farmhouse roof which protects its unseen inhabitants who enjoy the much earned rest winter affords.

Early scenes such as this work, executed in 1935, show Casson originating the motifs for which he would be best known.