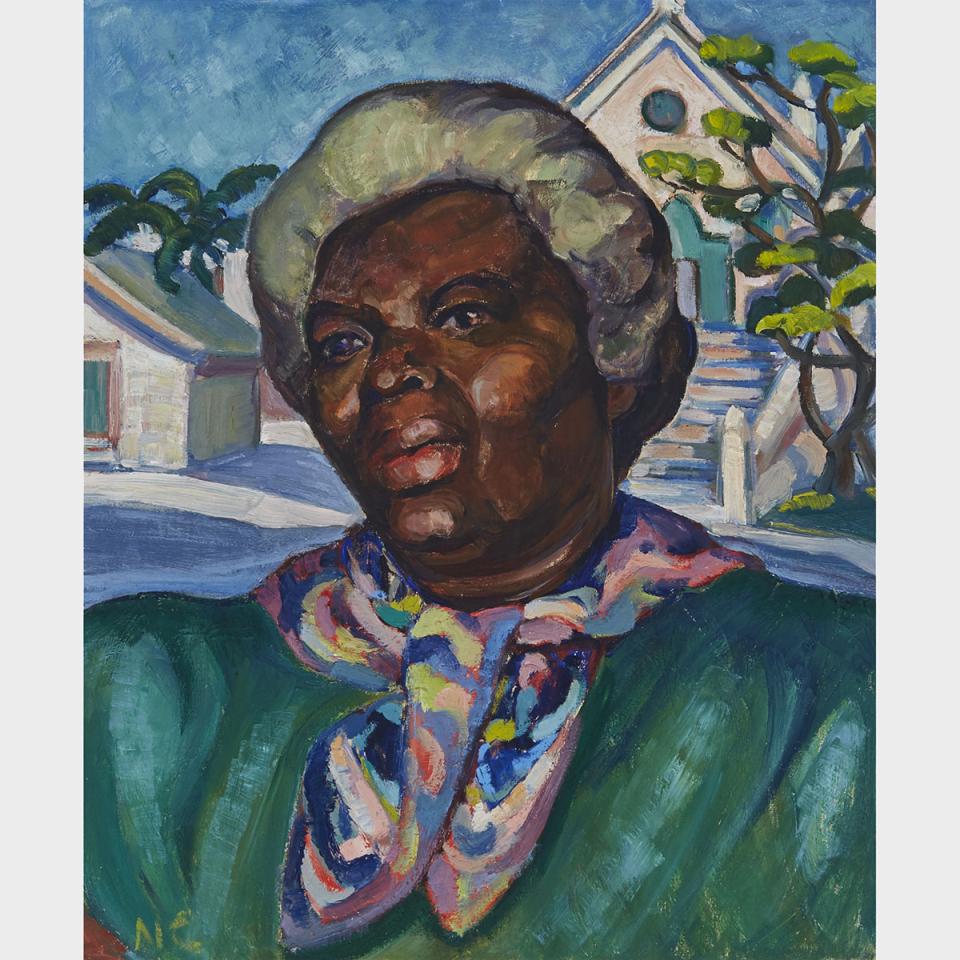 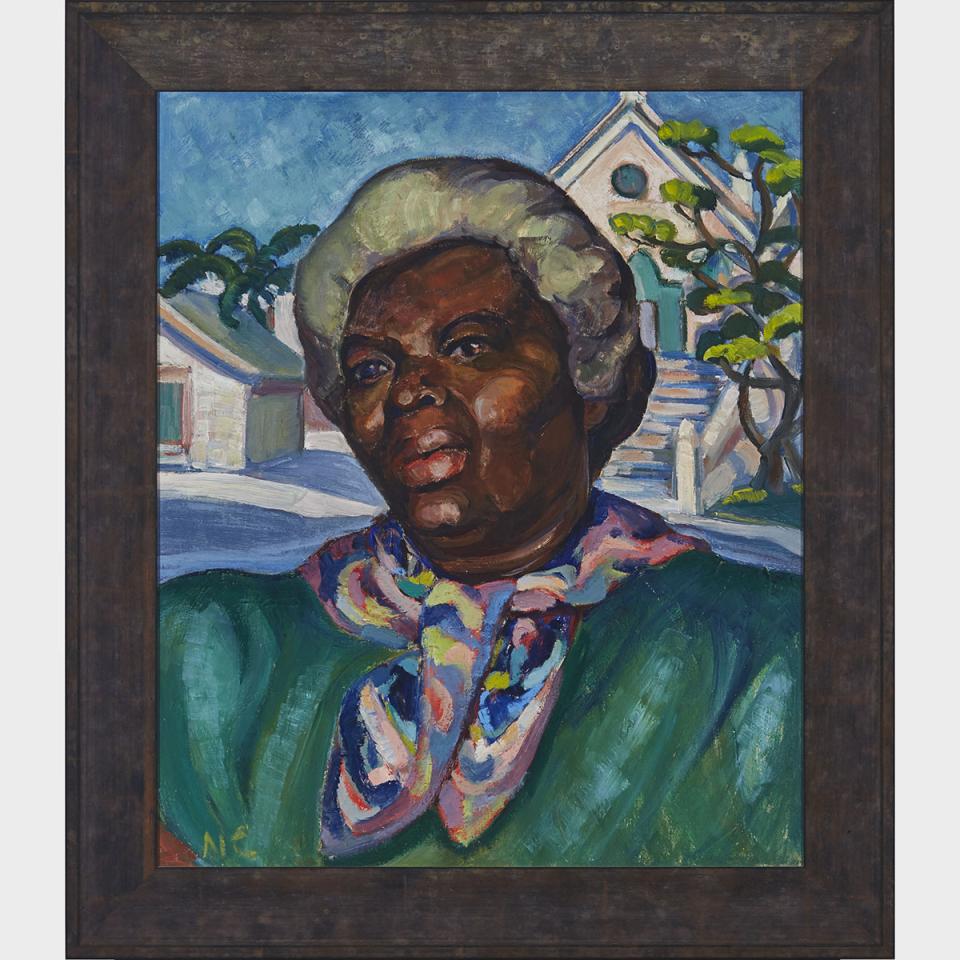 Gift of the artist
By descent through the artist’s family

Nora Collyer is known for her rich landscapes of rural Quebec (see lots 6 and 7), however, Esther Trépanier notes that “Portayal of the human figure in a landscape setting was another characteristic feature of the works of several Montreal artists pursuing a modern practice during the 1920s.” Typically the three dimensional figure dominated the composition and was positioned against a flattened background. While the landscape was not always linked to the sitter – often the relationship was more formal than personal- in this case the choice of a landmark so immediately identifiable with Bermuda is not arbitrary. While we have not been able to identify Alberta, her authoritative almost regal pose suggests she was linked to the church in a leadership capacity. There is a formal connection, too. The pinks, blues and creams of Alberta’s scarf are repeated in the church, and the fluffy foliage of the trees is echoed in her coiffure.

St. Peter’s Church is the oldest standing church in Bermuda, dating back to 1612 when it was built to establish a community in the newly discovered parish of St. George. Intentionally planting a Christian church in the middle of the “new world,” the church marked the beginning of Christian worship in the country of Bermuda.