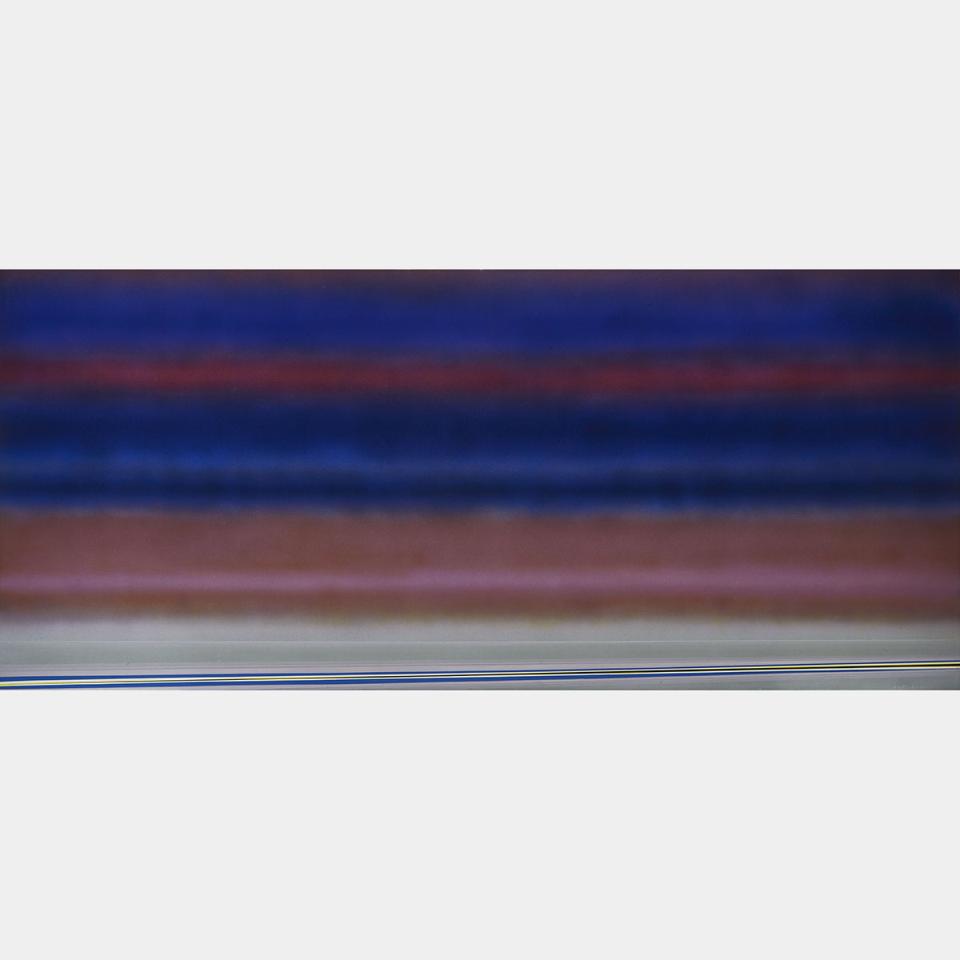 AFTER THE NIGHT COME THE DAY 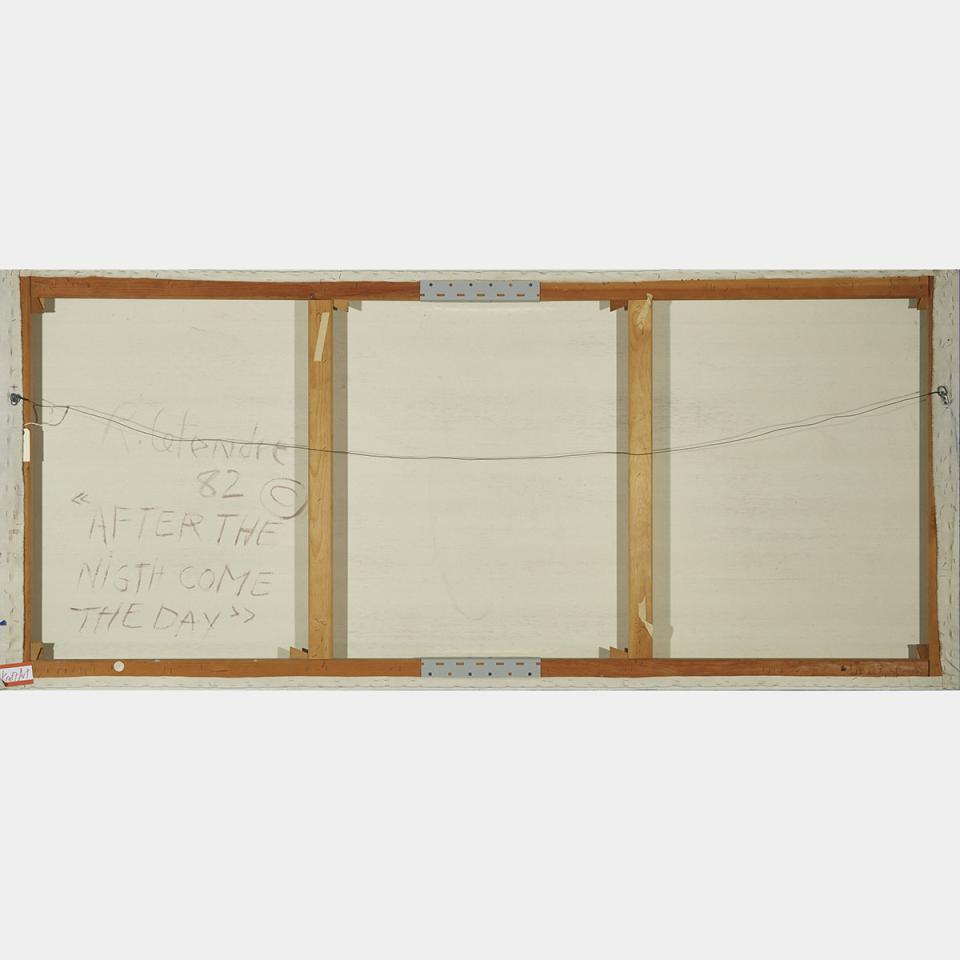 Rita Letendre worked within the automatiste milieu and as such her early works are highly gestural with an expressionist application of paint evoking images of flames or explosions emerging from dark, unknown backgrounds. However, Letendre would abruptly reject this idiom in favour of hard-edge geometric paintings.

Her work began to feature diverging, converging or parallel rays or vectors as her prime motif. Though originally hard-edge, by 1971 with Letendre's introduction to the air brush, these bands of radiating colour began to develop a softness where they met at the adjoining bands' edge. Some critics interpret this as a return to the "atmospheric notions" Letendre had been investigating during her automatiste period and remark upon "luminous modulations which electrify the canvas," as seen in this lot. According to Dennis Reid, Letendre stopped using the airbrush in 1996.

The AGO owns a major 1983 acrylic on canvas by Letendre called, Daybreak. Daybreak was painted after her partner, Kosso Eloul, went through a serious health scare and began recovering. Although this lot and the AGO painting suggest new beginnings and hope, they both share many affinities.

Greg Humeniuk writes: “Daybreak is a major statement in Letendre’s career in the early 1980s that demonstrates her confidence using an airbrush to create paintings. The hopeful and optimistic connotations of the title (of the AGO painting and this lot) are consistent with Lentendre’s titling - e.g. Serenity (1983), Lumière Intérieure (2001).”

RITA LETENDRE, R.C.A., AFTER THE NIGHT COME THE DAY