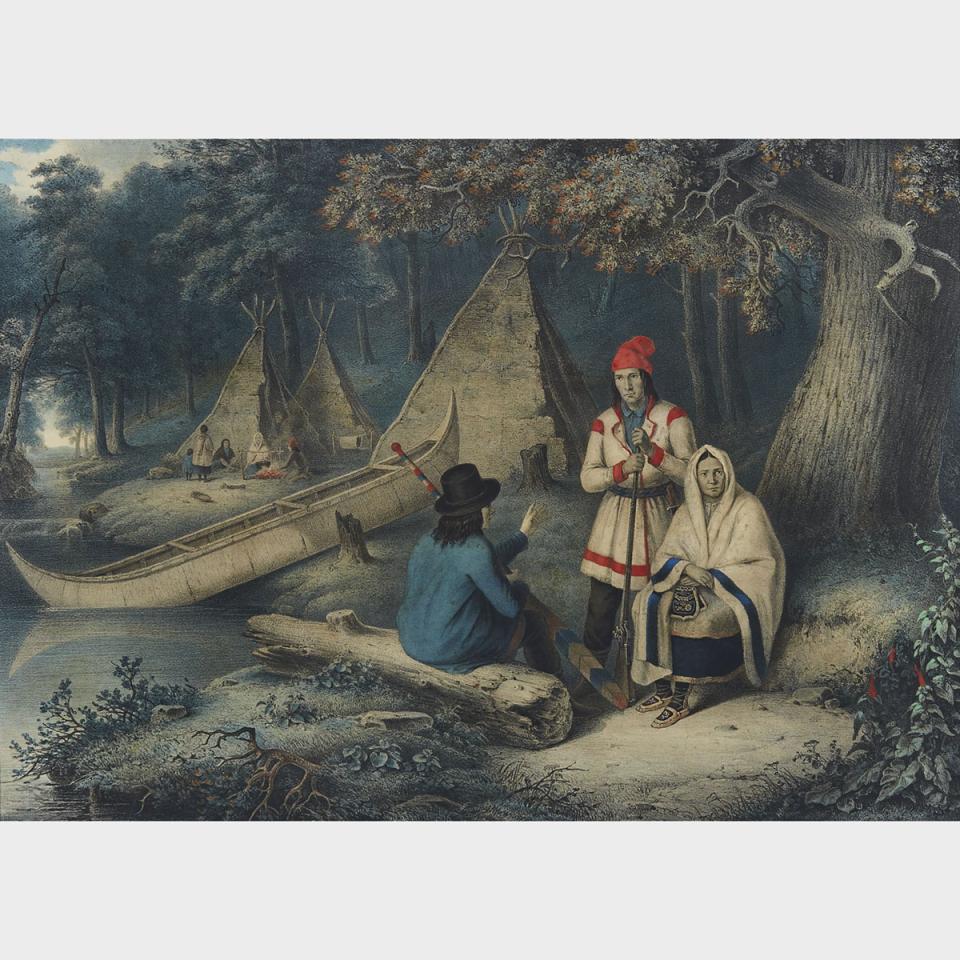 These lithographs were published by A. Borum of Munich under the patronage of Lord Elgin, then Governor of Canada.

Jouvancourt explains that Krieghoff and Lord Elgin met while “the latter was passing through the village on a tour of inspection.” Seeing his work Elgin “was full of praise for this kind of painting describing the life of the people living in this corner of the province and was struck by the variety of subjects treated by the painter. Since lithography was then all the rage, Krieghoff explained that he intended to choose some of his most typical paintings and have engravings made of them. Lord Elgin thought this an excellent idea and offered his patronage... Later that year, coloured lithographs printed by Kammerer made their appearance...and were an immediate success.”

Dennis Reid, Krieghoff: Images of Canada, Douglas & McIntyre, Vancouver/Toronto, 1999, pages 33-36 for four related lithographs, reproduced in colour, and pages 62-63 for a discussion of the Montreal prints.