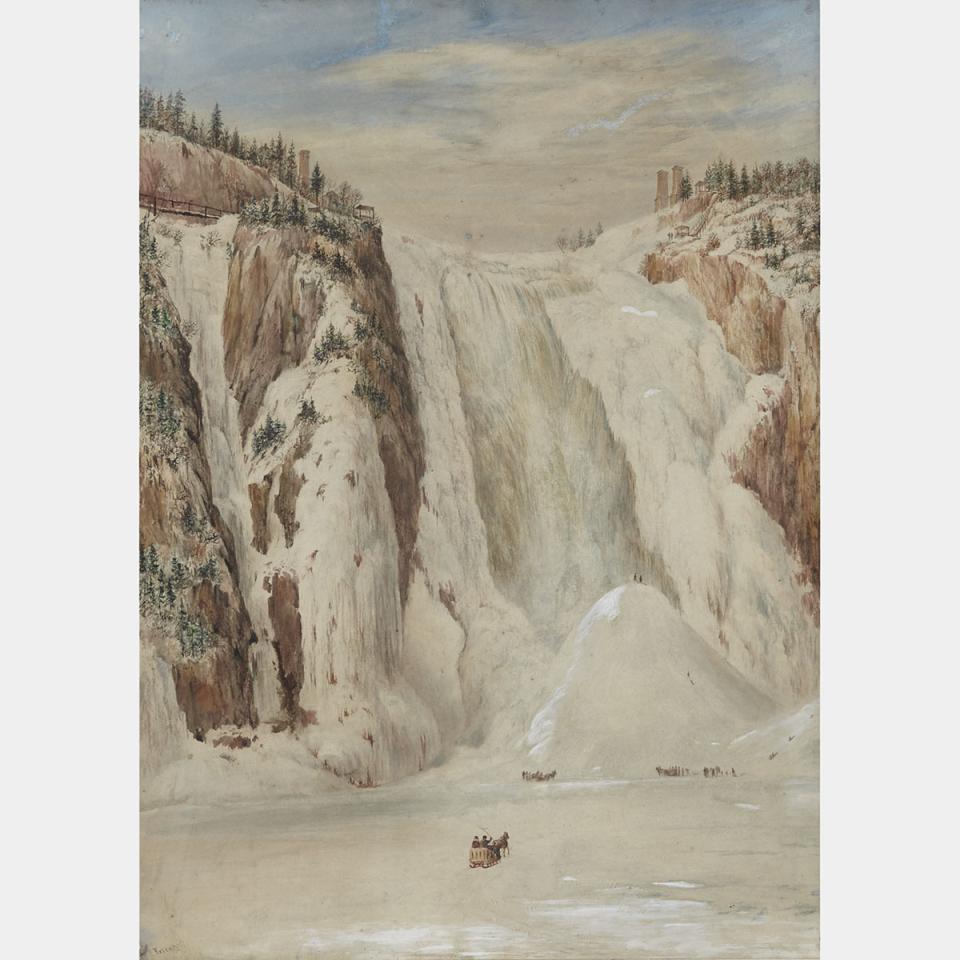 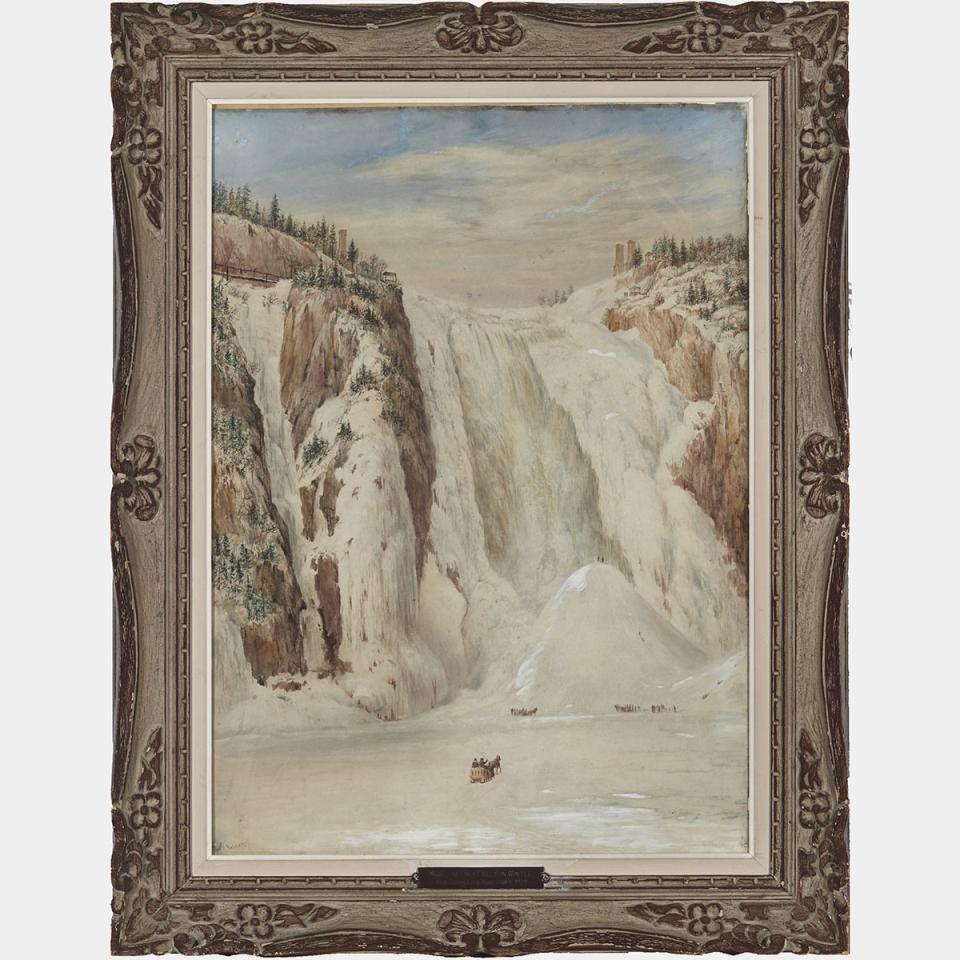 After a very challenging year in 1852, Krieghoff took the decision to leave Montreal for Quebec City. In the early 1850s, he had met John Budden, a dealer/auctioneer who would become one of Krieghoff’s closest friends and through whom the artist was encouraged to move east.

According to Barbeau, “No sooner had Krieghoff landed at Quebec with his family than Budden called out, ‘Now, my dear fellow, let’s go to Montmorency Falls’.” Barbeau continues: “Budden who had a flair for business took Krieghoff to Montmorency Falls and Indian Lorette in the late winter of 1853. There they would meet important Quebec people on their own favourite playgrounds.” Krieghoff painted the falls in all seasons and there are oils, watercolours and lithographs of this subject. However, Barbeau singles out Montmorency in Winter, an oversize watercolour that is very likely this lot, as “the largest and finest.” In his catalogue raisonné of the artist, Barbeau includes Montmorency Falls in Winter, an upright watercolour from the collection of W.P. Hickey, Esquire, exhibited at both the National Gallery of Canada and the Art Association of Montreal in 1934, describing it thus:

“Falls in winter with ice cone. Pillars of fallen bridge at top. Smaller fall to the left. Observation stand near top to the left. A berline going towards foot of falls; two people in. Two groups of horses and people at the foot of the cone; someone with toboggan; two people on top of cone. Blue sky with clouds. The largest known water colour of Krieghoff; vigorous.”