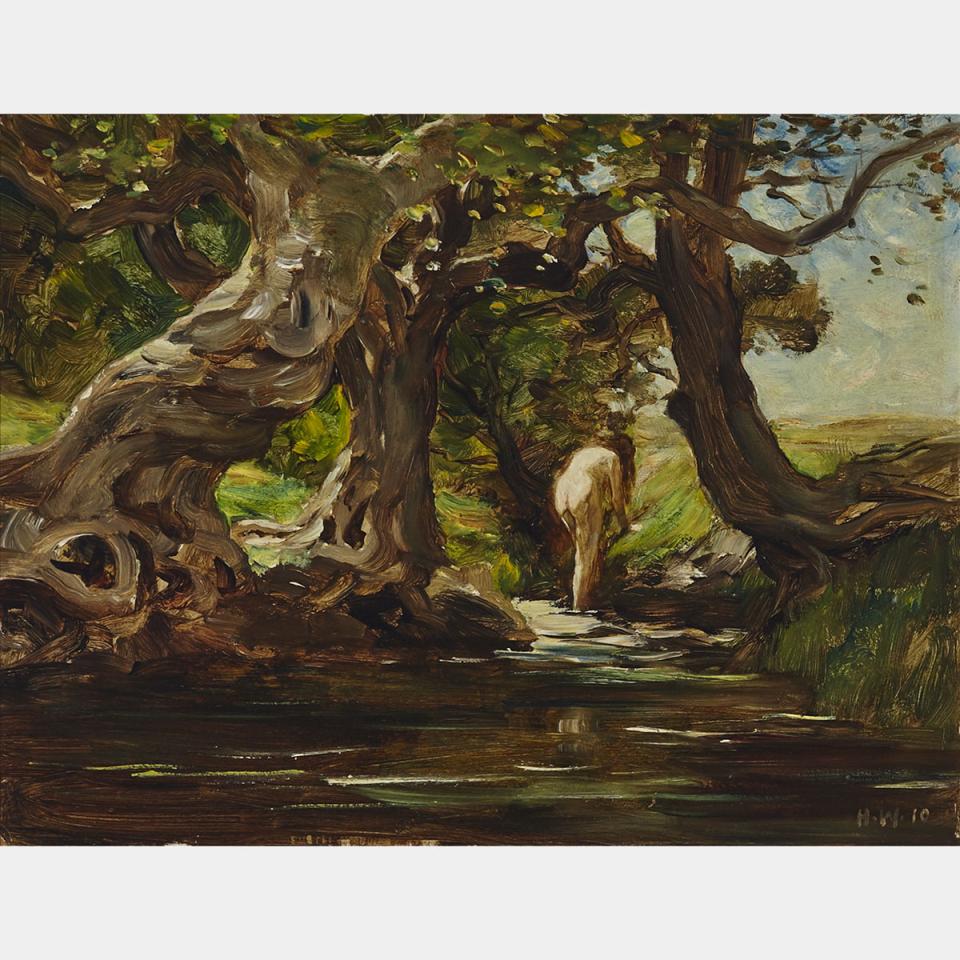 The passage of time has quieted the acclaim that once buzzed around Horatio Walker who, with only Morrice as a possible contender, was the most famous Canadian painter of his generation. David Karel notes: “Walker is among those whose presence lent distinction to the artistic events during the first twenty years of the twentieth century.” Karel argues that in as much as Walker was a cosmopolitan painter rather than a nationalistic one, his influence began to diminish with the rise of the Group of Seven. Nonetheless, our respect for works by early Canadian painters, such as Walker, who banded together as the Canadian Art Club, and our admiration for the Group of Seven that followed needn’t be positioned as a choice between either/or. Rather, both periods are best considered in the context of the values they represented.

Walker exhibited regularly in New York and London. His paintings are found in the collection of the Met, the Corcoran, the Carnegie and other major galleries throughout the world.