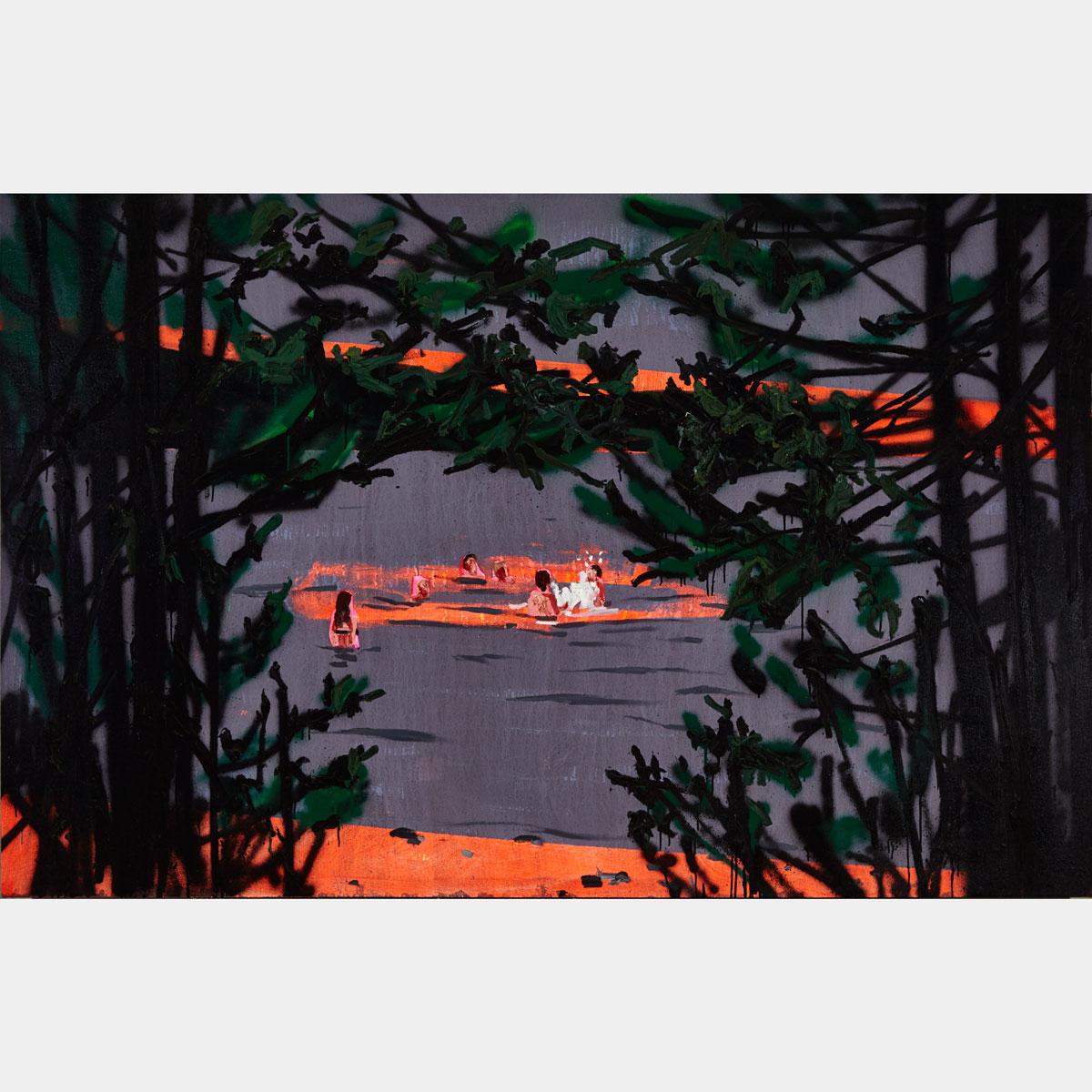 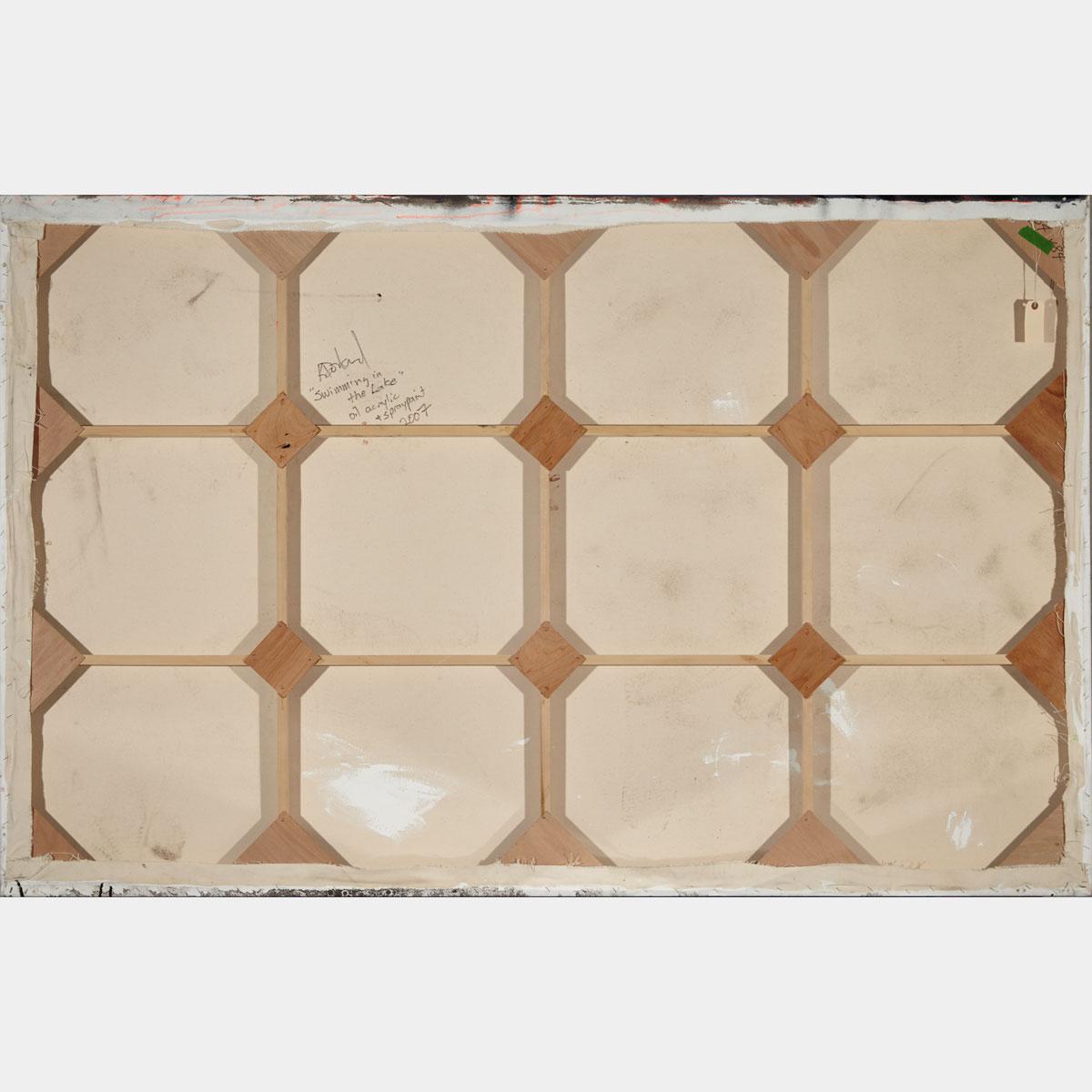 Kim Dorland emerged on Canada's art scene shortly after graduating from York University with an M.F.A. in 2003. After 2005, he began the practice for which he is now known: building up his paintings with thick layers of impasto, directly from the paint tube or using knives and improvised implements, until the nodules of paint become so heavy that they sometimes require anchoring to the canvas with screws. Ever since then Dorland has been enjoying international fame as one of Canada's preeminent mid-career painters.

Dorland is a native of Wainwright, Alberta, and his work in the 2000s drew heavily on the youthful memories of his self-proclaimed "white trash" upbringing in the Prairies. Images of teenagers loitering in the woods, as in Wooded Area and Fire Pit of 2006, are quick to condemn the apathy of these youths while the artist's signature flares of fluorescent colour build an eerie landscape that is not to be trusted. Dorland's decade-long exploration of wooded scenes once elicited the comment: “I am in awe of nature but I'm also scared to death of it" in an interview.

Swimming in the Lake completes this narrative in a less direct, voyeuristic way than the more confrontational paintings Dorland produced between 2005 and 2010. Employing a wide array of painting techniques, including airbrush and thin, scraping brushstrokes, the canvas is kept to a low profile and the action centred within a proscenium arch of graffiti-like trees. The viewer stands deep in the forest, peering out into the clearing and the action on the lake; an evocative memory, or a cautionary tale.

In 2013 Dorland was the first artist to participate in the McMichael Art Collection's revamped artist-in-residence program, a venture which brought his work to more Canadians than ever before. The resulting canvases were shown alongside those of iconic Canadian painters like Tom Thomson, David Milne, and Frederick Varley in the exhibition You Are Here: Kim Dorland and the Return to Painting.

Dorland has shown internationally in Milan, New York, Chicago and Los Angeles. His paintings are in a number of public collections, including that of the Musée d’art contemporain de Montréal, Calgary’s Glenbow Museum, and Berlin’s Sander Collection, as well as numerous corporate and private collections.