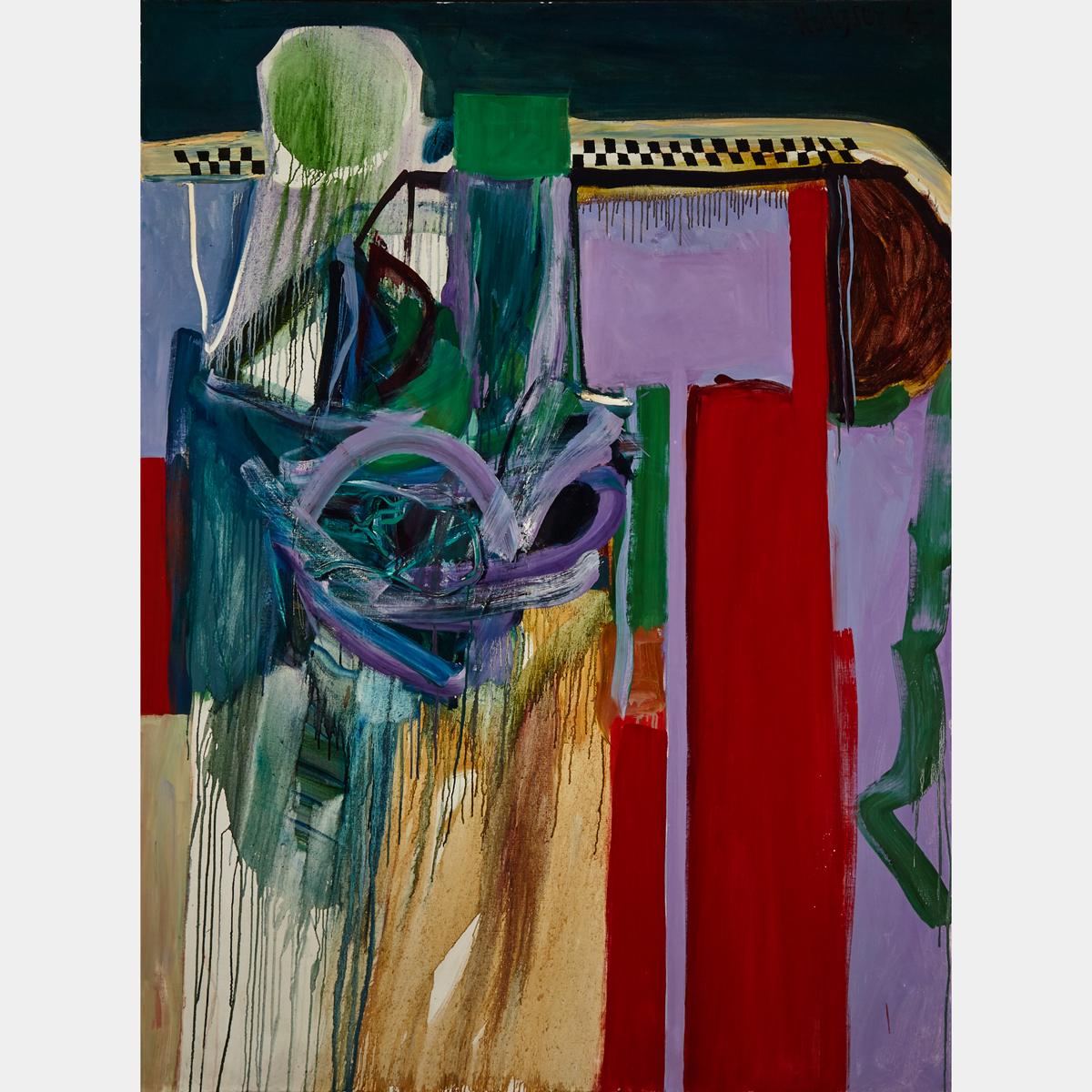 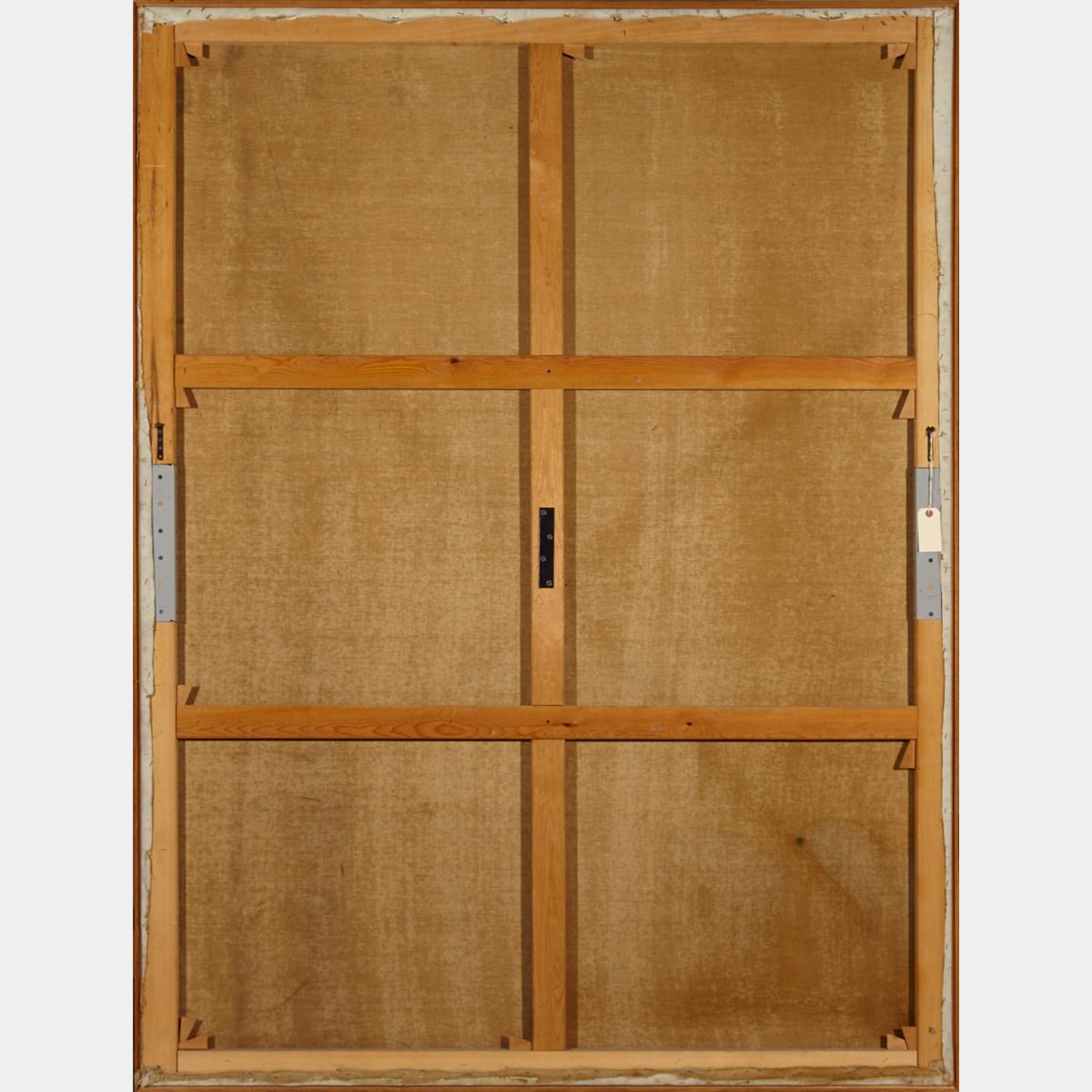 Tom Hodgson was known as an abstract painter and a champion canoeist who competed for Canada in two summer Olympics in the 1950s. After studying art at Toronto’s Central Technical School and Ontario College of Art (now OCAD University), he worked as a commercial artist (1946-1967) like many of his contemporaries. Having chosen abstraction as his preferred form of artistic expression in the late 1940s, Hodgson became a member of Painters Eleven (1953-1960), a diverse group of abstract painters which included William Ronald, Harold Town and Oscar Cahén. Painters Eleven had no manifesto, but it succeeded in opening the Toronto public’s eyes to new forms of art that went beyond the Group of Seven and Canadian Group of Painters. Hodgson was particularly influenced by the work of Oscar Cahén whose tragic death in 1956 affected him profoundly.

The influence of Cahén persists in Checkered Cab in the elongated geometric forms and unusual colour juxtapositions (the flatly painted areas of red and mauve, for example), similar to Cahén’s characteristic combinations of red, pink, violet, blue and black. The tracks left by dripping paint and the rapid free brushwork just left of centre signal the influence of the American Abstract Expressionists known as the action painters; Willem de Kooning, in particular, interested the young Toronto painters. Another influence of the Americans was the large scale of the work. Before Hodgson visited the Pittsburgh International Exhibition of Contemporary Painting in 1955, (in which a work of his was included) he was using masonite as a support which limited the size of his paintings. After seeing the huge oil on canvas paintings in Pittsburgh, he abandoned masonite, returned to stretched canvas, and began painting on a much larger scale.

Checkered Cab is characteristic of Hodgson’s work of this period. David Burnett has described the surfaces of these pictures as “energetic, accumulative, and gestural” combining paint of varying thicknesses, drawing and sometimes collage. They record the artist’s response to stimuli in his immediate environment—an album cover, a picture in a magazine, or the distinctive checkered branding of a taxi company. There is a temptation to read the knot of gestural brushwork and two strips of peach-stained canvas on the left side of the picture as a female passenger either entering or alighting from the taxi (Hodgson did figure studies and portraits throughout his career), but the image remains tantalizingly ambiguous.