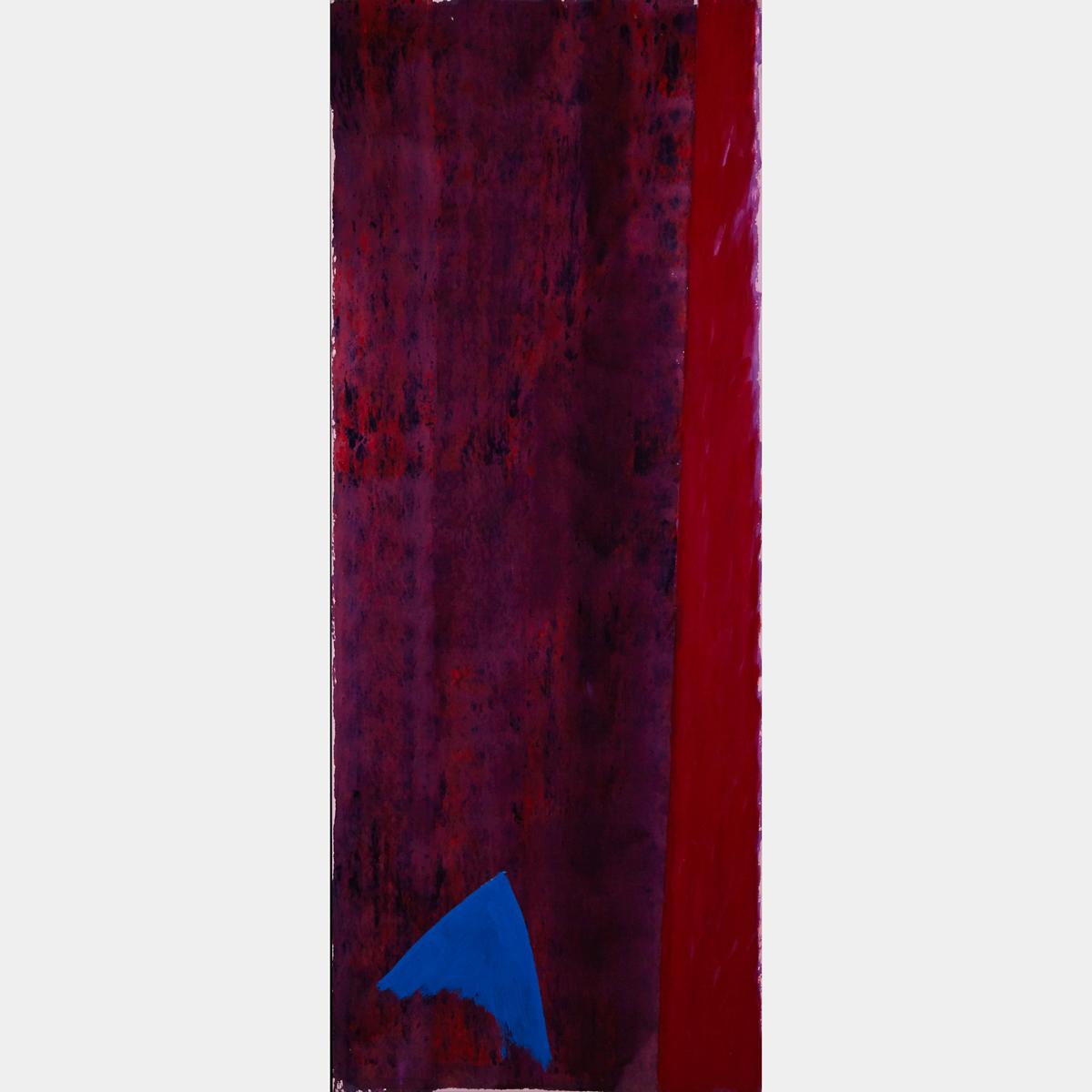 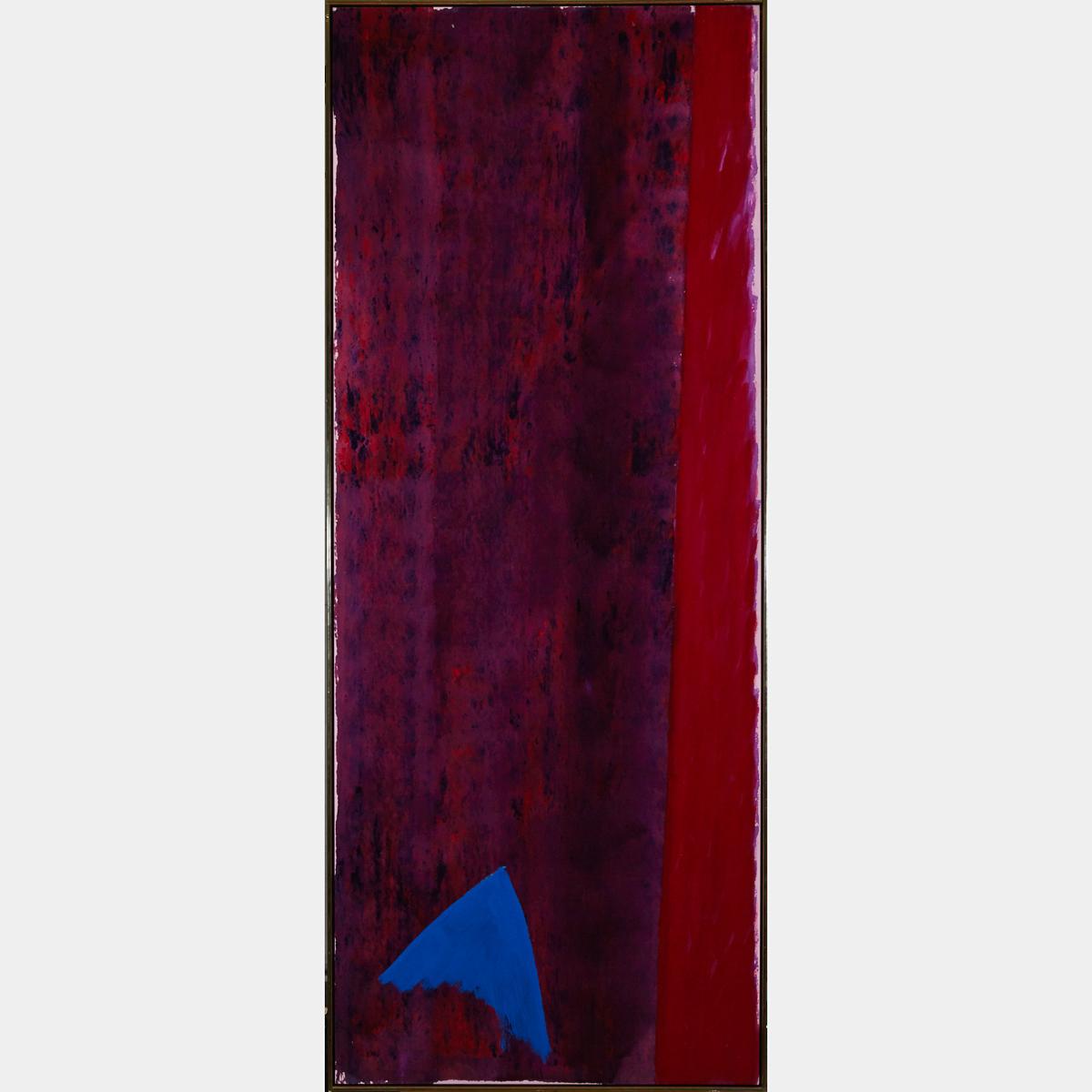 In contrast to the works of the early 1960s, by the late 60s and early 1970s, Millard observes that “...Bush now began to explore less pristine applications of his grounds... (discovering) that if the thinly rolled paint of the grounds contained a certain amount of unassimilated pigment, the result was a pleasing modulation that produced a yielding, although not atmospheric, foil for the flat shapes on top of them.

By 1970 this combination of open ground and carefully described colour areas, which first appeared in 1969, had become prominent in Bush’s work, and from 1971 until his last paintings in December 1976 it was his exclusive format.”

Marc Mayer writes: “Arguably the most important innovation his work saw was the appearance of the prepared ground. By rolling and later sponging only partially blended colour onto the canvas, covering it completely, he presented a textured, granite-like surface upon which he deployed colour. In simultaneous consequence, he restored space to the roster of pictorial element in his work, but it is a fictive space, an expression of breadth without depth. Upon this infinitesimally shallow ground he coordinated the calligraphic figures that survive his prolonged adventure in the realm of flatness.”

A further characteristic of this period is Bush’s “(p)ulling the grounds away from the edges of the canvas (which) gave them shape and suppressed suggestions of infinite extent.” Typically, as can be seen in this lot, Bush allowed a margin around the central composition to remain which was often “toned down with either a neutral hue” or, as shown here, with “a lighter version of the ground colour.”