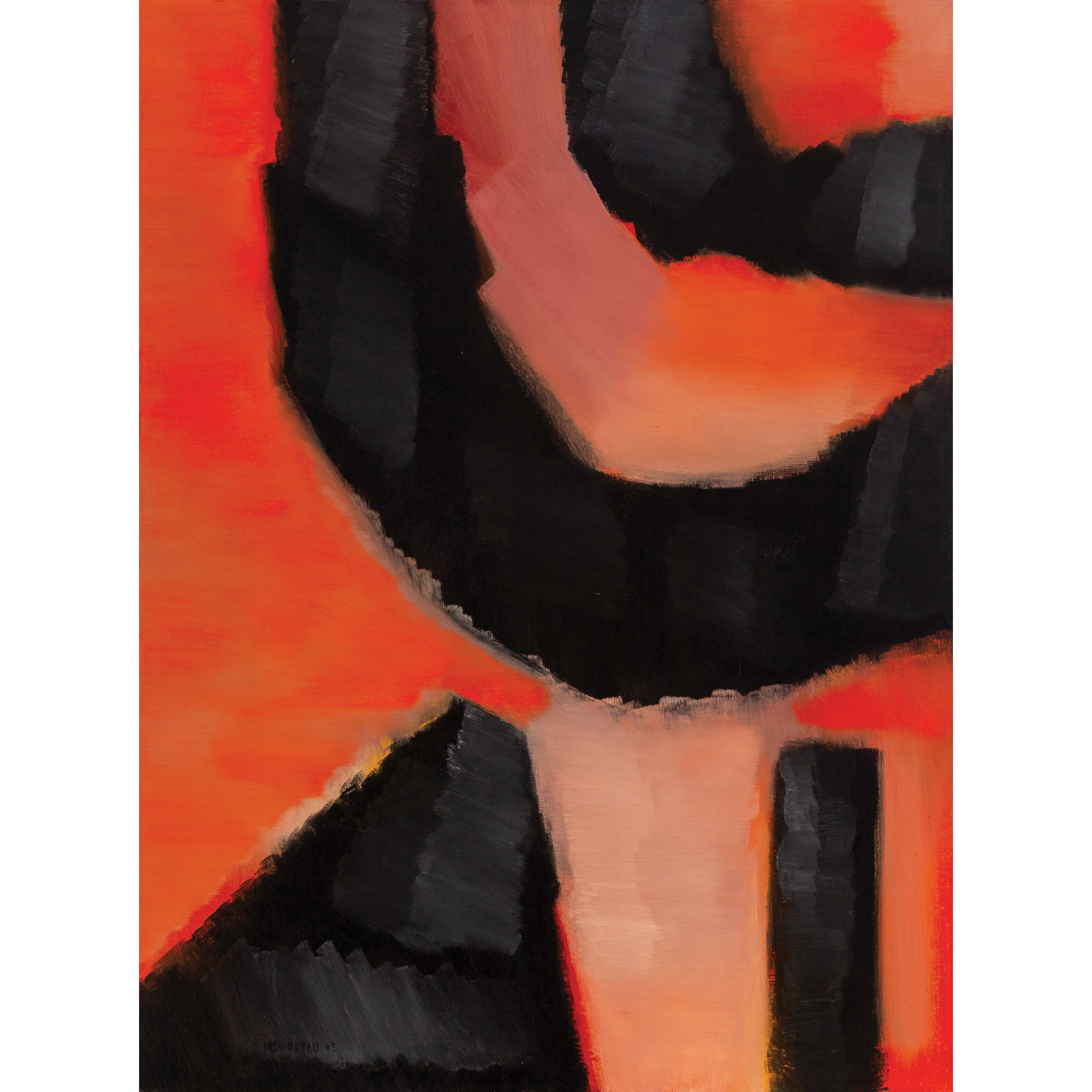 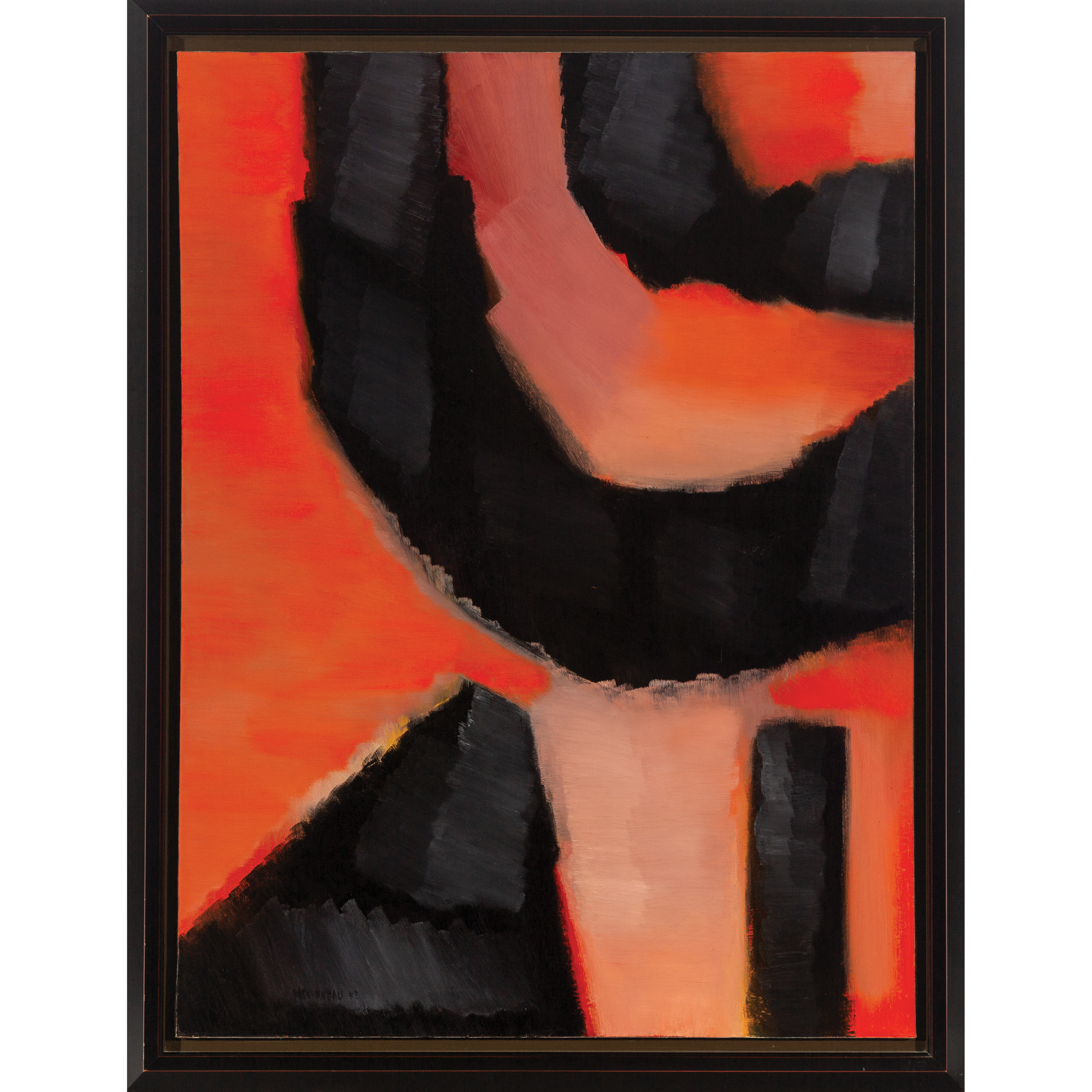 In 1955 Guido Molinari and journalist Fernande Saint-Martin opened L’Actuelle in Montreal, a gallery dedicated to non-figurative art and one of the first of its kind in Canada. The artist-run hot bed of culture featured exhibitions by Mousseau, Borduas, Barbeau, Leduc, Letendre, McEwen, Tousignant, and Molinari. Over its two-year operation, Mousseau exhibited there multiple times.

One of 16 Automatiste artists and intellectuals who signed the Refus Global, an anti-establishment and anti-religious manifesto written by Borduas, Mousseau was a multi-disciplinary artist interested in not just painting, but also architecture, design and costumes. The vibrant tonal palette of red in this painting speaks to his interest in light and colour. Following the completion of this painting, Mousseau went on to study colour theory and evolved his practice to include sculpture in coloured resin and fibreglass.

Revered art critic François-Marc Gagnon noted that the forms in Mousseau’s work have a tendency to be distributed randomly over the entire surface of the composition, as if the artist is consciously working to fill the entire plane. By choosing to only paint a “quatre de cercle”, Mousseau extends the eye outside of the boundaries of the work.

This important work was shown at L’Actuelle in a solo exhibition in 1956.