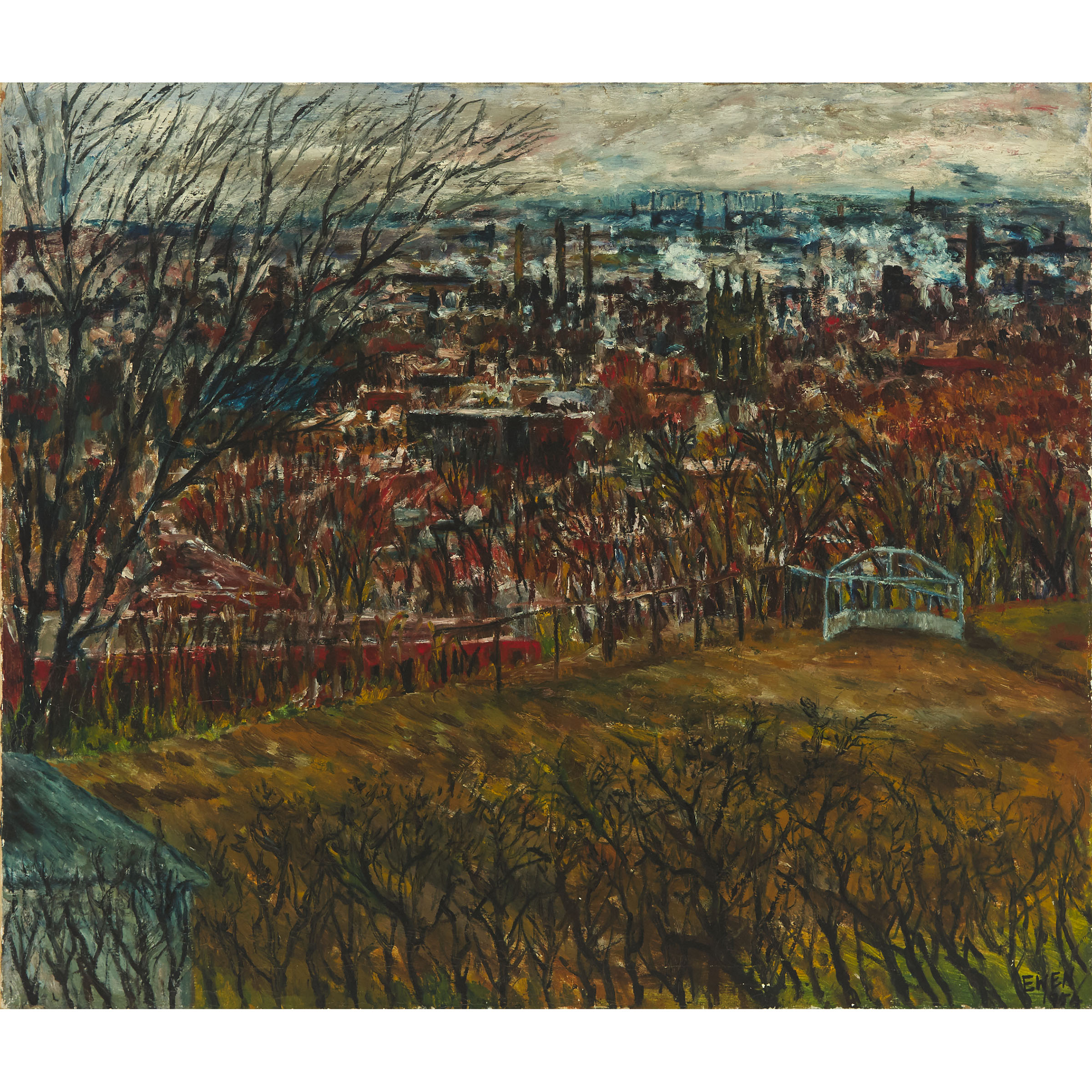 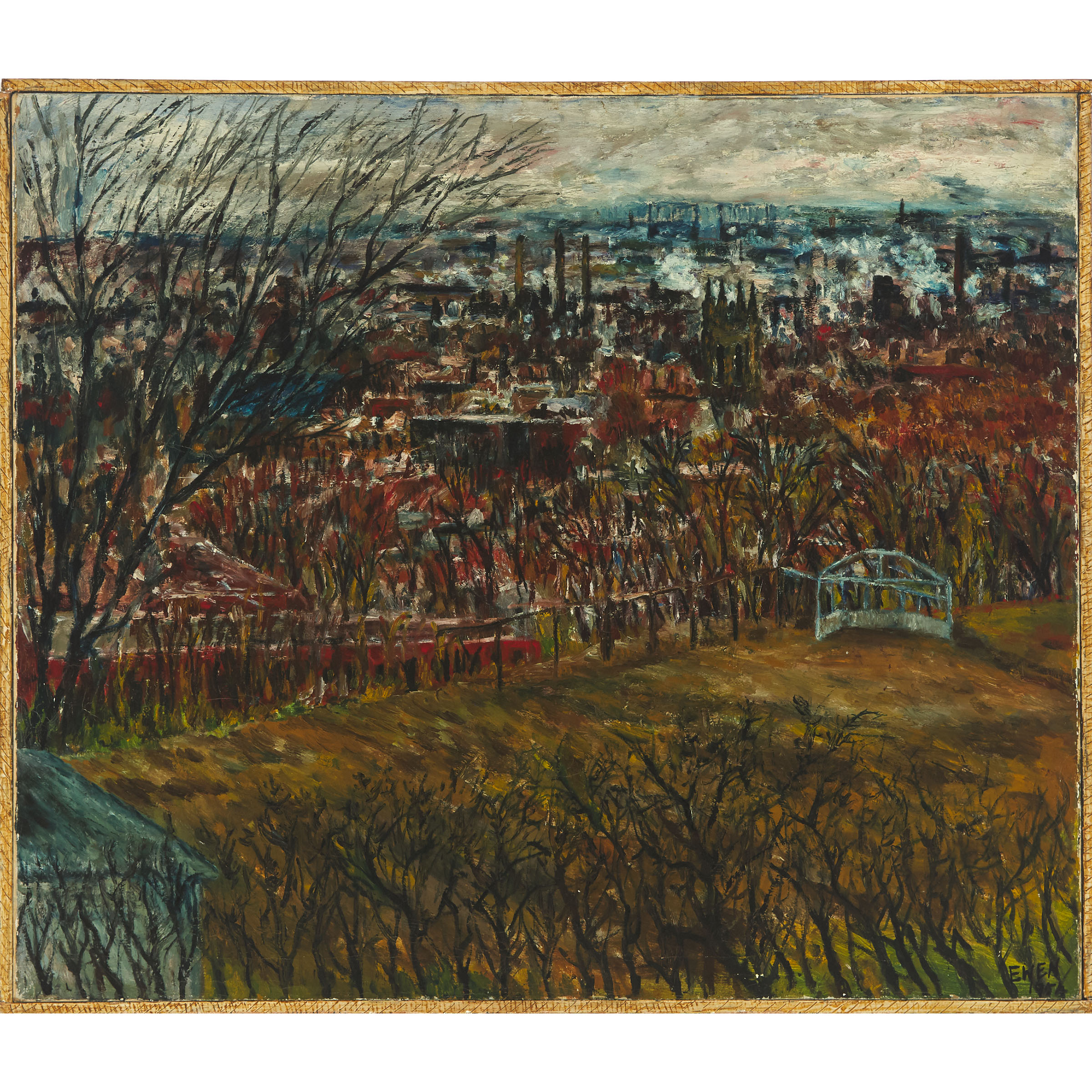 Estate of Dr. Barbara Wand, ON

After returning to Montreal from military service in Europe in June 1946, Paterson Ewen enrolled in a BA program with a science major at McGill University. He spent summer 1947 in Quebec City and painted his first two works.[1] In the fall, he transferred to a Fine Arts program at McGill University and in early 1948 entered the School of Art and Design at the MMFA, studying with Arthur Lismer, Goodridge Roberts, Marian Scott and others. He also attended meetings of a left-wing cultural group and heard presentations by members of the Automatiste abstract group. Ewen later stated, “I chose to integrate into the 80% French-Canadian side of Montreal.”[2] He graduated in April 1950, and in spite of continuing with figurative and image works, showed with members of the Automatistes that year, and again in the May 1951 group show “Les Étapes du Vivant” (Stages of the Living) organized by artists Claude Gavreau, Pierre Lefebvre and Jean-Paul Mousseau. The objective was to show “how the visual arts evolved from nature to the representation to automatisme.”[3] “Montreal from Priest’s Farm” would have amply illustrated this proposition, and arguably is the most ambitious of Ewen’s Montreal pictorial paintings. Yet even at this stage of his art practice, the pictorial did not rest in the descriptive alone. The graphically-expressed bare trees dominate much of the painting in the foreground and midground and obscure the view of the city below. Gavreau admired “the brutal way [Ewen] painted…against almost everything.”[4] Critic Rodolphe de Repentigny quoted Ewen in a 1955 review: “the realism of the scene was lost.”[5] By that, he meant that Ewen was not denying the view but worked through it in the act of painting. It is worth considering this in the context of British painter Leon Kossoff (born 1926, a year after Ewen), who drew his cues from the environs of London, England but transformed it through paint in a visceral way. Rather than the end of a style for Ewen, this Montreal painting forcefully demonstrates his interests in “materiality” and locality. Ewen returned to landscape work proper with watercolours of Middlesex County in the late 1980s; two examples are in the collection of the Art Gallery of Ontario.

Priest’s Farm is located on the slopes of Mount Royal, an estate of orchards and fields that was a site for sports and leisure for the students and priests of the Collège de Montréal and the Grand Séminaire.