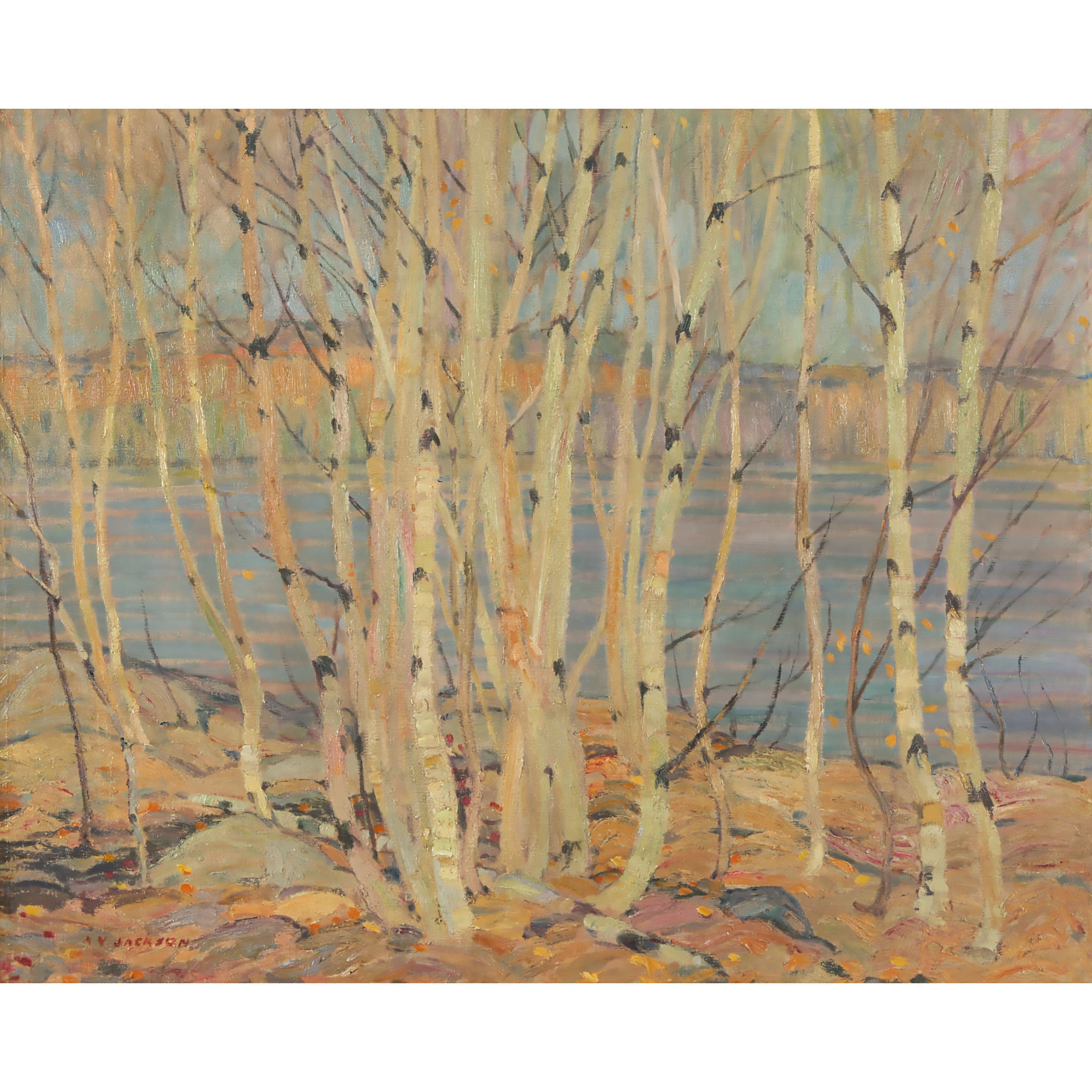 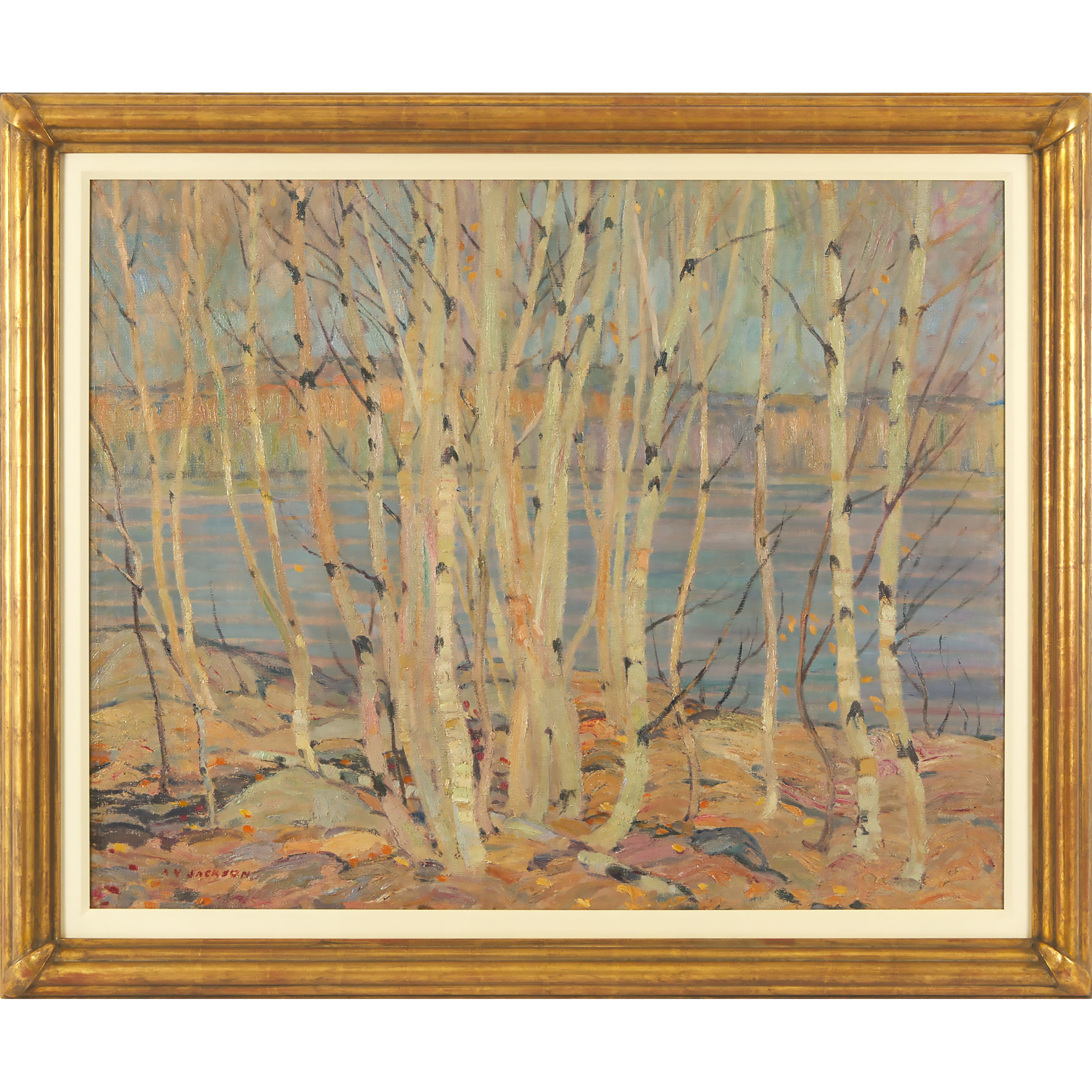 A.Y. Jackson’s “Early Spring, Algonquin Park” is an ambitious, unremarked view of a pivotal site in modern Canadian painting by a central figure of the Group of Seven. Ontario’s Algonquin Park and its Canoe Lake are synonymous with Tom Thomson, who began painting there in 1912. In February-March and September-October 1914 Jackson first sketched there, not to return until 1941. Based on an 8-1/2 by 10-1/2 inch 1914 oil study sold in 1992 as “Birches, Canoe Lake”, this 32 by 40 inch canvas employed Jackson’s larger than average format that he used from at least 1914 to the early 1960s, and for masterworks such as the National Gallery of Canada’s “The Red Maple” (1914) and the Art Gallery of Ontario’s “Barns” (ca. 1926).

The two labels on this painting’s stretcher became red herrings. The earliest is from the 1927 Canadian National Exhibition, where it was Jackson’s sole canvas. His busy 1927 began with a spring sketching trip to Quebec’s Charlevoix region with his friend Dr. Frederick Banting. From July to September they were in the Canadian Arctic when this painting was sent to Toronto on his behalf courtesy of Montreal’s Johnson Art Galleries with the title “Autumn, Canoe Lake”.

The other label is from the NGC, undated, and indicates the painting was in the collection of fellow Montreal artist Lilias Torrance Newton (1896-1980). A list of his works Jackson prepared in 1933 for the anthropologist Marius Barbeau cites “Birch Woods” (1914) as his only work in Newton’s collection.[1] Twenty-one years later, another list drafted by Jackson to supplement the Art Gallery of Toronto’s (now AGO) 1953 retrospective exhibition catalogue of his work includes Newton’s work as “Birch trees” (1914) with measurements of 32 by 40 inches.[2] The shift from “Birch Woods” to “Birch trees” is easily understood as Jackson’s paraphrase of a descriptive title, and the absence of “Autumn, Canoe Lake” from Jackson’s own lists suggests he neither gave, nor recognized, the title.

Gregory Humeniuk is an independent art historian, writer and curator who has researched and published aspects of Canadian and international art from the mid-nineteenth century to the present, as well as cultural policy and governance. Through fifteen years at the Art Gallery of Ontario he dealt with Canadian and European historical, modern, and contemporary art. We thank him for contributing this essay.