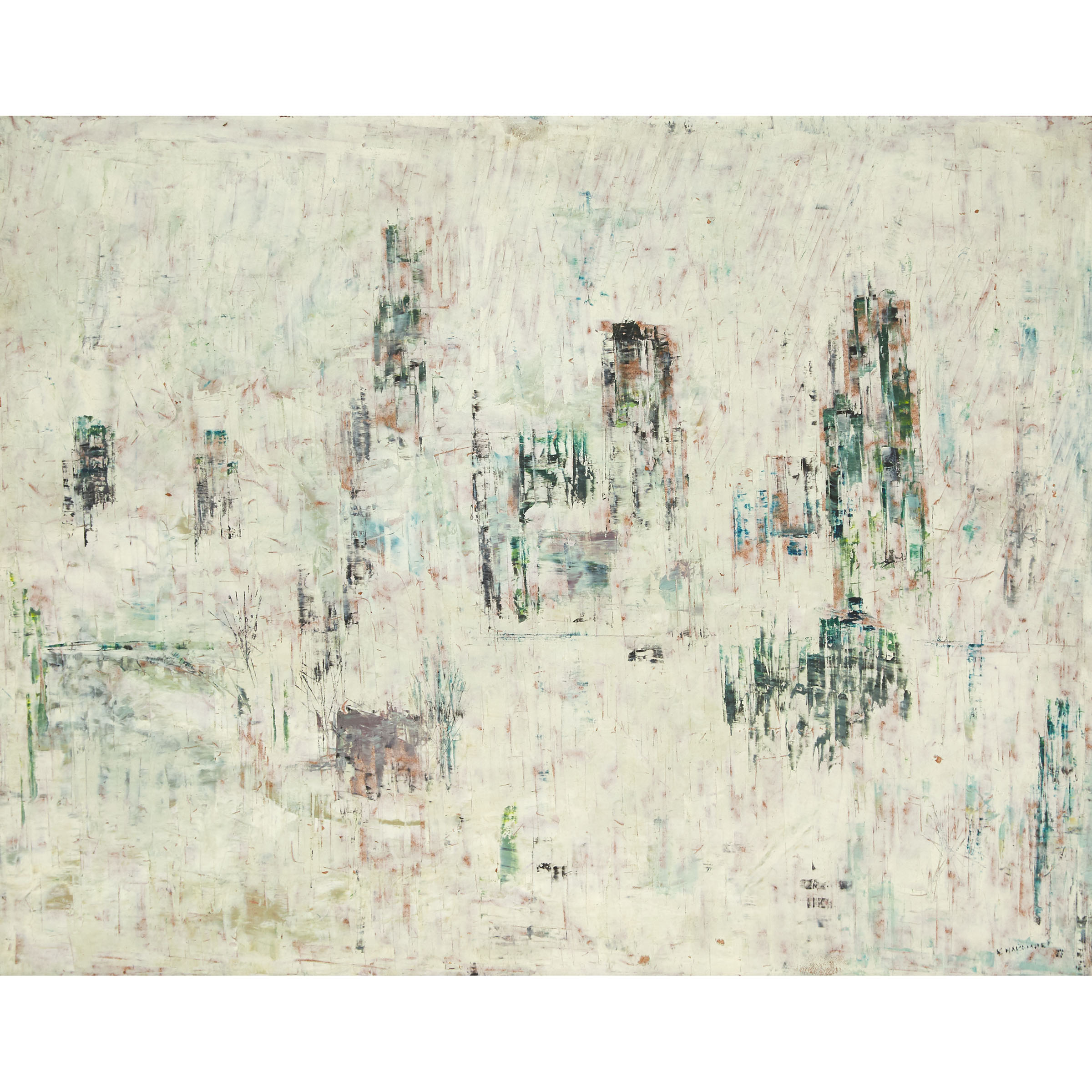 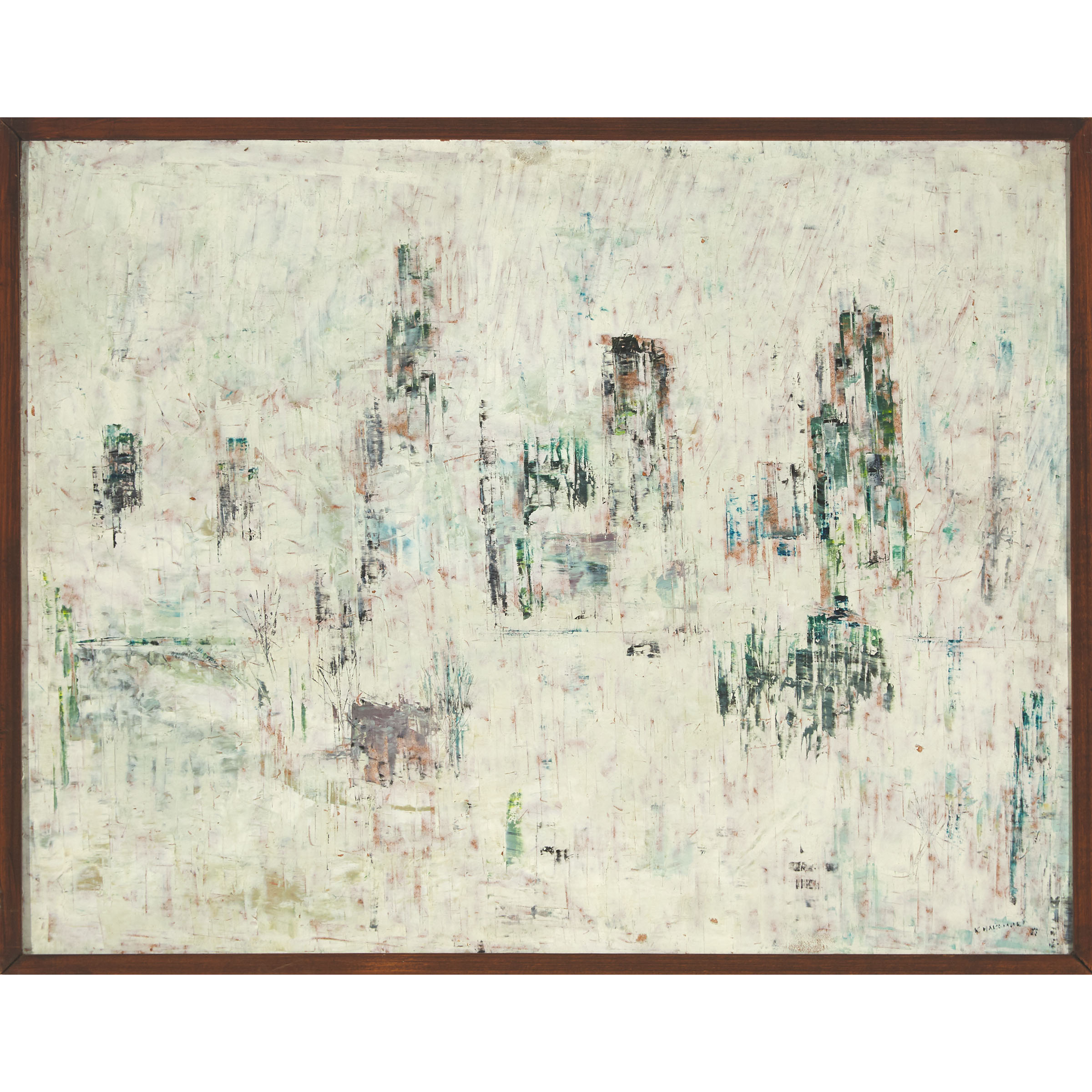 By conventional thought, an artist changes “style” when they are done with the last one, yet Kazuo Nakamura did not adhere to stylistic progression. His work from around 1951 through 1960, a period when he was exhibiting with the Toronto-based Painters Eleven, was varied and exploratory. Bodies of his work that shared compositional similarities can be grouped as series, but he worked concurrently in different ways to express two fundamental ideas, the observed and the unseen world. In 1954 he stated, “I think there’s a sort of fundamental universal pattern in all art and nature.”[1] Jerrold Morris, Nakamura’s gallerist in the 1960s commented that his “quest [began with] Greek philosophers for the shifting ground between spirit and matter.”[2]

It is tempting to see Nakamura’s early 1950s paintings such as the widely reproduced "Blue and Green and Forest", both 1953 (The Robert McLaughlin Gallery collection), "Hillside and Landscape", "Hillside-Green" both 1954 (The National Gallery of Canada collection), as moving from representation to abstraction. Yet in the same period, he painted “pure” abstract works (the earliest is 1951); black strokes on a monochromatic-ish ground (but never purely monochromatic[3]) many with an “inner structure” title; geometric graphic “block structure” paintings (which can be related to his sculptures of assembled hydrocal blocks); and white-ish “string” paintings with varying titles but invoking phenomenon such as waves and cycles. By the mid-1960s Nakamura’s guiding principle of uncovering and expressing pattern led him to formulate dimensional and spatial concepts. His mathematical “number structure” works became a key concern in the 1980s, yet Nakamura continued to paint rigorous “pattern landscapes” into the 1980s.

"Green Town" is not associated with a series as such, but is not “transitional.” There is a companion work with a resonant composition, Farm, 1954 (Art Gallery of Ontario collection), a near identical size with the same period framing. Although Farm has “referential” elements —“generic” buildings—the colours and palette knife technique are the same, predominantly vertical with some horizontal wet-on-wet paint passages. The web-like stylized tree forms in Green Town appear in other period works, drawings and paintings such as Fog and Trees, 1955.[4]


Ihor Holubizky is a cultural essayist and art historian, as well as the co-curator of the 2001 Nakamura retrospective at the The Robert McLaughlin Gallery. He received his PhD in art history from the University of Queensland. We thank him for contributing this essay.

Additional Note:
Verso: fragment of an Isaacs Gallery label, Toronto. Below, partially visible is his hand, Nakamura’s Toronto address, 1201 Dufferin St. No exhibition history has been uncovered to date, but it is possible that it was shown at Barry Kenerman’s Gallery of Contemporary Art, Toronto, solo exhibitions in 1956 and 1958.