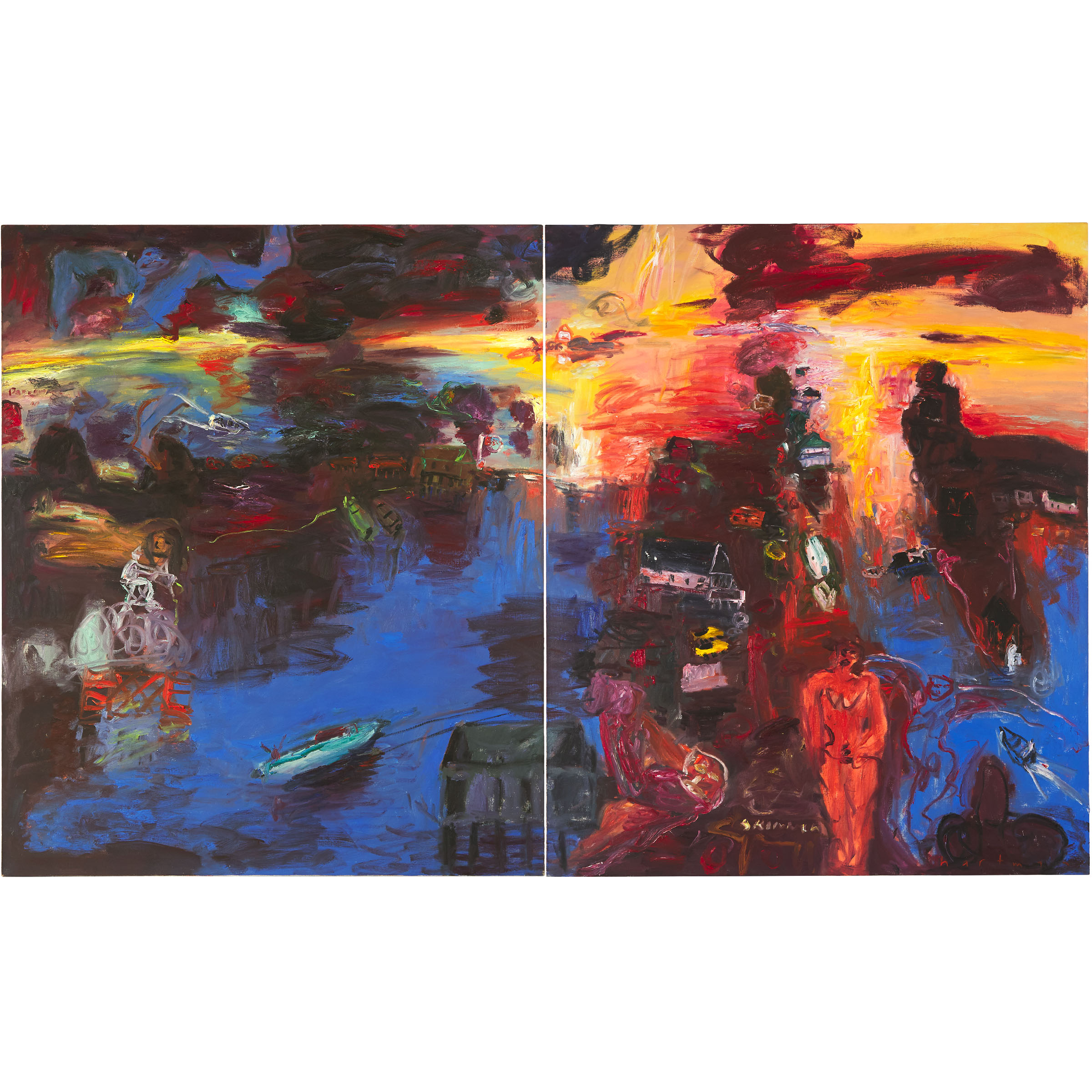 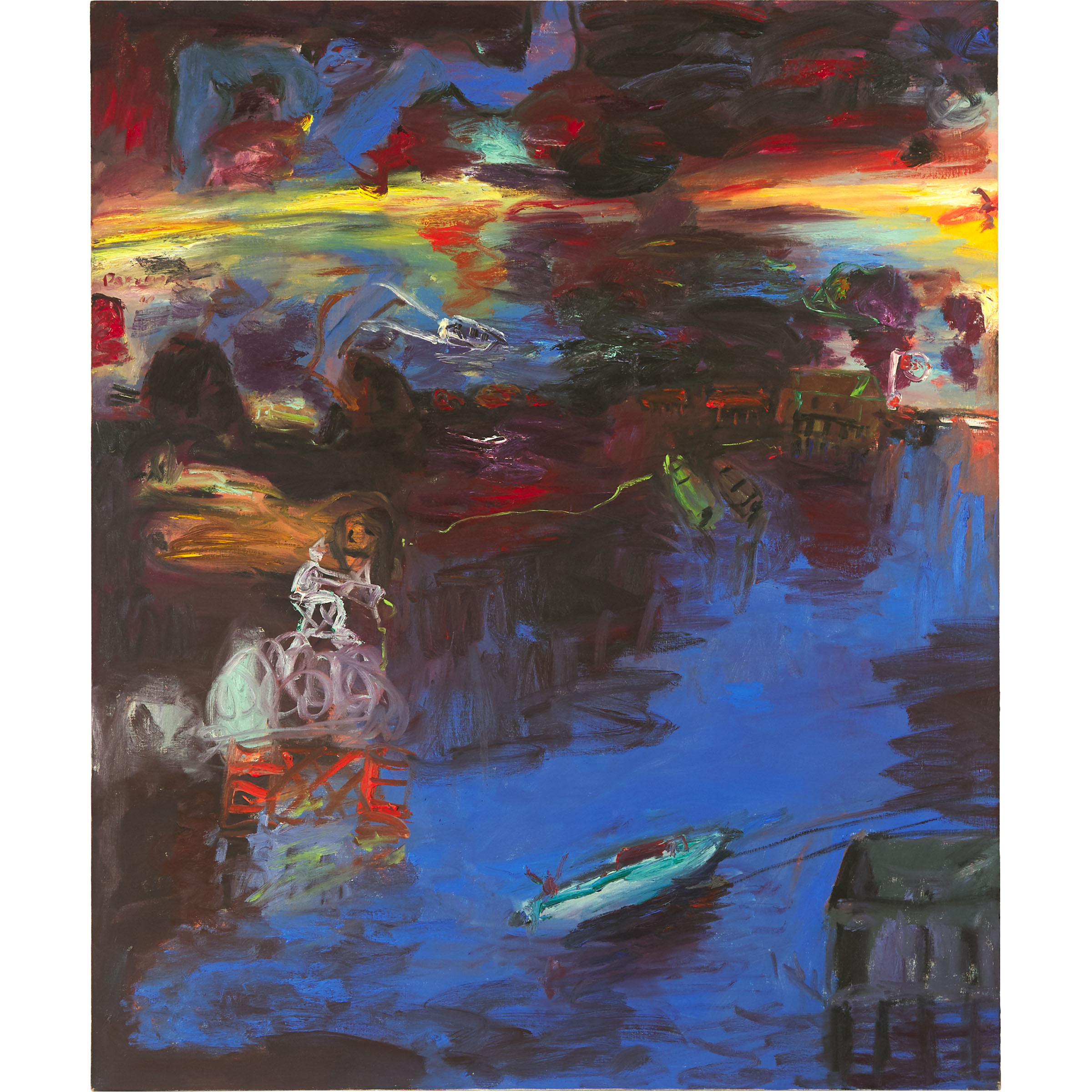 For a decade beginning in the mid-1980s, Hartman’s work focused on the environs of Simcoe Country and Georgian Bay where he was born and has lived and worked since 1981. He animated the landscape with life stories as an open and experiential narration of locality, local knowledge, and personal autobiographical experiences. After graduating from university in 1973, Hartman spent the fall to the following spring at Manitou Dock doing odd jobs for Andy Trudeau, whose family ran the marina, and where Hartman had his first studio. Hartman returned to his Manitou Dock time as part of a body of work—paintings, watercolours and pastels— done between spring 1992 and spring 1993. While Hartman produced pastel studies for some of the large paintings, Manitou Dock was done directly, from memory: “I remember that [it] was made in a glorious rush of paint application.” The aerial perspective (which Hartman has continued), looking west to the horizon, is a richly “populated” compositional space that leads the eye around, up and down. The Manitou Inn and marina buildings are in the foreground and across the midground. Andy and his wife Pat are depicted in a boat in the lower corner of the right panel, and Andy again in the upper left as a large blue figure walking across, but partially painted over as if dissolving into the landscape. Hartman wrote that he “seemed absolutely inseparable from the place.” Hartman painted himself twice; on the left side, painting the scene, and in the centre foreground, cranking in a boat for winterizing.

Hartman followed up in 1994 with a same composition Manitou Dock drypoint etching that received 1st prize for the Ernst & Young Great Canadian Printmaking Competition in 1995. Andy Trudeau (1924-2013), a Métis veteran of WWII, began drawing at age 87. Hartman organized an exhibition of these works for the Midland Cultural Centre in fall 2021.