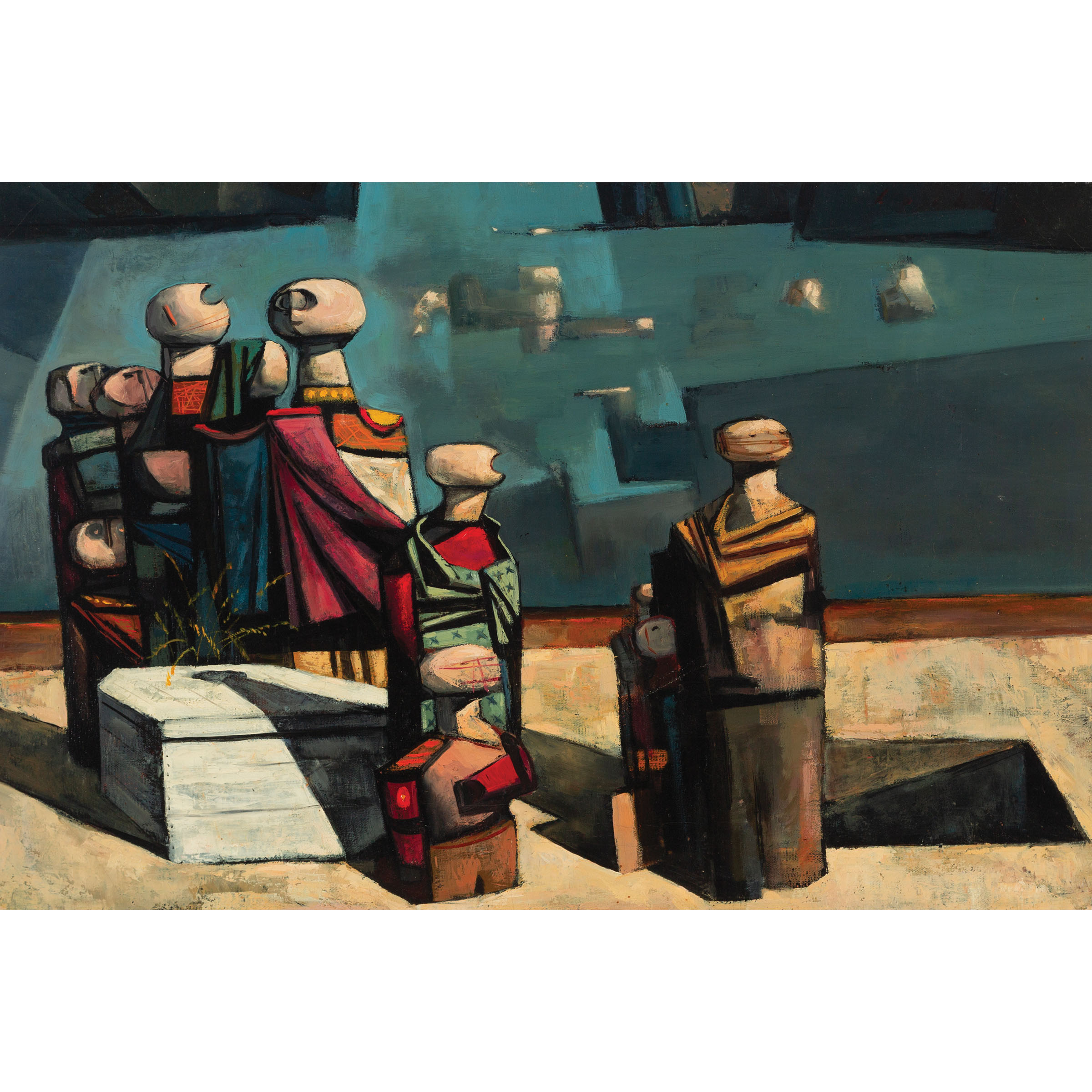 A gathering of people keep vigil around a coffin in an otherwise bare prairie landscape. The clothespeg-like figures and geometric shapes that surround them exemplify the modernism that Kenneth Lochhead, as a member of The Regina Five, is known for developing. Lochhead painted a number of other communal rituals of daily life on the prairies in this style, including The Bonspiel, 1954 (The Saskatchewan Arts Board Permanent Collection), The Review, 1953 (Private Collection), and The Dignitary, 1953 (National Gallery of Canada).

The artist studied Italian masters from Piero della Francesca to surrealist Giorgio de Chirico while studying at the Barnes Foundation as well as during his travels to Europe as a student. The fixed vanishing point shadows and the gathering of people within an architectural composition is a nod to these artists.

This is a seminal painting for Lochhead, embodying a key moment of modernism and surrealism in Canada. It was included in his first major retrospective in 2005, titled “Kenneth Lochhead: Garden of Light.” Curator Ted Fraser wrote of the painting in the exhibition’s catalogue, “The Burial communicates how Saskatchewan is born of the travail of nineteenth-century homesteaders who built sod huts, towns, and province on community goodwill.”1