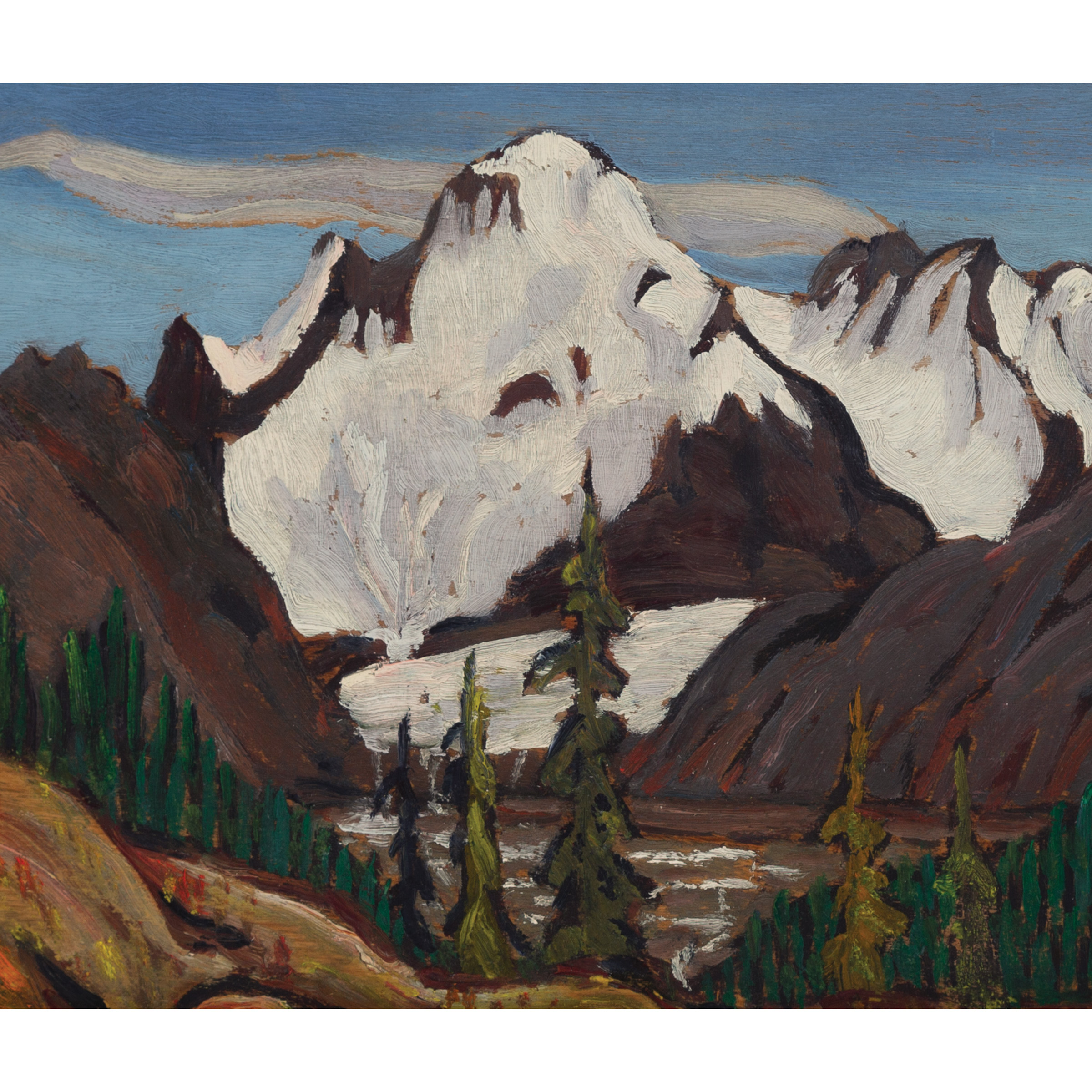 Sir Frederick Grant Banting (1891-1941) is best remembered as the co-discoverer of insulin and co-recipient of the 1923 Nobel Prize in Medicine. He was also a talented amateur painter. As a member of the Arts and Letters Club, Banting knew the Group of Seven, and was influenced by their work. He first met A.Y. Jackson when he showed up at Jackson’s studio eager to purchase a war sketch. Painting provided a welcome break from the pressures of medical research, and he benefitted greatly from the sketching trips he made with Jackson, beginning in 1927. Banting’s work consisted mainly of oil sketches on birch panels painted outdoors in all kinds of weather, according to Jackson in an essay he wrote for Banting’s memorial exhibition in 1943.

Banting had sketched with Jackson in Jasper National Park in 1930, but this sketch was made on a second trip (apparently without Jackson) in 1936. Jackson’s influence is present, not only in the subject matter, but also in the simplification of forms and use of colour. Banting died in a plane crash in Newfoundland in 1941.