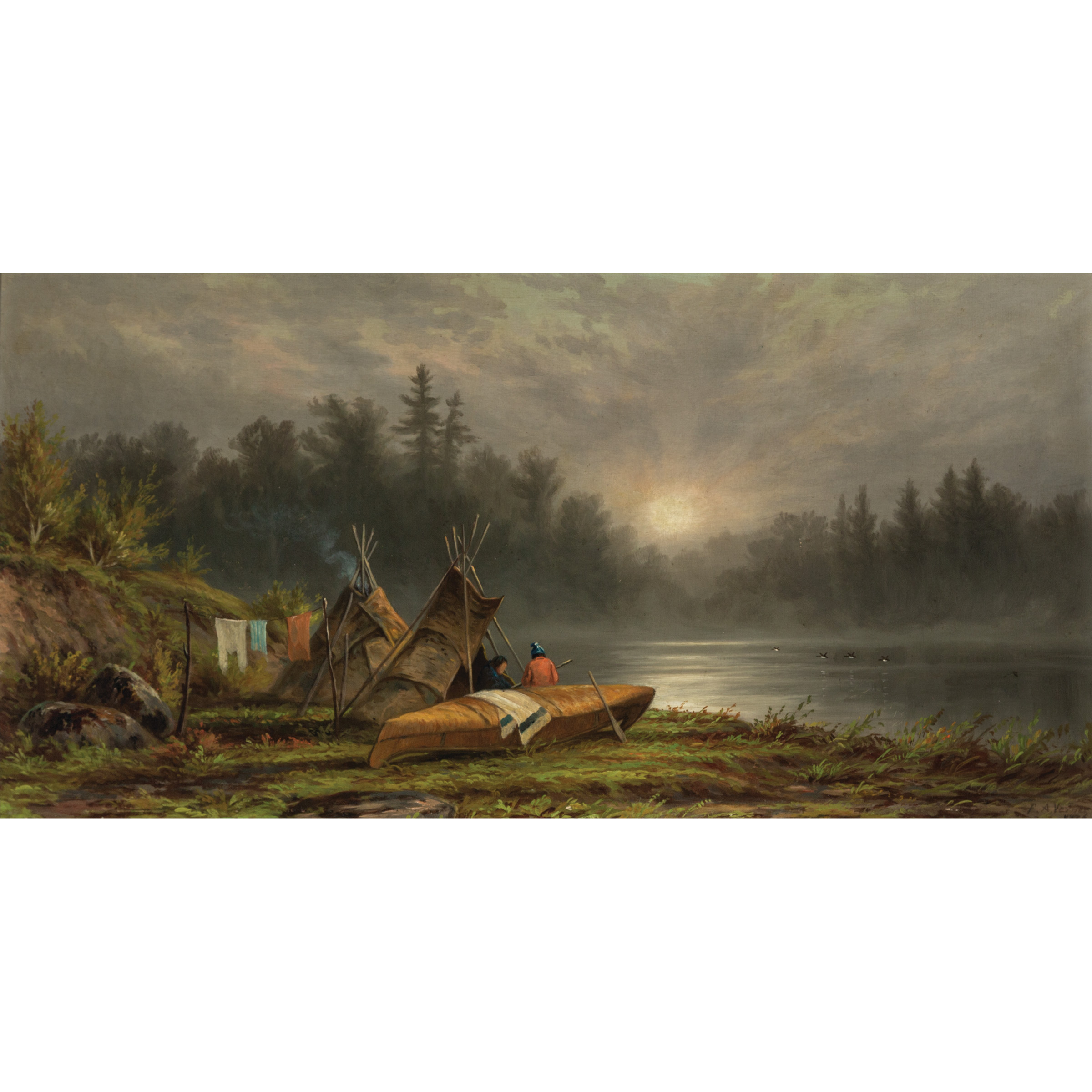 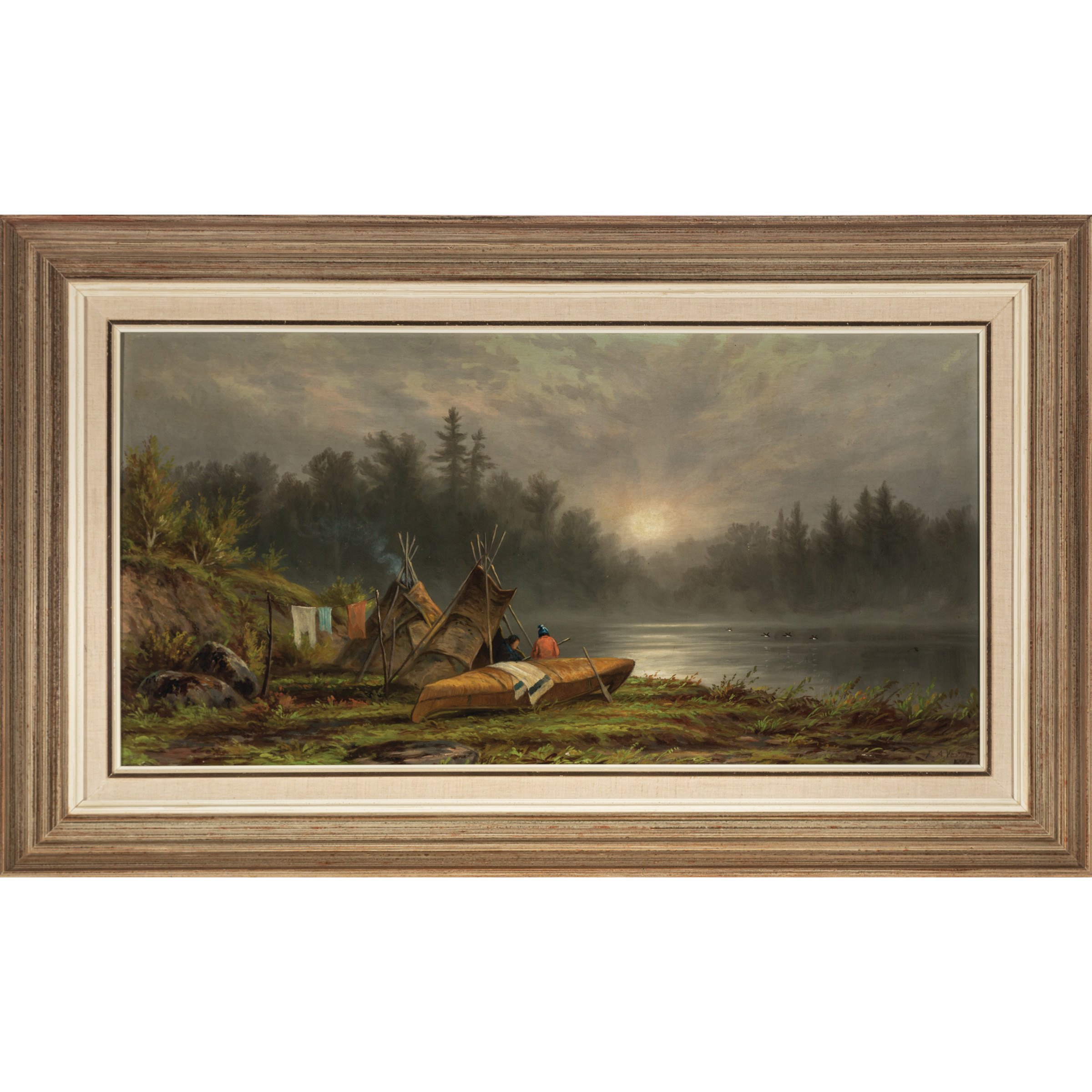 By 1874, Frederick Arthur Verner (1836-1928) had hit his stride professionally. Joan Murray writes: "He could devote himself full time to painting and by the spring of 1875 had produced a surprising amount of new work. Among his paintings were his first subjects of evening or night..." This moonlit encampment dates to the following year, 1876, and falls within a period of outstanding accomplishment. Between 1873 and 1876, Verner brought to his painting a greater truthfulness, attention to detail, drama and confidence than he had previously demonstrated. In today's vernacular, Verner was in "the zone". This halcyon period of consistently exemplary oil painting ended by 1877 after which, according to Murray, many of his best works would now be executed in watercolour.

This painting, like so many other great landscapes from this period, displays Verner's "mystical use of distance". The light of the moon in the deep background illuminates a private domestic scene which Murray suggests "approximates the nineteenth century's version of the genre picture...families sitting about their ideal home..." She continues: "The way (Verner) painted Indians reveals how he felt about them." This feeling, which ran quite contrary to the current view of many of his peers, was one of deep respect.