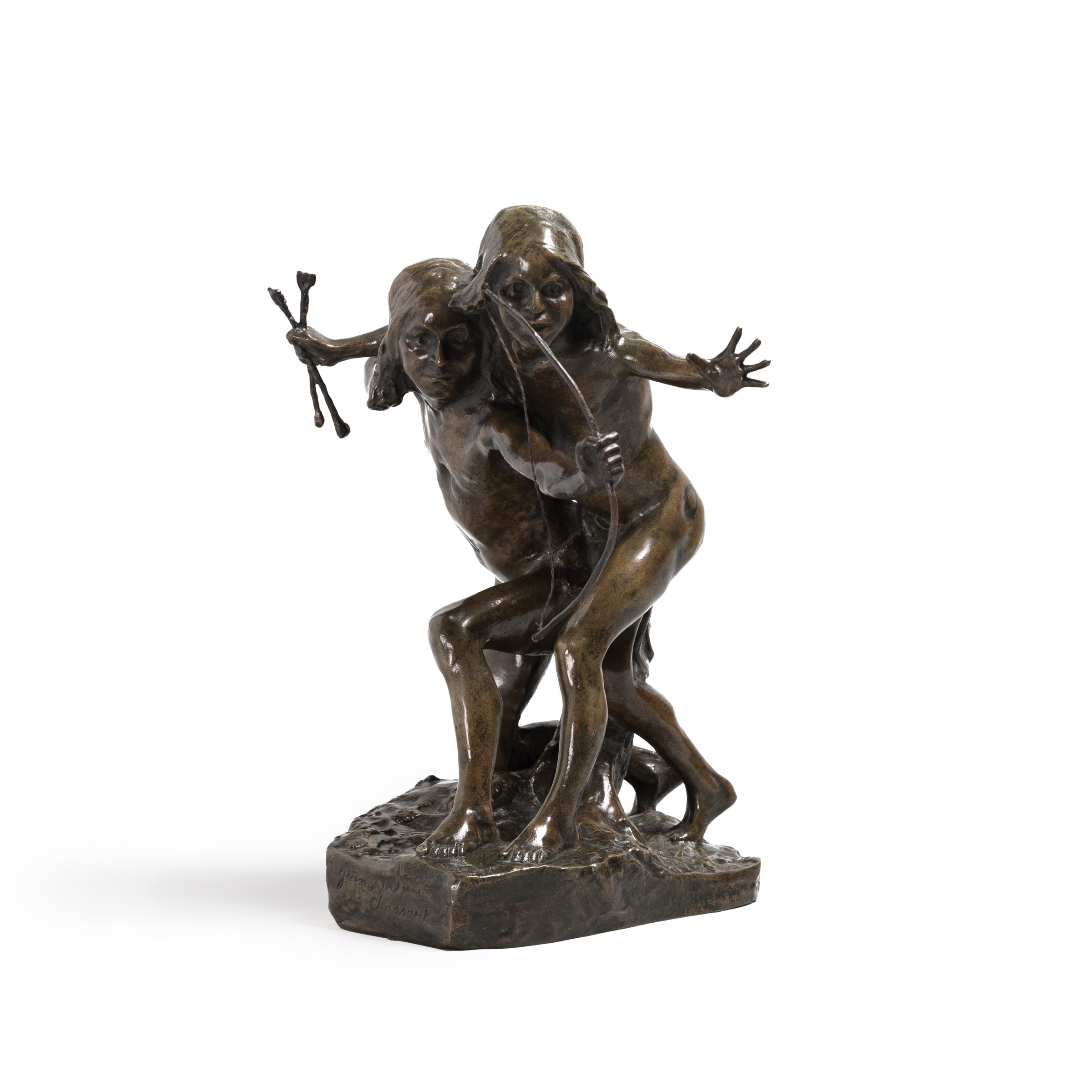 There is much about the success of the career of Alfred Laliberté (1878-1953) that defies probability. He was born into a modest, farming family in Saint Elizabeth de Warwick, in the region of Arthabaska, Quebec and was expected to carry on the family business. But Laliberté demonstrated talent as a teenager, winning a prize for sculpting a bust of Sir Wilfred Laurier and found patronage from the local mayor through whose help he made his way to Montreal. There he studied at the Conseil des arts et manufactures. His patron encouraged him to travel abroad to advance his studies and through his help as well as an early version of Go-Fund-Me organized by the newspaper La Presse, Laliberté went overseas. In Paris, he lived in extreme penury, subsisting on a a diet of milk and bread - for years.  He returned to Montreal in 1907 having produced a large group of sculptures inspired by rural life in Quebec. Despite nearly a decade in Montreal and Paris, Laliberté conceded: "Je suis né dans le bois et il reste en moi un per de rusticité..."

This lot, however, stands apart from his early works both in subject and handling, displaying an exceptional elegance. Here, the figures are taut with concentration, as the artist succeeds in capturing the moment before the action begins. By contrast, other works from this period are emotive and gestural vignettes of rural people and their stories in which sticks are banished, caps doffed and donned, playing cards dealt (to the devil, no less), jigs danced, fiddles plucked and arms raised in benediction. This subject, however, so captivated the Parisian art cognoscenti that it received an honorable mention when it was exhibited in Paris in 1905 at the Salon des Artistes Français. That work was acquired by the National Gallery of Canada in 1906. According to Nicole Cloutier, "This was only the second Canadian sculpture to become part of the (national) collection.. It was installed in the reception room of the speaker of the Senate." It remains arguably his finest, most finished of the early sculptures produced during his Paris years 1903-1907.

Various versions, the large bronze, the plaster, the small bronze of this subject, were exhibited from 1905 onward at the Societé des artistes Français, Paris; the Monument National, Montreal; the Art Association of Montreal and Le Club St. Denis, Montreal.