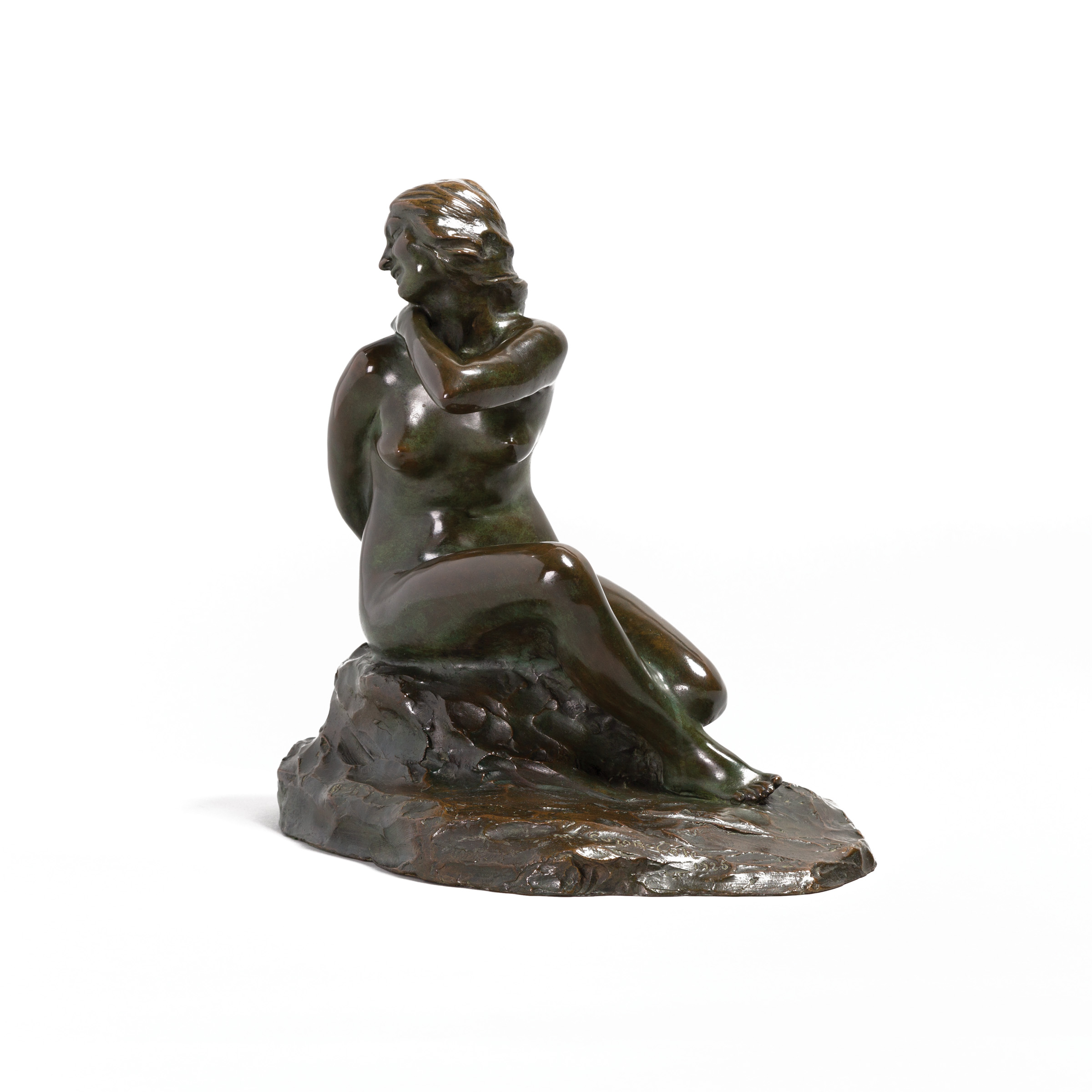 This work is one of only two female nude sculptures produced by Marc-Aurèle de Foy Suzor-Coté (1869-1937), and while the edition size is not indicated on the work, Laurier Lacroix lists only three bronze casts and four plaster versions of other known casts, besides this one, which was included in the National Gallery of Canada's 2002 exhibition Suzor-Coté: Light and Air.

According to Pierre L’Allier, this 1925 bronze was originally called La Modèle but became known as Démangeaison (or The Itch) by 1926. L’Allier notes that the new title “n’est pas sans evoquer ironiquement les interdits de l’epoque concernant la representation du nu integral.” In conservative Quebec during this period, when the nude female form was rendered in art, the subject was often “clothed” with an allegorical allusion or classically themed title. Not so for The Itch which Suzor-Coté presents unabashedly, and uncensored by such niceties.

Laurier Lacroix writes effusively about this fine work: ”Here the body’s helicoidal position makes the sculpture interesting from all angles. The laughing, almost flirting figure with her long hair streaming down her back is the personification of lightness and grace. The trivial gesture that gives the work its title becomes an excuse for the revelation of beautiful forms. Suzor-Coté multiplies the planes and viewpoints, and the arrangement of the arms inscribes a wide oval around the body that guides the spectators eyes over the entire height of the sculpture.”