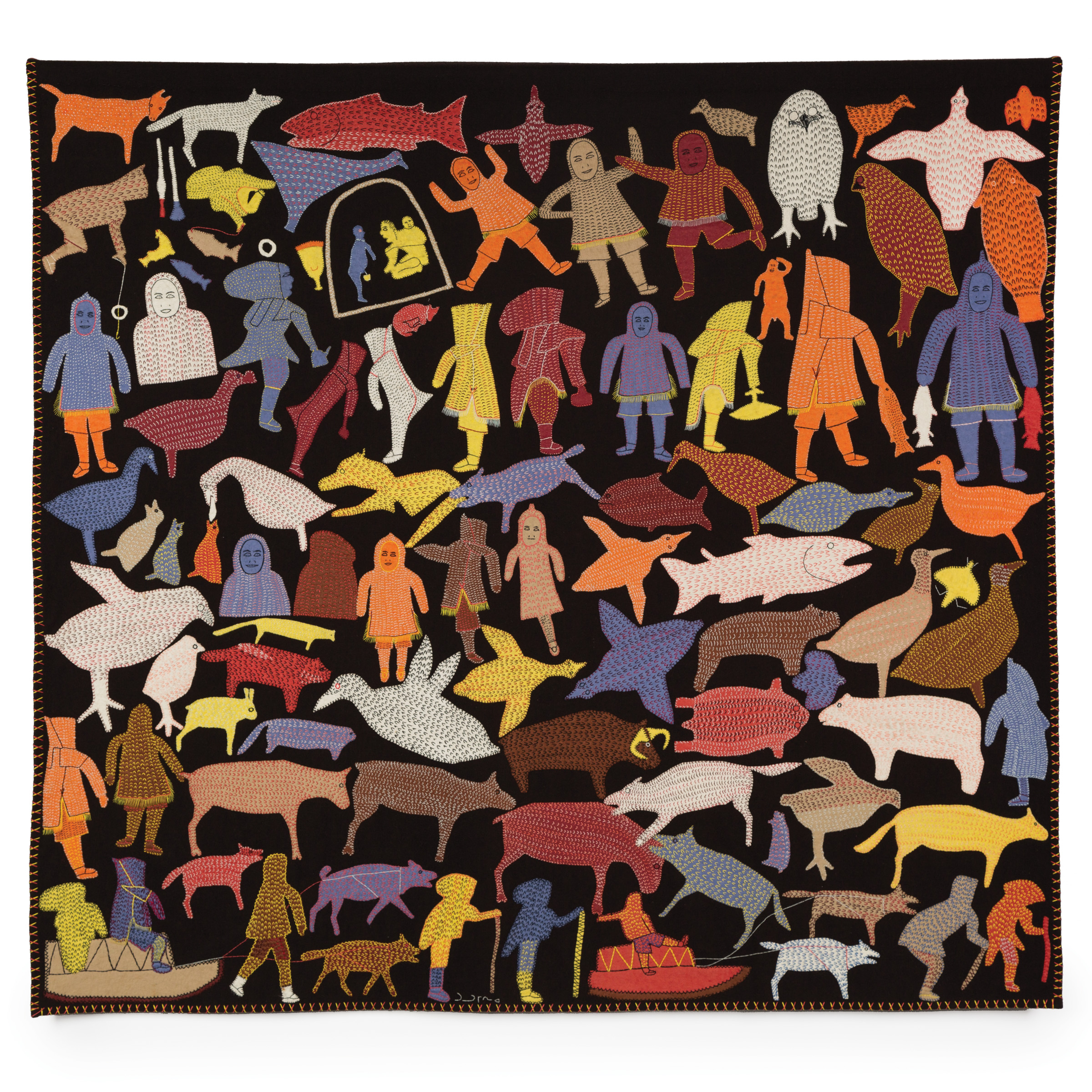 “The verb “paint” derives from the Latin root pignere, meaning to paint, but also to embroider or tattoo. In more than one sense it is thus a fitting word to bring to a discussion of the works of Marion Tuu’luq. For some twenty years, this artist painted with woolen fabrics and cotton treads, stitching an art of many layers, both metaphoric and physical. Initially called neevingatah in Inuktitut, which became the rather prosaic “wall hanging” in English, Tuu’luq’s appliqued and embroidered pieces are more aptly described as “works on cloth”. These works have been coloured by the palette of her experience of living in the Canadian Arctic before and during the social, economic, and political transformations that have marked the North for much of the past century – that is, for much of her life.

Tuu’luq was born in a remote corner of the Canadian Arctic in the early 1900s, lived a nomadic, camp life for five decades, and then settled in Baker Lake, where she began to create her unique artworks beginning in her late fifties. Her works on cloth speak eloquently about the artist’s fervent attachment to her homeland, about the patterns and rhythms of Inuit life, and about the power and pleasure of creating new spaces of discourse and imagination.”

Marie Routledge, "Examining the Fabric of Art and Life" In Marie Bouchard, Marion Tuu'luq, National Gallery of Canada, Ottawa, 2002, pages 11-15, and page 67 for Together in Spring, reproduced in colour.