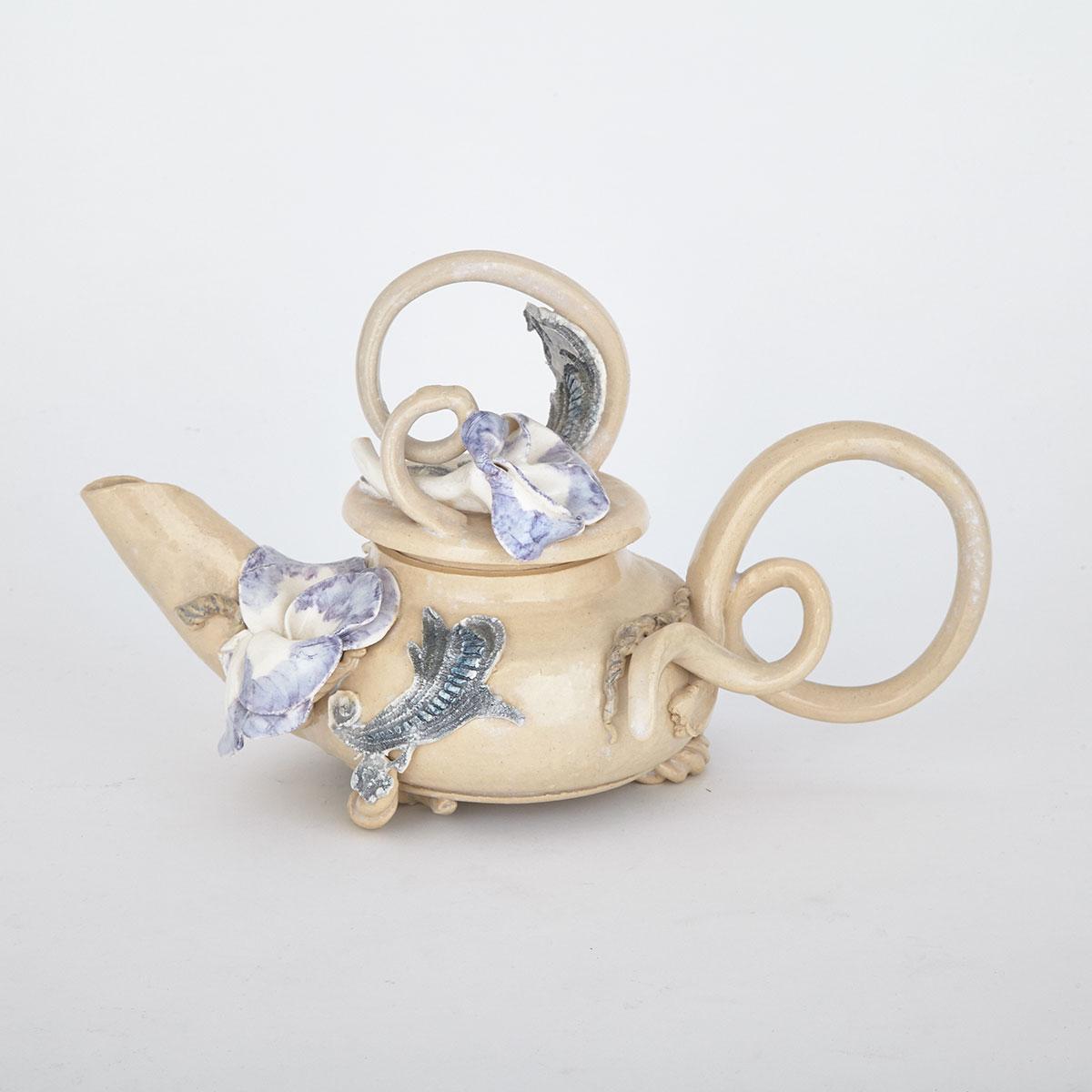 Leonard Marcoe was born in Winnipeg, Manitoba in 1924. He worked part-time doing window displays at The Bay in downtown Winnipeg, while enrolled in pre-med at the University of Manitoba. Due to family illness, Marcoe had to withdraw from university to take over management of the family shoe store business. He quickly gained a reputation for his wild window displays and artistic flare that he brought to the store.

Tired of the business world, Marcoe returned to the University of Manitoba in the mid-1960’s to study his true passion, art, graduating with Honors in Painting. In the 1970’s, Marcoe opened up Arts in Sight Studio, a venue that allowed local artists to exhibit their work, and offered art classes to children. This also gave him the opportunity to focus on his own art work, which included painting, silkscreen printing and pottery. Marcoe went on to open the Leonard Marcoe Studio Gallery, where continued to teach children, exhibit his own works, and promote local art. He exhibited established artists, such as Grant Marshall, and was instrumental in launching the careers of several local artists, including Eva Stubbs, Judith Allsop, and Bud Gillies.

Marcoe displayed his work in his art gallery, as well as at the Site and Mayberry Galleries, the University of Manitoba and the Manitoba Crafts Council. In 2010, he contributed to the book on Eva Stubbs, For the Love of Creation. Marcoe passed away in 2011 in Winnipeg, Manitoba.