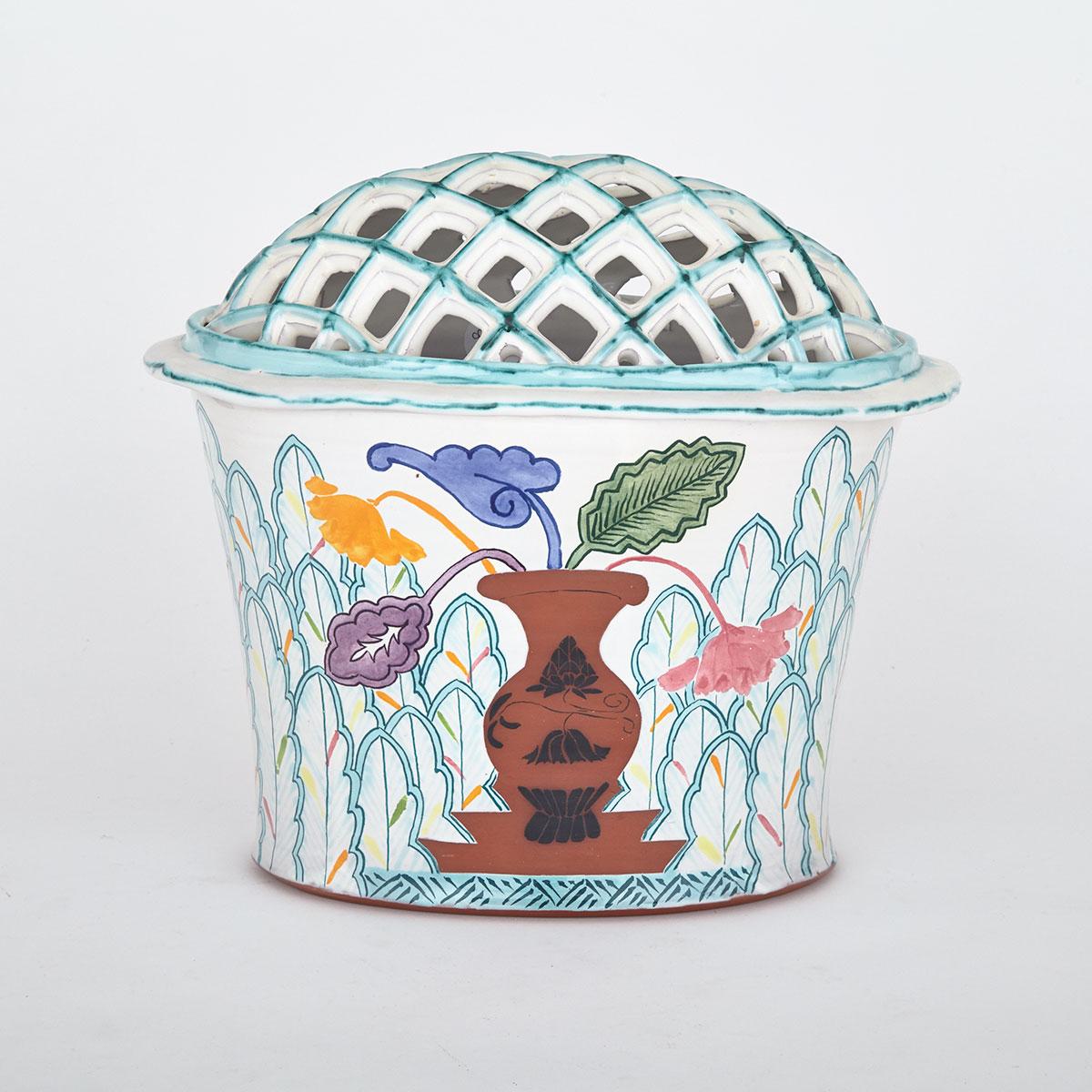 “A pot should never stop working. In use, it should function to contain, present and enhance both its content and its context.”

Nova-Scotia-based Walter Ostrom has gained international recognition for reviving and making contemporary the ancient technique of low-fire majolica production. Walter was one of the first western artist/educators to begin traveling to Jingdezhen, China, to study, teach, and research Chinese Ceramics.

Walter Ostrom was born in 1944 in Binghamton, New York. After receiving his B.A. in Biology from Wilmington College, Ohio in 1967, and his M.F.A. from Ohio State University in 1969, Ostrom came to Canada in 1969 to teach at the Nova Scotia College of Art and Design. A pioneer in the use of Nova Scotia’s Lantz clay, Ostrom had his first show in 1976 at the Art Gallery at Mt. St. Vincent University. Ostrom has participated in over 100 group and solo exhibitions throughout Canada, the United States, Asia, and Europe. His art is also found in major museum collections, including the Museum of Civilization in Gatineau, the Victoria and Albert Museum in London and the Museum of Fine Arts in Boston. Ostrom’s work and legacy as a teacher was the subject of the 1996 exhibition at the Art Gallery of Nova Scotia.

Ostrom has also been recognized with the Jean A. Chalmers National Craft Award (1995), the prestigious Saidye Bronfman Award for Outstanding Creativity in Craft (2003), and was named to the Order of Canada (2006). He was visiting professor at the Jingdezhen Ceramics Institute Jiangxi, China, which awarded him an Honorary Professorship in 1997; quite fitting as this was the town where porcelain was discovered and developed. After 38 years of teaching at NSCAD University, Professor Emeritus Ostrom retired in 2008, with the Walter Ostrom Scholarship in Ceramics set up in his honor. In the fall of 2013, he was Visiting Artist with the West Virginia University China Ceramics Program in Jingdezhen, China. Ostrom lives in Lunenberg, Nova Scotia. In 2014, Ostrom was one of two ceramic artists bestowed with title of Regis Master, which donors senior artists who have had a major impact on the development of 20th and 21st century ceramics.