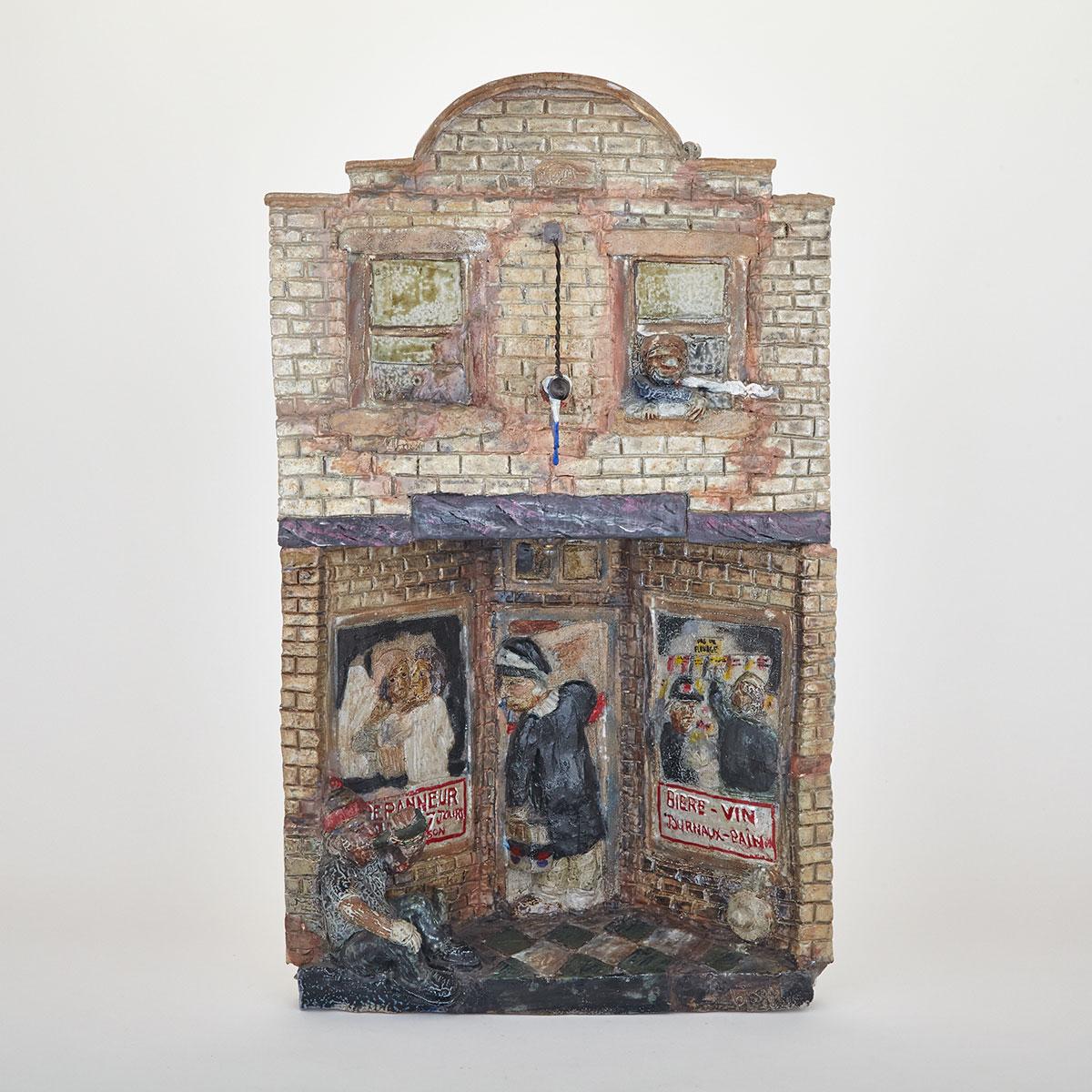 Jean-Denis Bisson was born in Ste-Agathe-des-Monts, Quebec in 1947. He studied computer science and worked as a programmer for ten years, before turning his focus to art. It was while traveling in France in 1989, that Bisson met the architect and sculptor Pierre Szekely. He accompanied the artist in 1991 to Brittany and assisted him with his work in the granite quarries. The two worked together for ten years, which gave Bisson the skills to create monumental sized sculptures.

Bisson founded the Blue Heron Pottery Works, in Val-David, Quebec, in 1982, where he reproduces Canadian traditional pottery. He has researched and studied ceramic glazes, metal refractory, and moulding, combining ceramics and bronze. Bisson has won several public commissions and has participated in a number of exhibitions across Canada. He has also published a book of his works, entitled Mes oeuvres de pierre: Sculptures choisies 1990-2010. He continues to work as a sculptor and ceramic artist. Bisson lives in Val-David, Quebec.