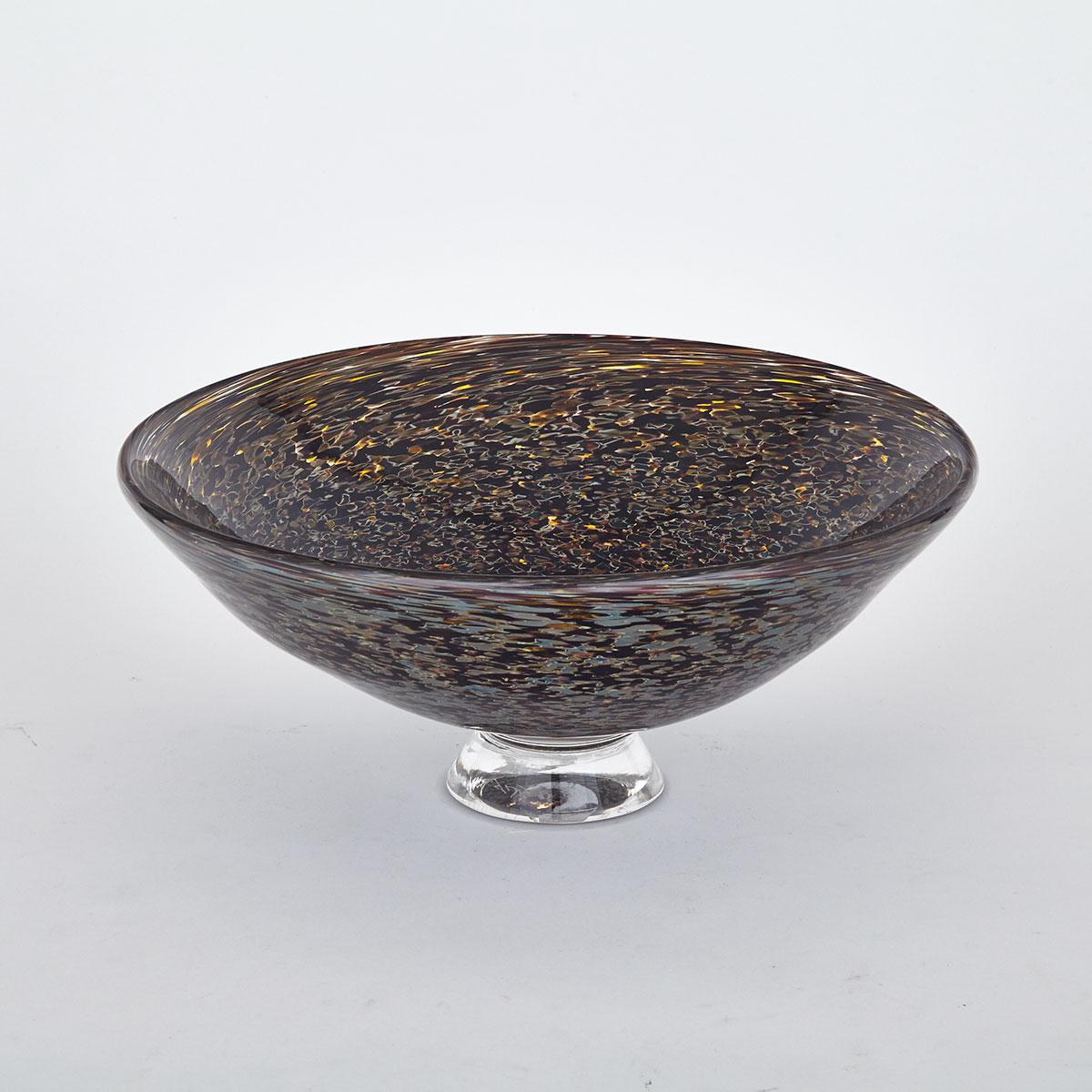 Jeff Burnette studied at Sheridan College of Art and Design in Ontario and Pilchuck Glass School in Washington State. He has also participated in numerous advanced glass workshops, where he has worked with some of the top hot glass artists in the world. In 1992 he was invited to France by CIRVA, where he first met and worked with Lino Tagliapietra. Through his intense study of glass, Jeff has mastered some of the most difficult aspects of glass blowing and sculpture. Jeff has become one of the leading goblet makers in Canada, and has won numerous awards for his outstanding talents.
In 1999 Burnette opened Joe Blow Glassworks in Vancouver, BC. He received some large commission works, such as the 400 piece installation at the Ki restaurant in Toronto and the 300 piece wall installation at the Ike Barber Learning Center at UBC. In 2010, he decided to downsize his studio and opened up Inner Sanctum Glassworks. Burnette lives in Vancouver, BC.