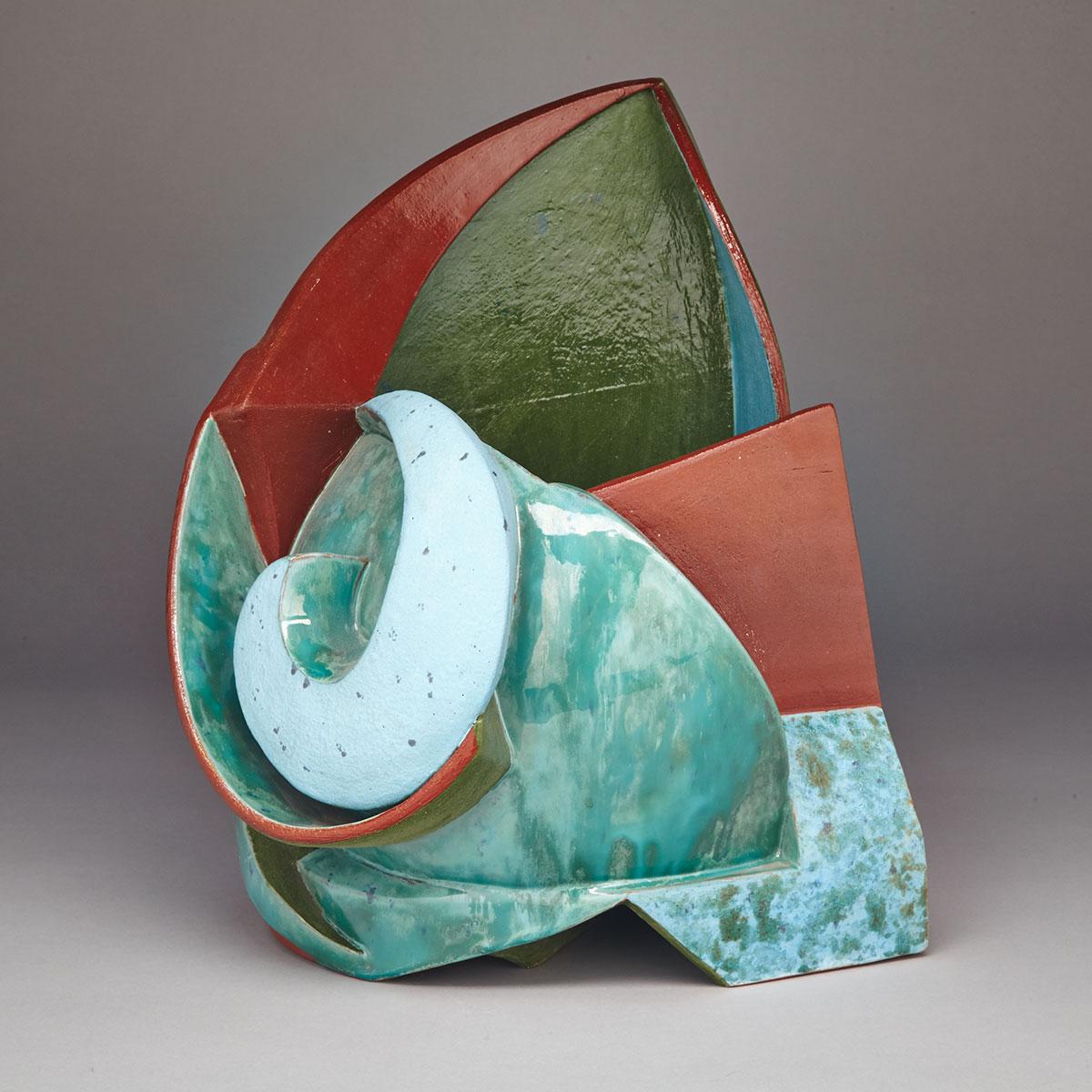 “My pottery embraces utility, a craft concept that engages an intimate connection to daily life. The concept of utility is one of accommodation and collaboration between maker and user. In my work, I explore the symbiotic relationship of form, containment and surface decoration. I make pots to serve, to heighten daily experience and through the action of use, mediate between art and life.”

Katrina Chaytor is an internationally renowned ceramic artists, best known for her hand-built functional ware. Her work is held in private and public collections in Canada, the US and China.

Katrina Chaytor was born St. John’s, Newfoundland in 1962. She received her BFA from the Nova Scotia College of Art and Design in Halifax in 1983 and her MFA from New York State College of Ceramics at Alfred University, Alfred, New York, in 1986. Chaytor has participated in numerous exhibitions both nationally and internationally and, in 2007, was one of ten Canadian ceramic artists invited to participate in a month-long residency at the Fule International Ceramics Art Museums at FuPing, Shaanxi, China.

Chaytor has been a permanent member of the Ceramics faculty at the Alberta College of Art and Design since 2001. She has lectured and taught workshops both nationally and internationally, and is the recipient of several awards and grants, including the Award of Honour from the Alberta Craft Council in 2010.

Chaytor’s work is of slab construction, incorporating complex patterns onto her surfaces with plaster moulds and accentuating them with luminous glazes. She continues to research the role of ornament as a “mediator between art and life” in contemporary culture.