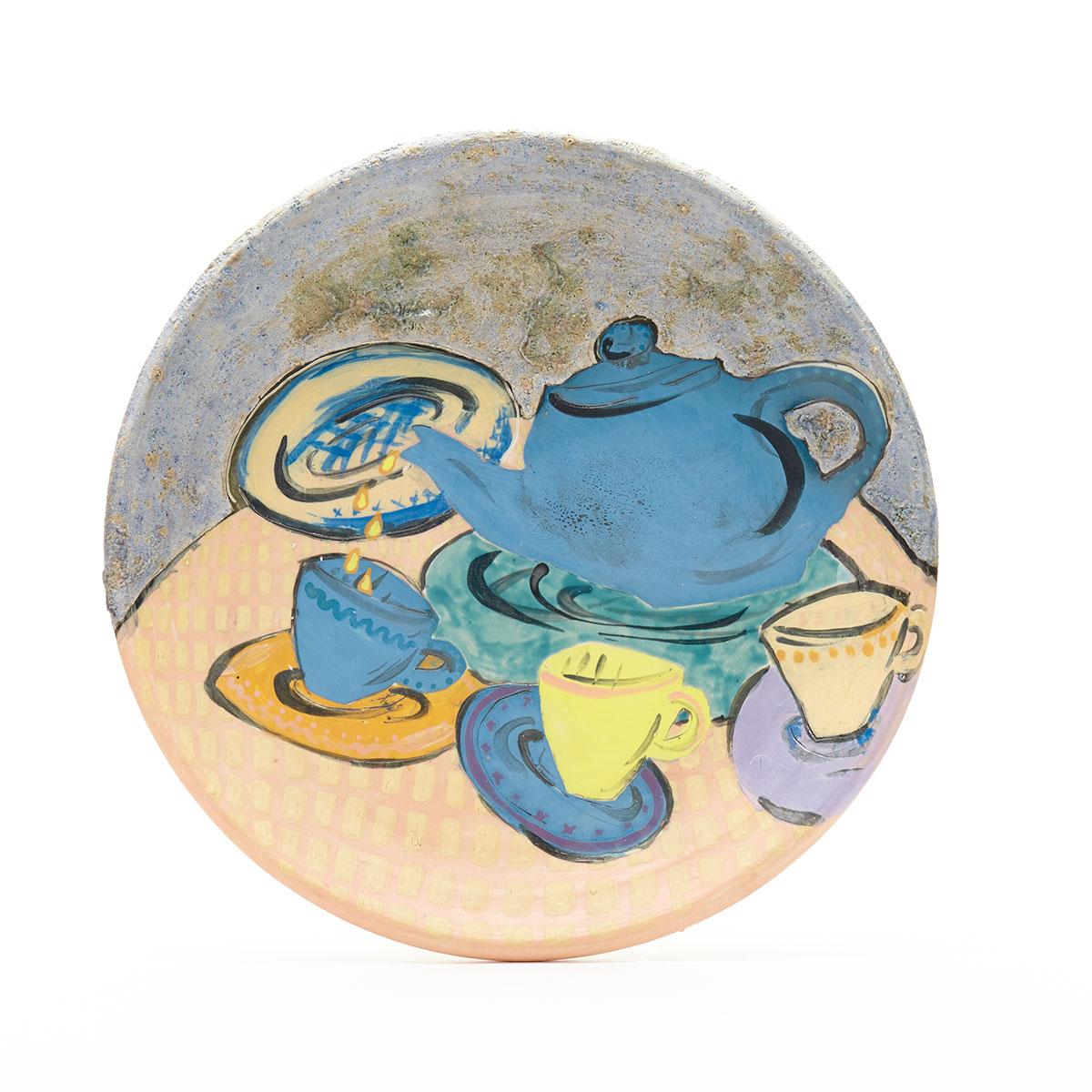 A SEARCH FOR THE TRUTH ABOUT CERAMICS (UTILITY)

“For most of my artistic life, I’ve made objects for daily use as well as objects intended primarily for the eye and mind. Both serve fulfilling aspects for my role as an artist, and again, the process of making each type of work reinforces and informs the making of the other. Pots thrown on the wheel generally approach a country aesthetic, being simply constructed, sometimes drawn on, soda glazed and/or wood fired”.

Calgary-based Barbara Tipton is recognized internationally for her expressive and innovative non-functional sculptural ceramics, specifically her deconstruction of cups and saucers.
Barbara Tipton, originally from Tennessee, received her Bachelor of Fine Arts in Ceramics from the Memphis College of Art and her Master of Fine Arts in Ceramics from Ohio State University. Upon graduating, she remained in Columbus to build her studio practice. She moved to Calgary, Alberta, in 1986 with her husband, British/Canadian ceramist, John Chalke, where she has worked on her art and taught at the University of Calgary and the Alberta College of Art and Design. At the time, she was one of the few clay artists with an MFA in ceramics.
Tipton has exhibited across Canada, the United States, Australia and South Korea. In 2009, her work was included in Unity and Diversity, an exhibition at the 2009 Cheongju International Craft Biennale in Cheongju, South Korea. The exhibition returned to Canada in 2010 to appear at the Museum of Vancouver as part of the Cultural Olympiad activities for the 2010 Winter Olympics. Tipton’s work is part of many public, private and corporate collections in Canada, the United States and England, including the Canada Council Art Bank and the Alberta Foundation for the Arts. In 2006, she was nominated for an Alberta Craft Council Award of Excellence. Tipton and her husband live and work in Calgary, Alberta.