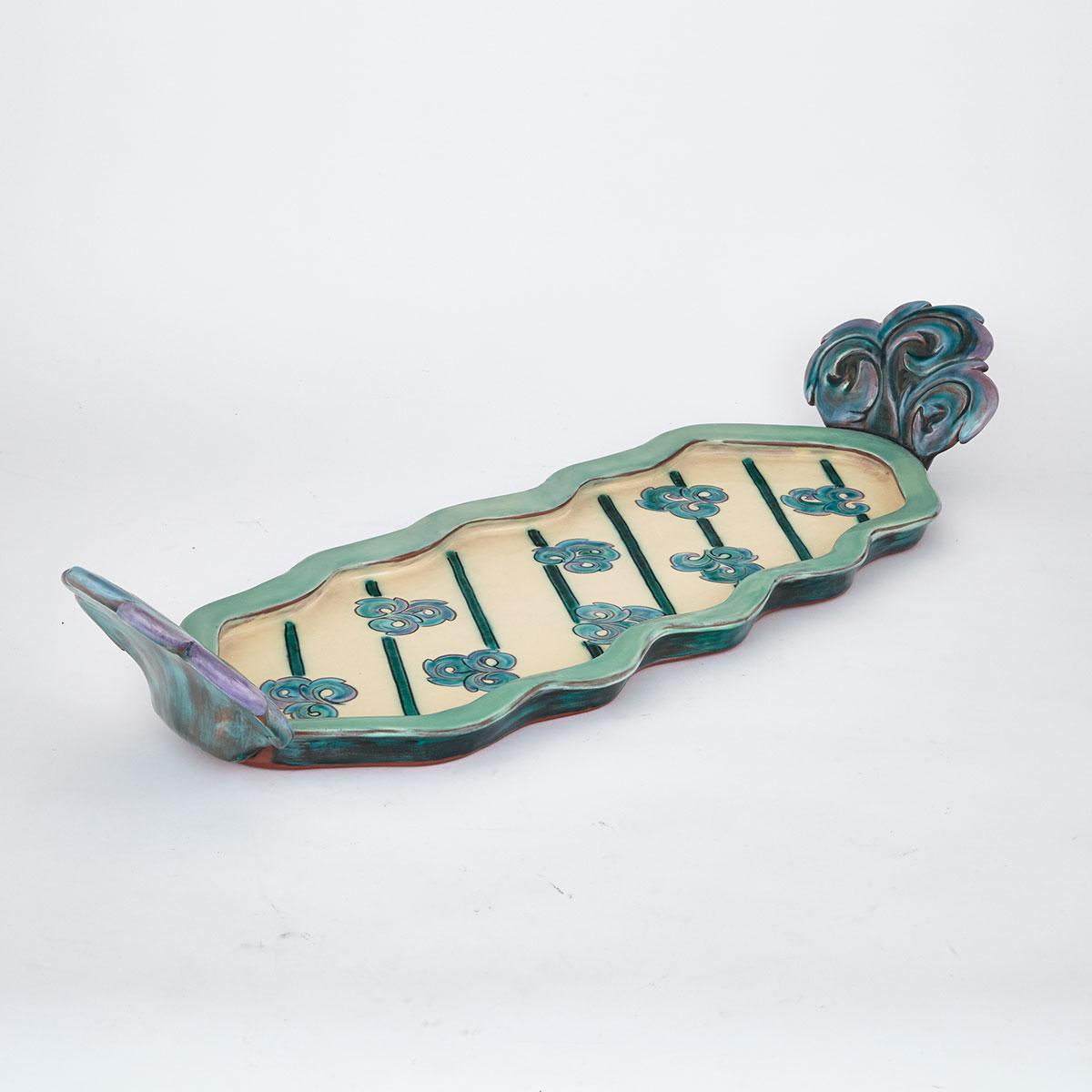 “In the context of the home, my work serves as an object of beauty and contemplation but also functions graciously in the serving of food or display of flowers. My intention is to provide a well considered contemporary object encoded with historical references that can offer an intellectual, visual, and sensual experience that enriches one's life.”

Jim Smith is one of Canada's most acclaimed contemporary ceramic artists, whose vases, platters & bowls are widely exhibited and have won numerous awards.

Jim Smith, born in 1956, has been a studio potter in Chester, Nova Scotia, since 1984. After having studied pottery for four years, he travelled and lived on the island of Crete for six months. It was this enriching cultural experience that convinced him to become a potter. Upon his return back to Canada, Smith began researching schools and, through the encouragement of Walter Ostrom, Smith studied at the Nova Scotia College of Art and Design. Ostrom also introduced him to working with earthenware clay. Smith graduated with a Bachelor of Fine Arts, majoring in Ceramics, in 1989.
Smith’s art has been greatly influenced by his travels; he has undertaken research in China, Mexico, Europe, Turkey, South Korea and Morocco, as well as done a residency in Italy. He has participated in over 80 exhibitions, both nationally and internationally, and his work is included in many prominent public and private collections, including The Gardiner Museum of Ceramic Art in Toronto, and the Jingdezhen Ceramic Institute in Jingdezhen, China. He has won many awards for his work, including The QE II Golden Jubilee Commemorative Medal by the Canadian Government in recognition of distinguished career achievement and significant contribution to Canadian society in 2002, and was inducted into the Royal Canadian Academy of Arts in 2008. He had the honour of being a juror for Canada's highest award in fine craft, the Saidye Bronfman Award/Governor General’s Award in Visual and Media Arts. Smith has also recently been granted “Master Craftsman” membership with the Nova Scotia Designer Crafts Council. He lives in Chester, Nova Scotia.