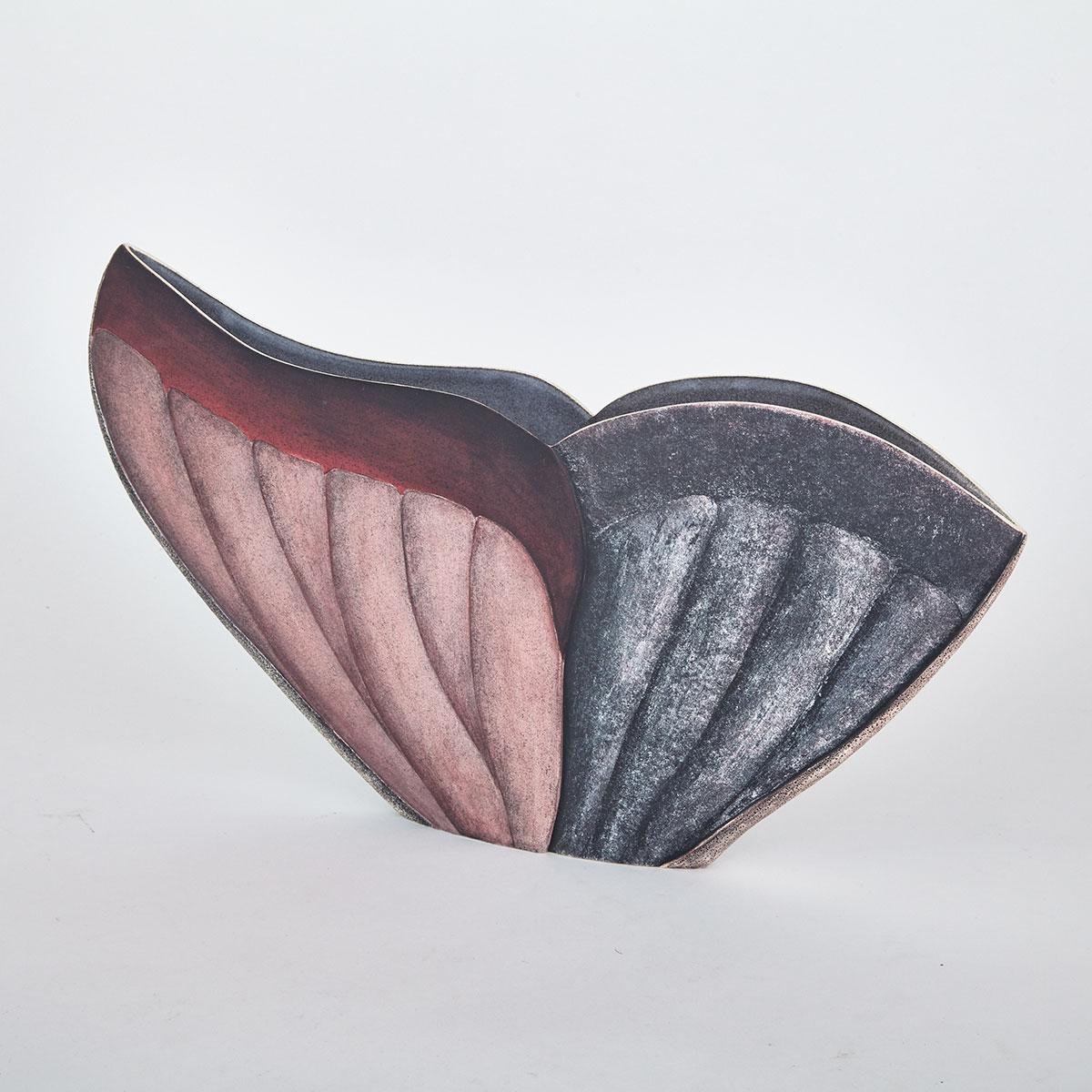 Grace Nickel received her B.F.A. (Ceramics) from the University of Manitoba in 1980 and her M.F.A. from NSCAD University, Halifax, Nova Scotia in 2008. Her work is internationally recognized and she has received numerous awards in overseas competitions, as well as Manitoba Arts Council and Canada Council arts awards.
In 1989, Nickel won the Bronze Award at the 2nd International Ceramics Competition in Mino, Japan. She has also had works accepted into The Fletcher Challenge Ceramics Award in Auckland, New Zealand and was shown in the 1992 International Invitational Exhibition of Ceramic Art in Taipei, Taiwan, where her work was purchased for the National Museum of History. In 1993 she participated in Selected Treasures, an exhibition organized by the Canadian Craft Museum in Vancouver, which traveled to Taipei, Tokyo, Hong Kong, Chicago and Toronto. In the summer of 1999, Nickel traveled to Australia where she was invited to demonstrate her work in paper clay and to present a lecture at Edge, the 9th National Ceramic Conference in Perth. While there, she participated in several exhibitions that took place in conjunction with the conference. In 2000 Nickel won a Judge’s Special Award in the prestigious Sixth Taiwan Golden Ceramics Awards competition. The Taipei County Yingge Ceramics Museum subsequently purchased Nickel’s award-winning piece for its permanent collection. In 2002 the Winnipeg Art Gallery nominated Nickel for the Saidye Bronfman Award, the most prestigious award for fine craft in Canada.

Nickel is Professor of Ceramics at the School of Art of the University of Manitoba.