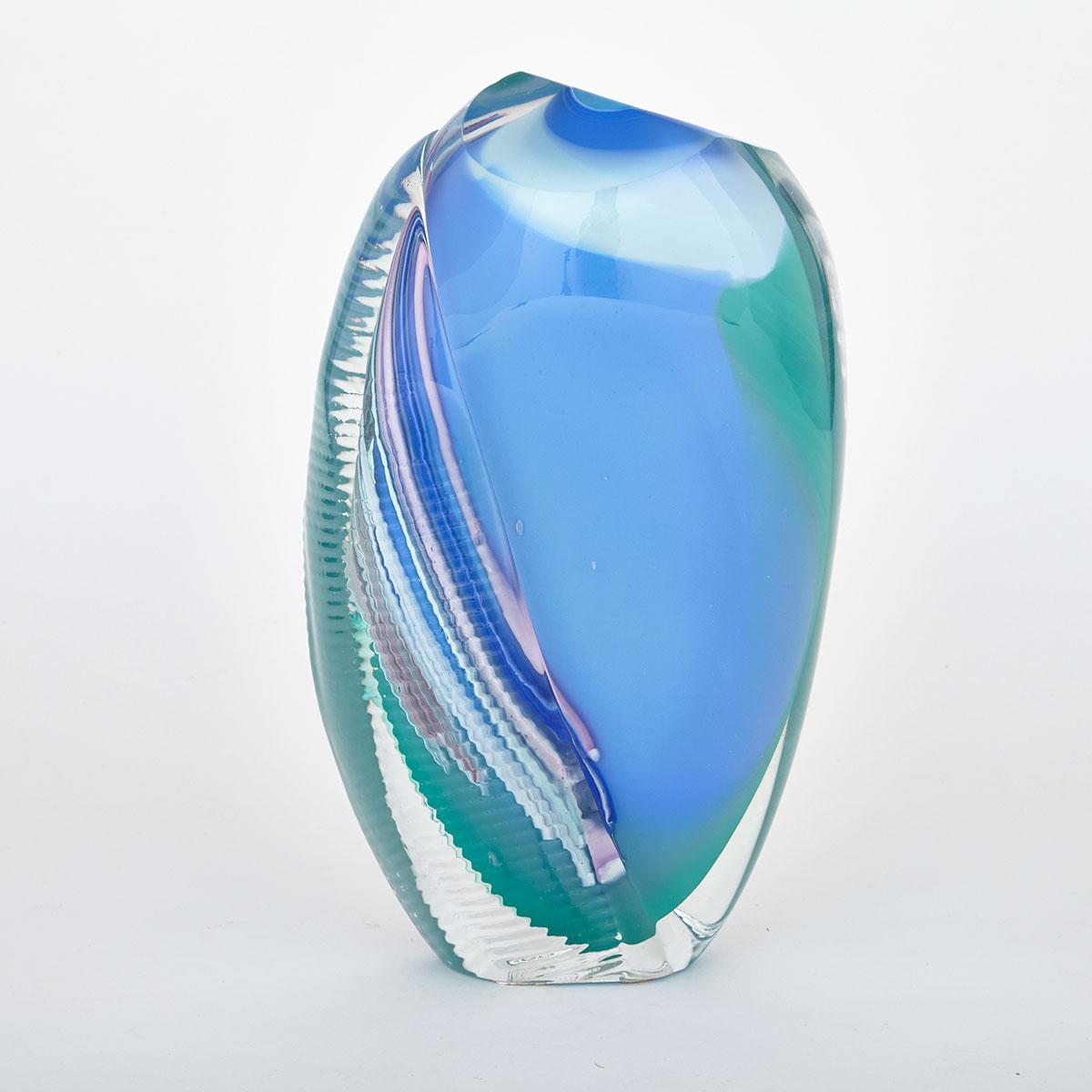 Shirley Elford was born in Hamilton, Ontario, where she grew up. She married in 1963 and started a family. At 23, Shirley went back to school, to the Dundas Valley School of Art, where she took every course they offered over 13 years. Elford began blowing glass back at the Ontario College of Art (OCA) in the early eighties. She entered OCA at 36 years of age and fell in love with the seductive qualities of glass and finished her formal schooling at Sheridan College under Dan Crichton. Crichton, Karl Shantz and François Houdé were glass artists who influenced her work.

Nearing middle age, Elford’s career took off. She opened a studio in Hamilton, and eventually was picked to redesign the Juno Award. She personally made 1,000 Junos over the years. Her works are found in collections around the world, and were presented by the city of Hamilton to visiting luminaries including Bill Clinton, Elton John, Bono, Prince Edward and Christopher Reeve.

Elford’s greatest artistic legacy, however, was her angels. In 1990, inspired by her mother’s passing, and the tragic death of a toddler in a house fire, Shirley created a glass angel design that was elegant and uplifting. By the end of her life, she had made about 9,000 of the angels. She believed that every one of them possessed a piece of her mother, and the toddler, and that each angel found its way to the right owner, to inspire and comfort. Elford passed away in Hamilton, Ontario, in 2011.