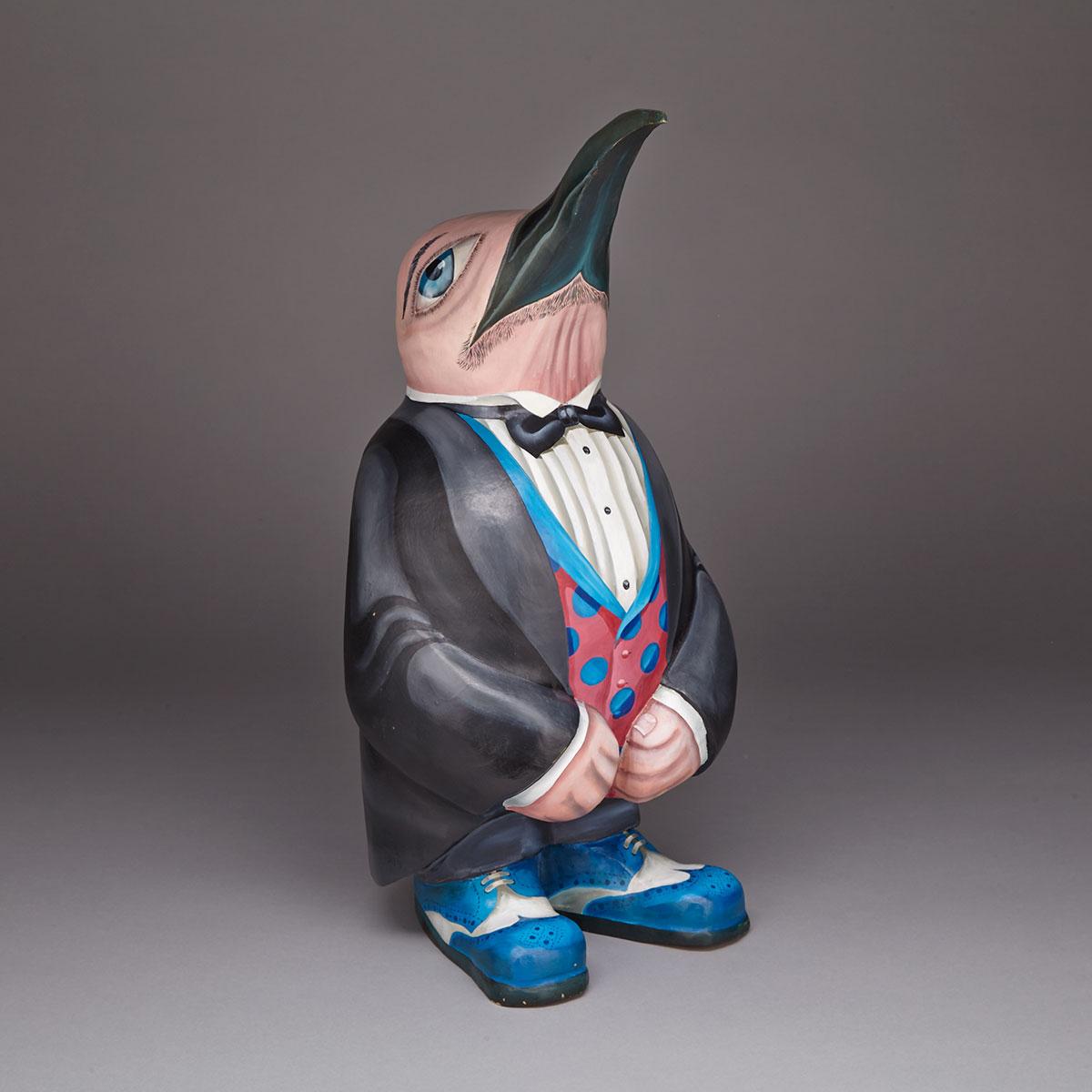 MR. PENGUIN OFF TO THE CLUB

“I like to think of what I do as giving expression to mystery.”

Artists James Paterson and David Paterson, born in 1957 and 1961 respectively, grew up in the Kensington Market area of Toronto. James received his Bachelor of Fine Arts from the University of Waterloo and taught art at the elementary and high school levels for several years before leaving teaching to pursue art full time.

The brothers started creating folk art together, with David doing the carving and James painting them. Their works feature Canadian icons such as stylized Mounties with loons’ heads, and hockey players. James Paterson has recently completed a series of illustrations for the Revised Common Lectionary. He has participated in solo and group exhibitions both nationally and internationally.