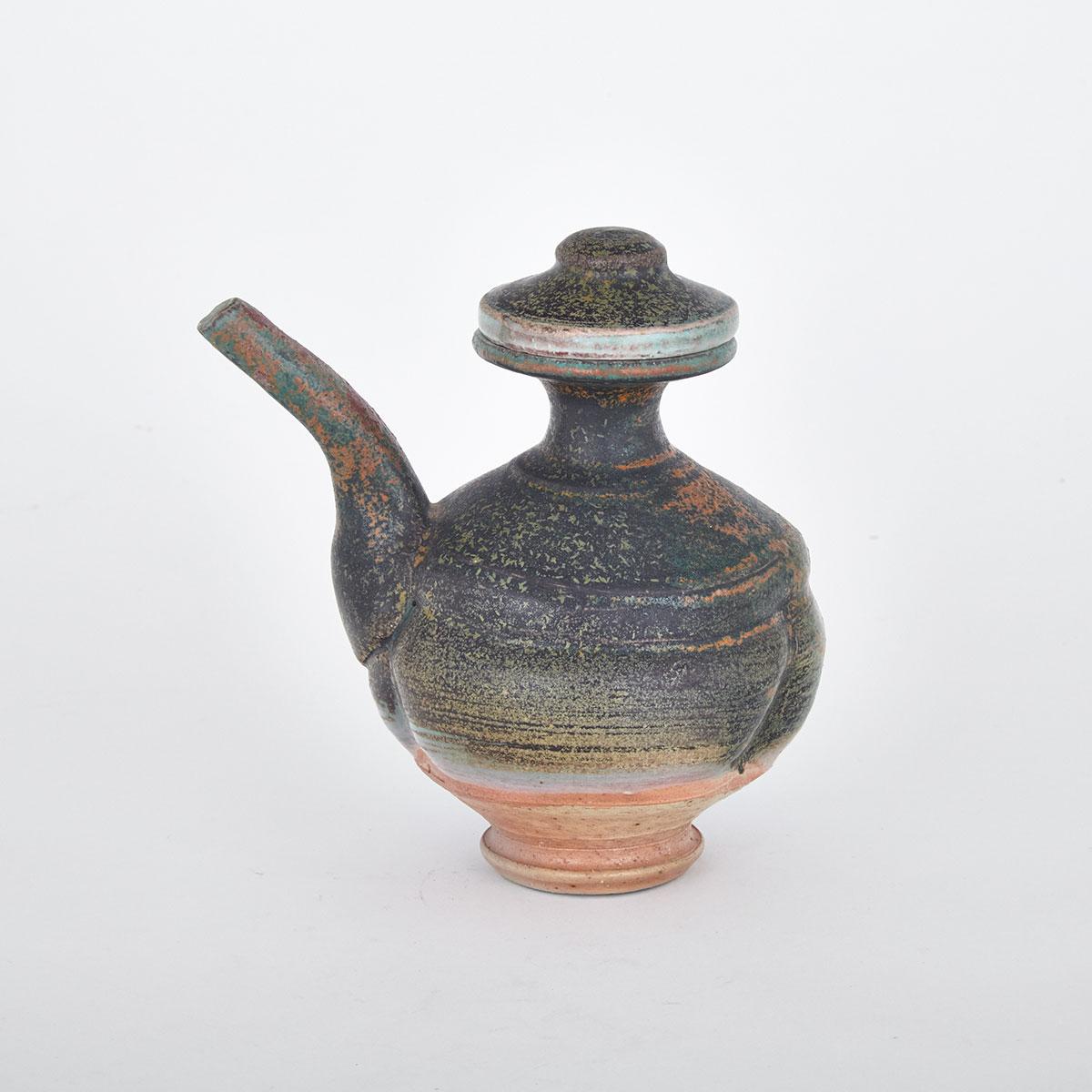 “When I make functional pottery I try to give utility and beauty an equal role. For me the most direct way to do this is to use function as the inspiration. Using a combination of throwing and hand building techniques, I reinterpret traditional forms. I approach this in a spontaneous way by combining thrown parts, literally drawing with the clay as I go. The wheel in particular exploits the natural fluid qualities of the clay and gives me the interior volumes and structural integrity, which I think are essential for good pottery”.

Sarah Coote was born in Salisbury, Southern Rhodesia in 1957 and grew up in London, England, Australia, California and Ottawa, Ontario. She graduated in 1983 with a B.F.A. from the Nova Scotia College of Art and Design, having completed 2 years at Sheridan School of Crafts and Design in Missisauga, Ontario, where she studied under Bruce Cochrane and Winn Burke. Coote also studied at Kent State University in Ohio under John Gill and then New York State College of Ceramics at Alfred University, where she earned a Masters of Fine Arts Degree. After graduating from Alfred, she went to teach in the ceramic department at the Nova Scotia College of Art & Design with Walter Ostrom for 3 years. In between she spent one year travelling and researching traditional Spanish Folk Pottery and for two summers taught and gave workshops at La Escuela de Ceramica de La Bisbal in Catalunya, Spain. After NSCAD she was invited to do a sabbatical replacement for Tam Irving at Emily Carr Institute of Art and Design in Vancouver, British Columbia, and has been living there ever since, teaching fCeramics and Drawing in the Fine Arts Department full-time at Langara College where she has been since 1992.