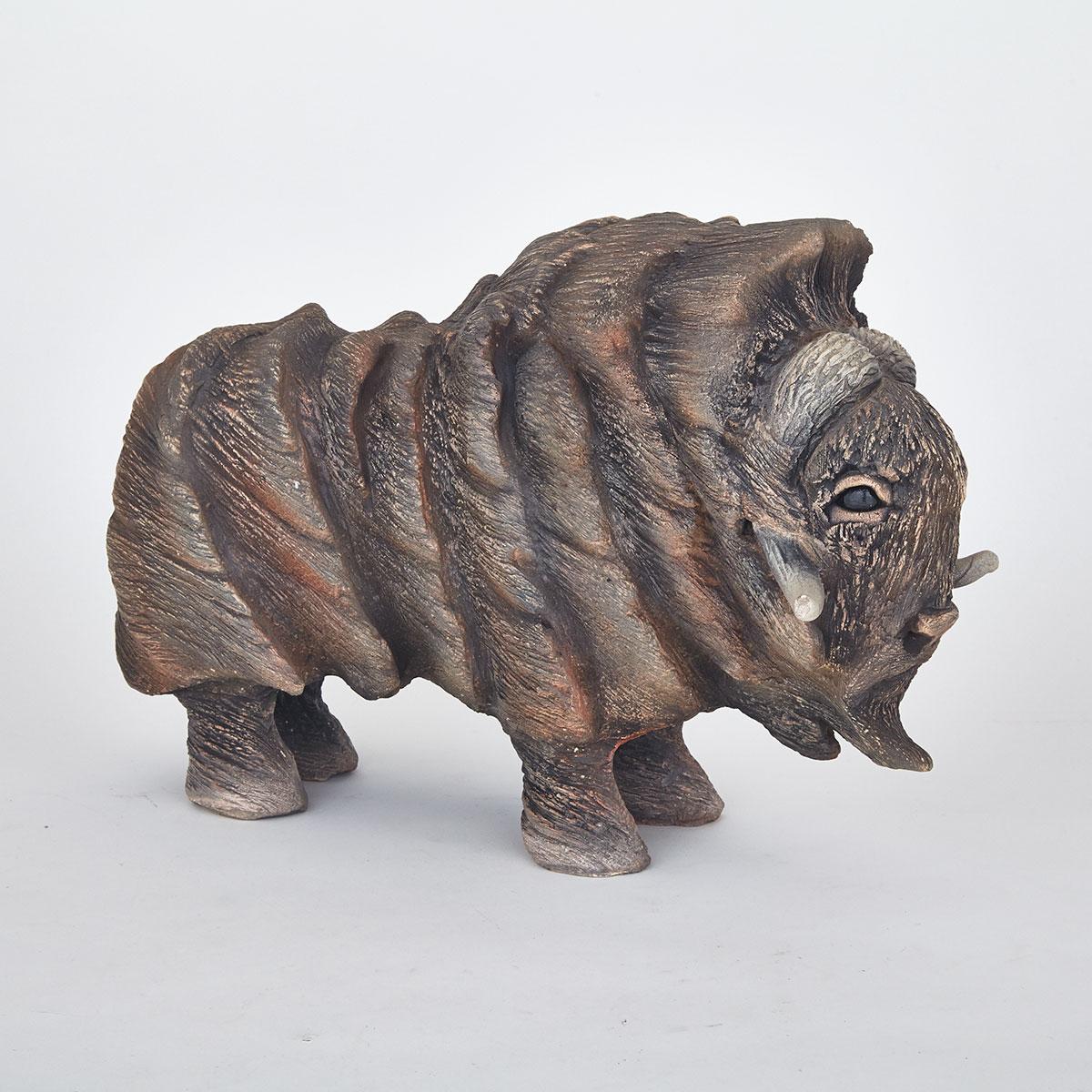 MUSKOX FROM THE LEEWARD SERIES


Robert Billiard was born in Winnipeg, Manitoba in 1943 and grew up in Saskatoon, Saskatchewan. He earned his undergraduate degree in Fine Arts 1967 from University of Manitoba, studying ceramics under Charlie Scott and painting under Donald Richard Reichert. He went on to study towards a Master of Fine Arts at the Claremont Graduate School in California in 1968, under the supervision of Henry Takemoto. This was during the California Clay Movement.

Billiard did not complete his Masters: in 1970 he was offered the position of Arts and Crafts Project Manager with the Government of the Northwest Territories. During his three years there, he oversaw the development of native arts and crafts in Ranklin Inlet, Kangiqliniq and was was instrumental in introducing new techniques such as salt glazing, but also worked with the Inuit ceramicists to establish standards. Due to lack of support and understanding from the federal government, Billiard resigned in 1973 and returned to Saskatoon to establish his own ceramics studio, The Slate and Stone Company. Here he concentrated primarily on commercial projects and exhibited extensively in Saskatoon, at the Mendel Art Gallery, Gallery One, the cooperative Shoestring Gallery. He also taught at the University of Saskatoon

In 1978, Billyard became the Saskatchewan CARFAC representative in Saskatoon, known as CARFAC North, and was closely involved with organizing the newly formed SCC.