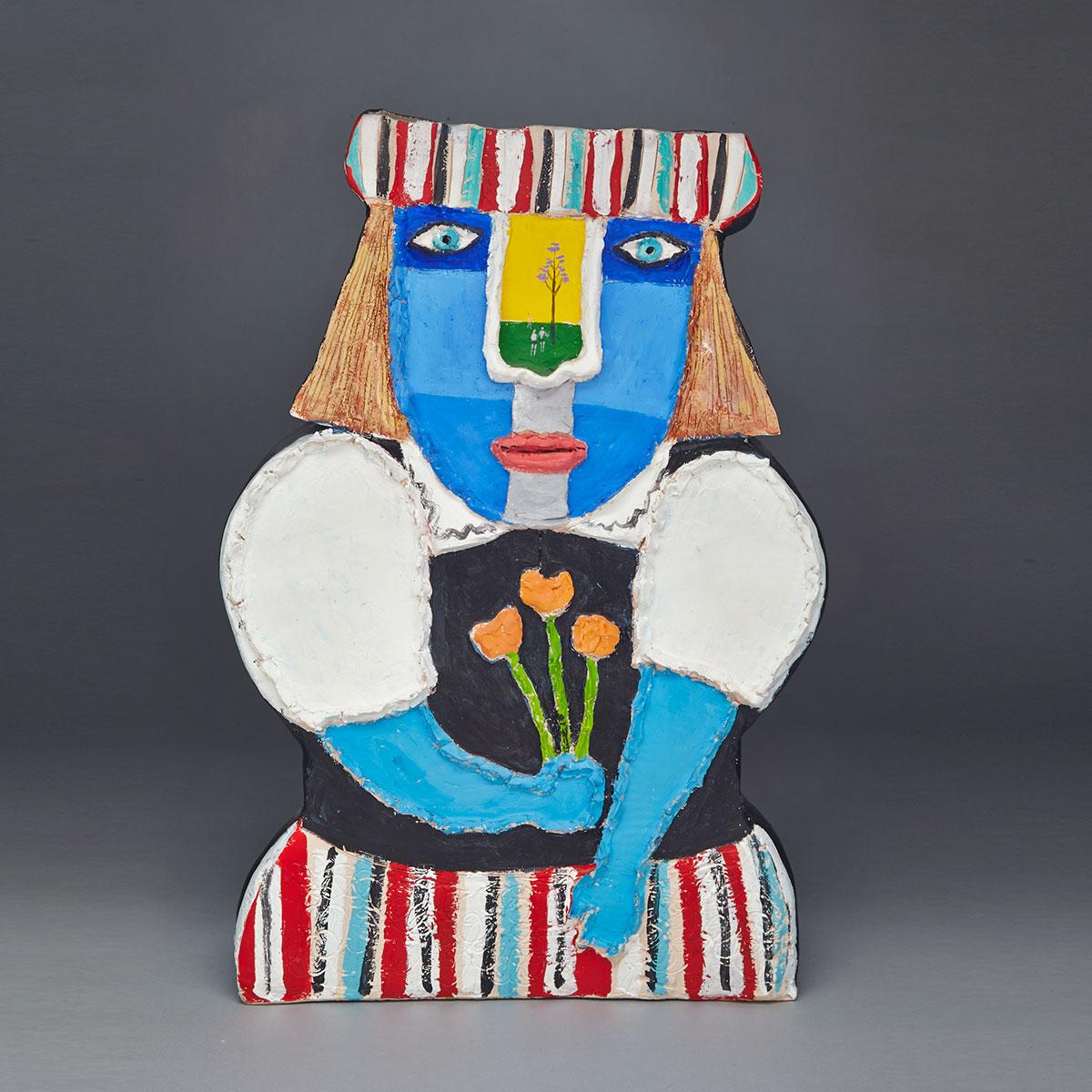 Kupczynski was born in Wilno, Poland, in 1928. He escaped with his mother to Warsaw in 1939 during the Soviet invasion of Poland, while his father, an officer in the Polish army, went to Britain to aid in the war efforts. Kupczynski moved to Wroclaw at the end of the war to study at the Academy of Fine Arts in 1946. He became a member of The Association of Polish Artists, but his works were banned from exhibition by the Polish socialist government because of his tendencies towards expressionism and semi-abstract art. With the change in government in the mid-1950’s, and a more liberal view adopted to abstract art, Kupczynski’s works began to gain attention. The turning point for his career in terms of international recognition came in 1959, when then Vice-President Richard Nixon purchased one of Kupczynski’s paintings. By the early 1960‘s, his works were being exhibited throughout Europe and the United States, including a solo show at the Miami Museum of Art, and a group exhibition at the Philadelphia Museum of Art , alongside the works of Picasso, Georges Braque, Joan Miró, Marc Chagall, and Paul Klee.
Kupczynski immigrated to Canada in 1971, eventually settling in Vancouver, British Columbia. In 1980, he and his wife opened the Kupczynski Studio Gallery and worked on commissions for the Vancouver Opera, a mural for the British Columbia’s Children’s Hospital, and a commemorative poster , Pax in Terra, to mark Pope John Paul II’s visit to Canada. His work has regularly been exhibited across Canada, as well as in Warsaw, Poland; London, UK; Seattle, Washington; New York City; and Tokyo, Japan. Kupczynski lives in Vancouver, BC.