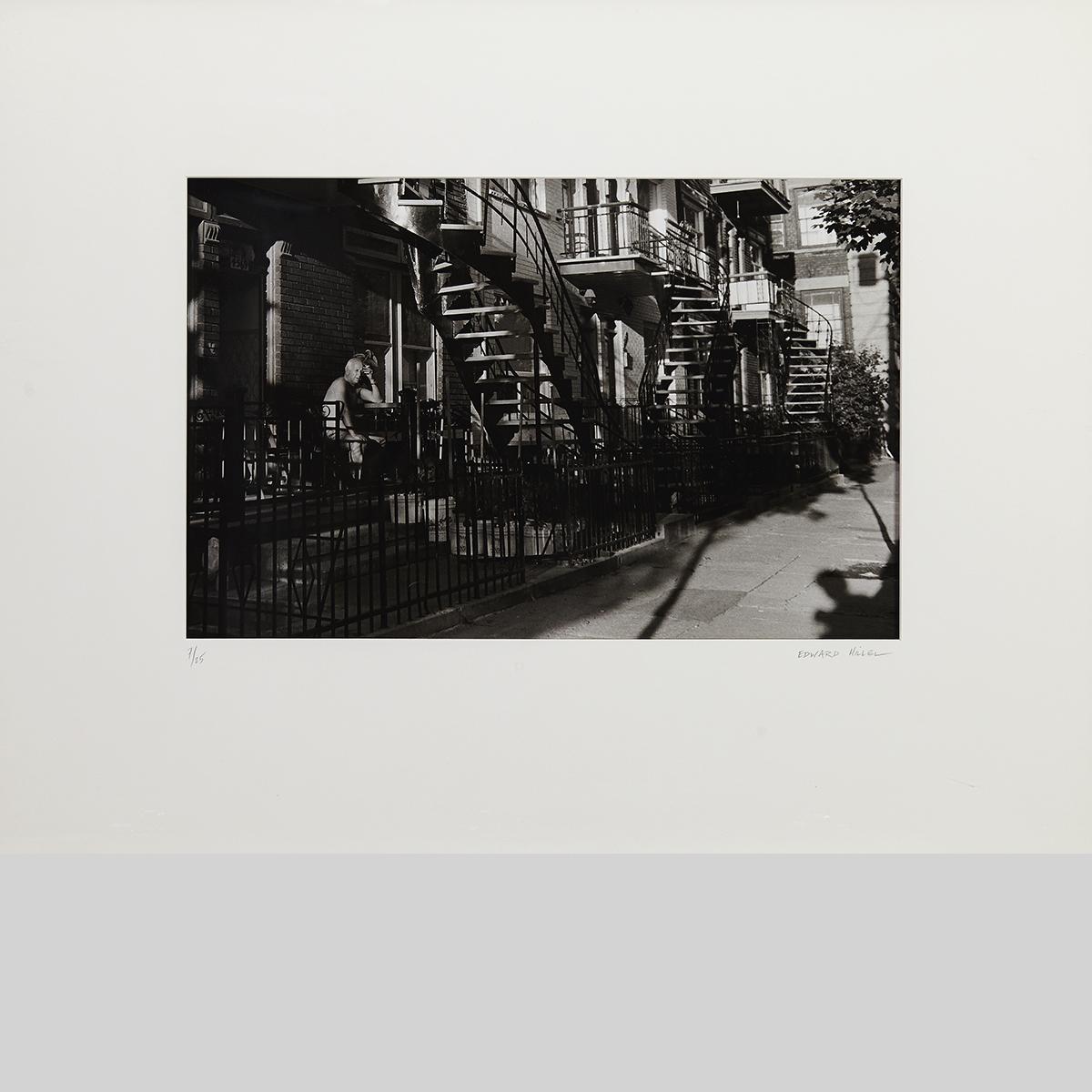 Edward Hillel was born in 1953 in Baghdad, Iraq. He grew up in Montreal, Quebec, and graduated from McGill University in 1975, having studied political science and philosophy. He spent several years as a community organizer before devoting himself wholly to his art since 1990. A self-taught artist, his works are a form of gesammtkunstwerk, a total engagement with the world he inhabits. A recurring theme for his work has been the stories of Holocaust survivors and the members of the resistance. These works saw an evolution over time that went from standard portraits with audio recordings to multimedia displays built into portable installations, as in “The Birds are Back” (1999). In 2006, Hillel opened his art space in Harlem, New York and, in 2008, founded the Harlem Bienniale, an international arts & culture event that takes place in Harlem, New York.