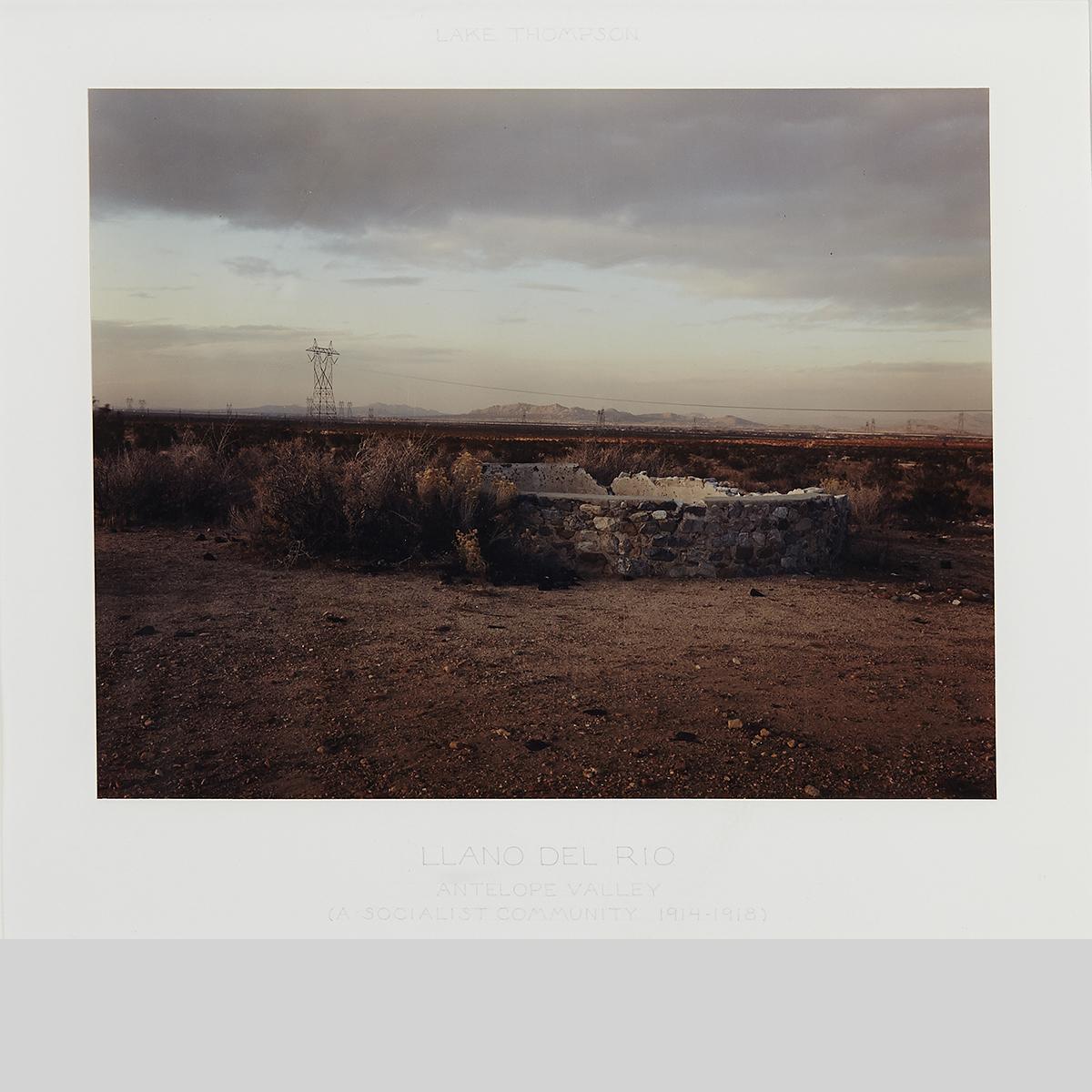 Mark Ruwedel was born in Bethlehem, Pennsylvania in 1954. He obtained his Bachelor of Fine Arts from Kurztown State College, Pennsylvania, in 1978 and his Master of Fine Arts from Concordia University in Montreal in 1983. It was while in university that Ruwedel developed an interest in photography, discovering the works of Lee Friedlander, Lewis Baltz, and Robert Adams. Upon graduating, Ruwedel taught photography at Concordia from 1984 until 2001, while pursuing a career as a fine art photographer. Ruwedel has spent his career working in the “New Topographics” tradition, picturing American landscapes as the scarred and decaying byproducts of capitalist exploitation.

Ruwedel’s photographs have been the focus of more than forty solo exhibitions, including at the Palais Rameau in Lille, France, the Nevada Museum of Art in Reno and the Winnipeg Art Gallery in Canada. Additionally, he has participated in group exhibitions at the J. Paul Getty Museum in Los Angeles, San Francisco Museum of Modern Art, Tate Modern, London, Smithsonian American Art Museum in Washington D.C. and the Vancouver Art Gallery. His photographs are represented in the collections of the J. Paul Getty Museum, Princeton Art Museum, St. Louis Art Museum, and the Metropolitan Museum of Art, New York, among many others. He has held several teaching positions, including, since 2002, his current appointment as Assistant Professor at California State University, Long Beach. Ruwedel divides his time between Long Beach, California, and Vancouver, British Columbia.