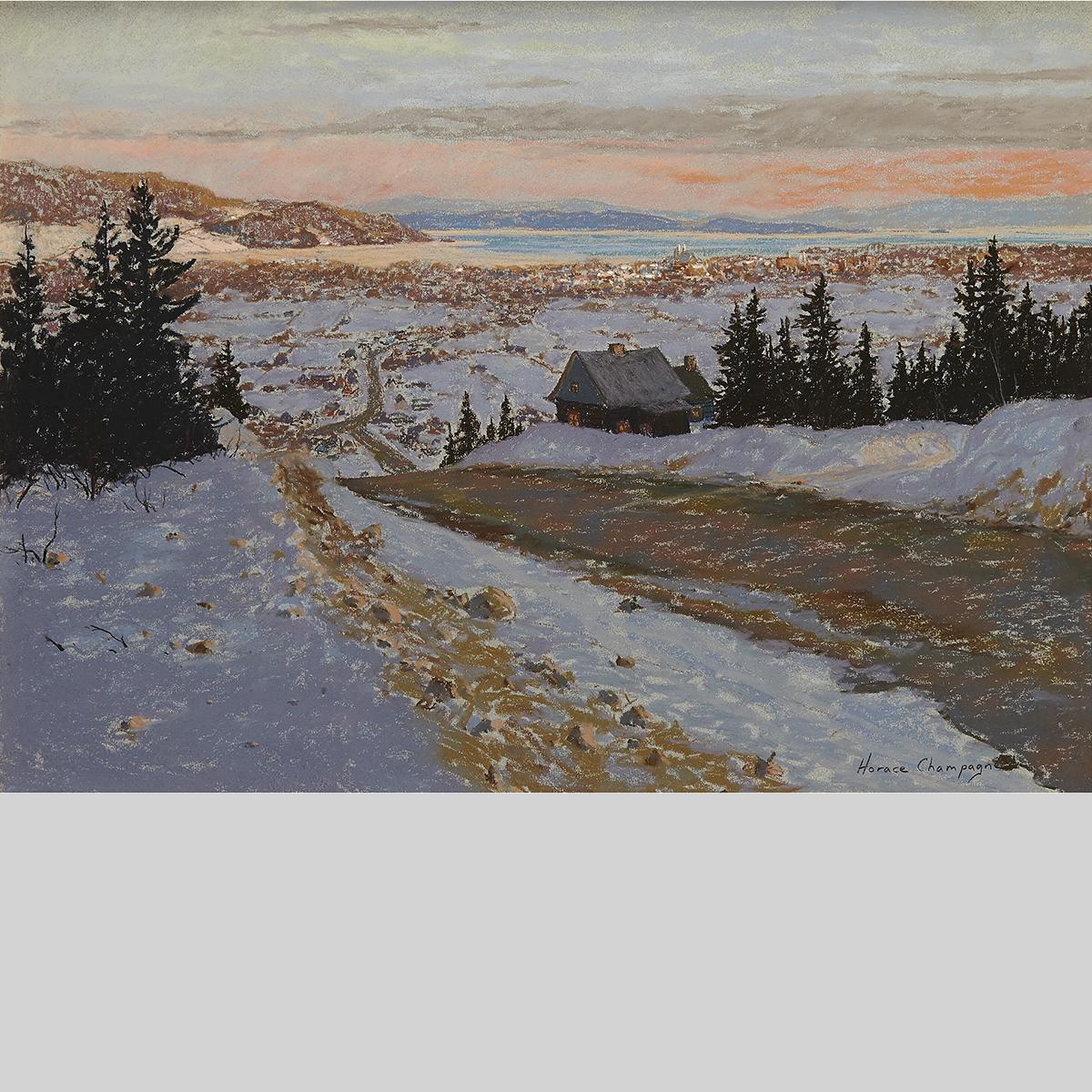 Horace Champagne was born in Montreal, Quebec, in 1937, the grandson of noted artist Charles Ernest de Belle (1873-1939). He trained in design, graphic arts and fine arts, studying at the Ecole des Beaux-Arts, Montreal(1953-54), the Ottawa School of Art (1979), and in the U.S.A. with Charles Movalli, in Rocky Neck Mass., and with Daniel Green in North Salem, New York. Champagne has been represented by Masters Gallery in Calgary, which had represented The Group of Seven, Tom Thompson, and many other prominent contemporary artists since 1980. In 1982, he was commissioned by Masters Gallery to produce a series depicting scenes from Alberta's foothills and Rocky Mountains to the Pacific shore of British Columbia.

In 2010, renowned art writer, Joan Murray, published a book on his work and life. Most recently, in 2013, he received an Invitation of Honor from the Art Du Pastel En France, to exhibit.

Horace Champagne lives and works from his two studios, one nestled in the woods of Ile d'Orleans in Quebec, the other on the rocks of Rose Blanche in Newfoundland.