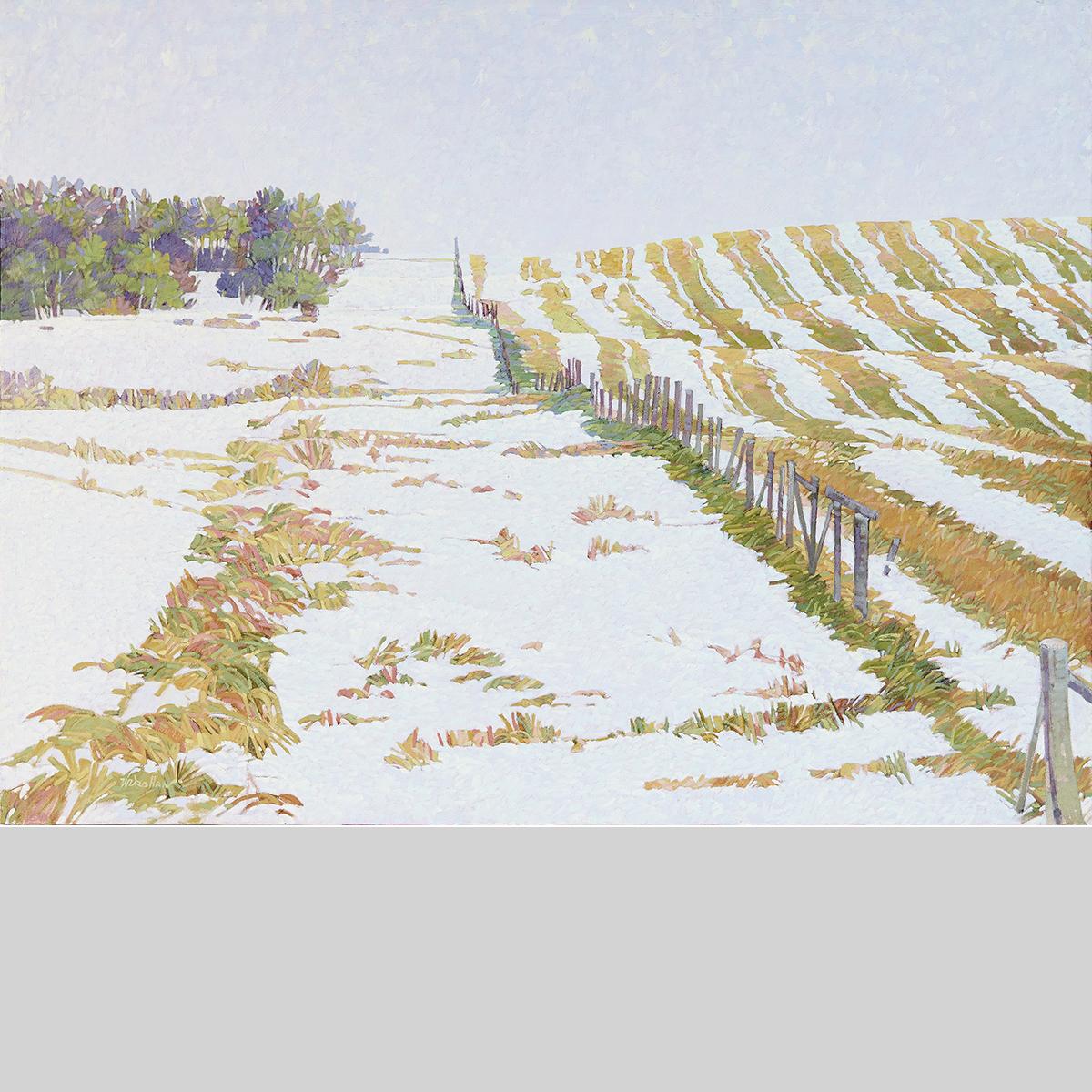 MEETING AT THE HORIZON

Walter Drohan was born in Calgary, AB in 1932. He received his Bachelor of Arts from the Provincial Institute of Technology and Art in 1956, now known as the Alberta College of Art and Design, and continued graduate studies at the Cranbrook Academy of Art in Flint, Michigan. He also spent a one-year sabbatical in Germany, which greatly influenced his ideas about porcelain.

Drohan returned to Canada in 1957 to work at the Ceramic Arts, founded by Luke Lindoe, RCA, working almost exclusively in stoneware, thrown, cast and hand-built, and of a high quality craftsmanship and design. He also began teaching at the Alberta College of Art and Design, where he was pivotal in the development of the ceramics department. Drohan’s passion for all aspects of art resulted in him instructing in every area of study offered at the college: ceramics, painting, drawing and printmaking). In 1980, Drohan stopped making pottery in 1980 and, for the remainder of his life, pursued a successful second career in painting, his interest lying especially in military aircrafts.

Drohan received many awards, including the prestigious Senior Canada Council Grant, which permitted him to further his studies in Europe. Upon his return, Drohan resumed teaching in the early 1980’s, helping to form the artistic skills of renowned Canadian ceramists including Paul Mathieu, Harlan House, Les Manning, Leopold Foulem, Therese Chabot, Jim Etzkorn, Garry Williams and many others.

Throughout his career, Drohan received many private commissions and exhibited across Canada. Upon retirement, he formed Jumping Pound Studios in Cochrane, AB, with his wife, Pat. Walt Drohan passed away suddenly in 2007, at the age of 74 years.