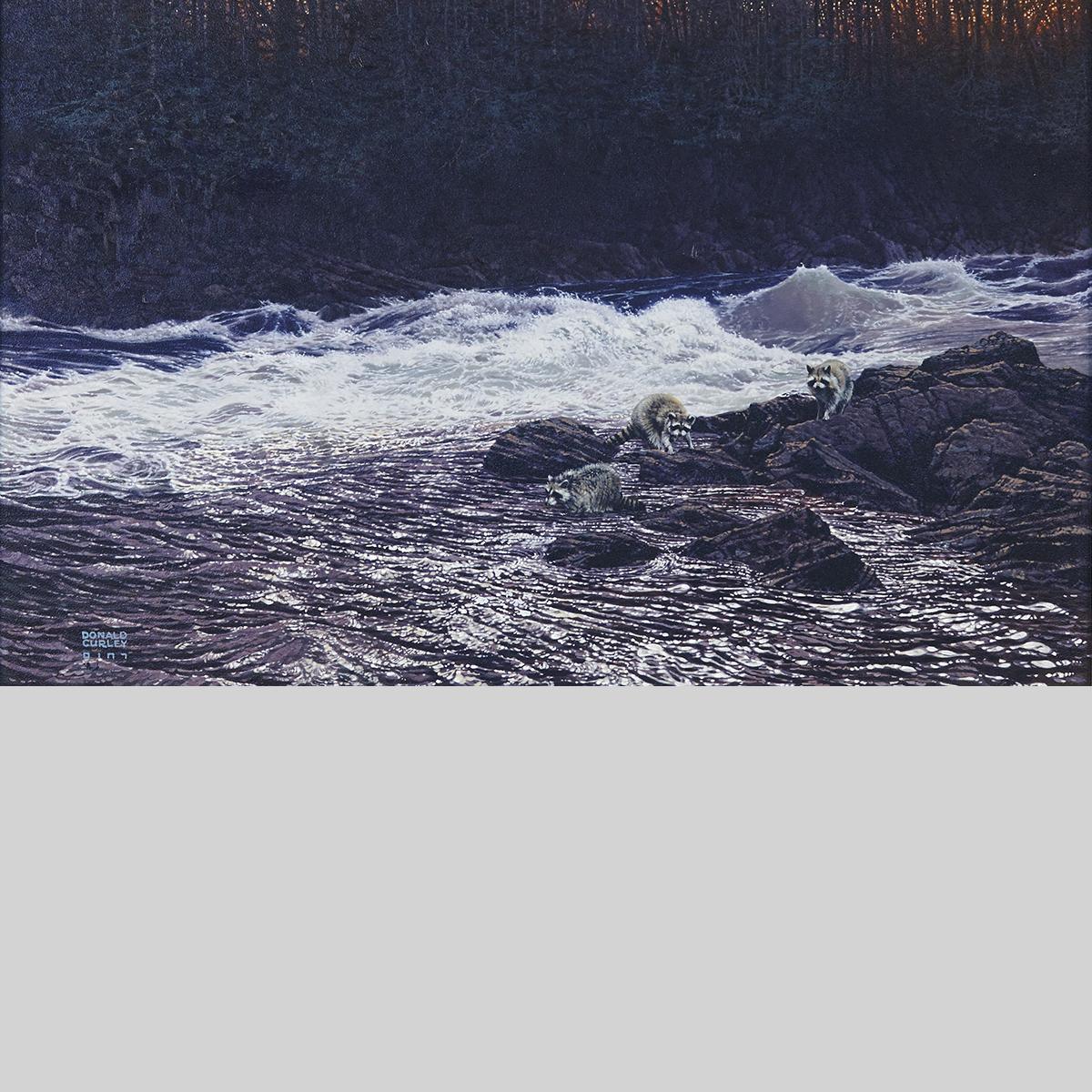 NOT A GREAT PLACE TO CROSS

In 1996, Curley was included in Who's Who in International Art, and subsequently in Who's Who in American Art. In 2002 Donald was recognized by editors of International Artist Magazine as one of the Master Painters of the World, and in the next issue he was chosen to be the Grand Prize Winner, the first artist to be honored twice in the same competition.

Curley completed many commissions, including those for Commemorative Stamps, Switzerland, and for the Royal Canadian Mint, including the gold portrait coin of Alexander Graham Bell, four coins for the 1998-2000 Canadian Sports Series, and the 10-cent coin of John Cabot’s transatlantic crossing. His work is found in several prominent international collections, including the Carnegie Museum in Pennsylvania, and the Art Gallery of Nova Scotia. Curley passed away in Chester, Nova Scotia in 2009