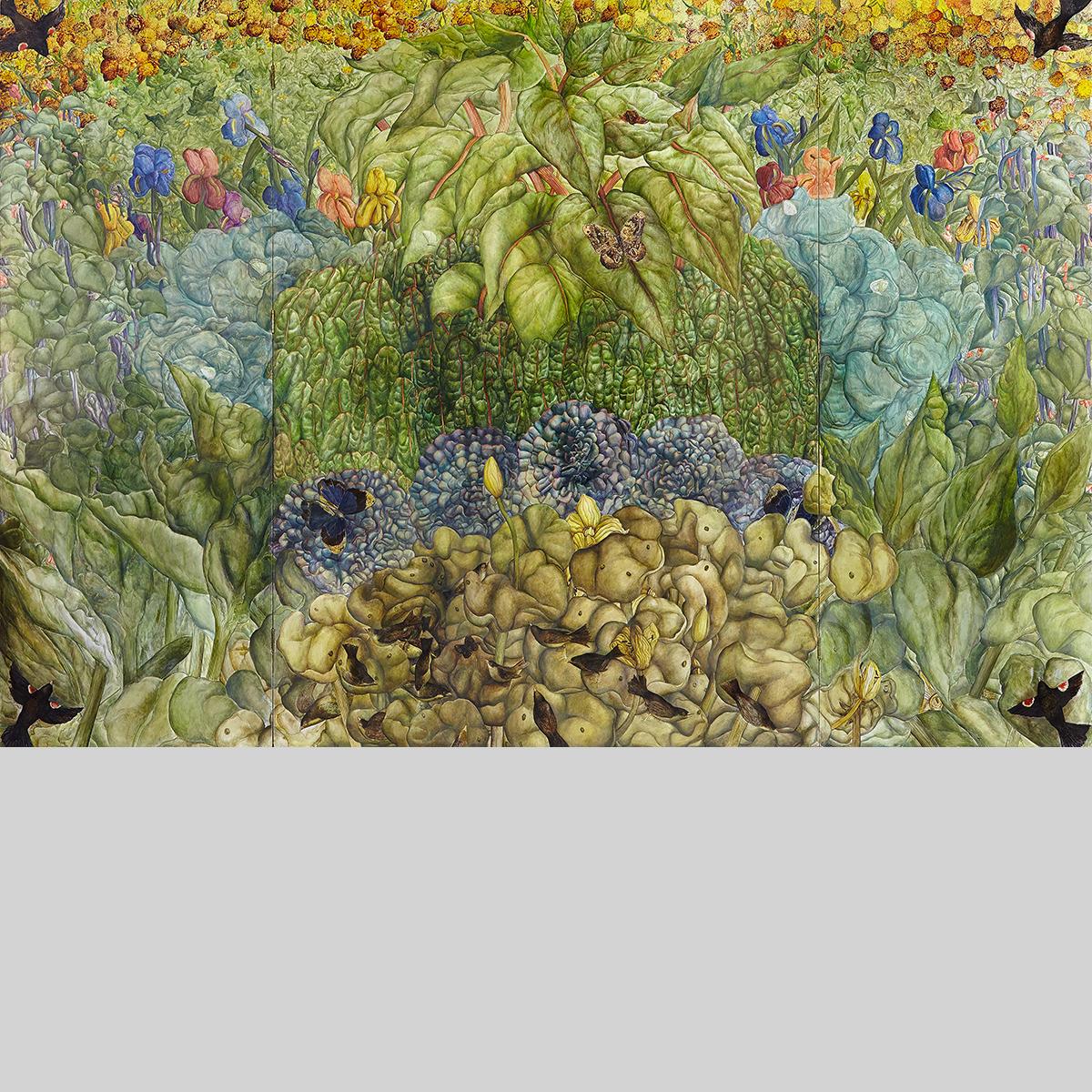 Marion Wagschal was born in Port of Spain, Trinidad, in 1943, and immigrated to Canada with her family in 1951, settling in Montreal. She received her Teaching Diploma from McGill University in 1962, and went on to graduate with a Bachelor of Fine Arts from Sir George Williams University in 1965.

The themes of Wagschal’s paintings have evolved throughout her career. In the 1970’s, she focused on everyday family life, from babies to the elderly, as in The Birthday Party (1971). Wagschal painted large works in the 1980’s and early 1990’s, depicting intimate relationships of families and friends, continuing her chronicle of the ravages of time on the human body, as in her Couple with Calico Cat (1988). She went on to painting places of work with the implication of human figures, such as Lime Light Loom (1993) and landscapes as a place of remembrance, as in Holomovement (1996). Wagschal returned to painting the human figure, depicting both close-up paintings of heads and self-portraits, as in Woman with Still Life (1998).

Wagschal has exhibited nationally and internationally in both solo and group shows. She is the recipient of several Canada Council arts grants, and is a member of the Royal Canadian Academy of the Arts. Her work is represented in numerous corporate, private and public collections, including the Musée d’art contemporain de Montréal, the Art Gallery of Nova Scotia, the Plattsburgh State Art Museum, and the Confederation Centre of the Arts, in Charlottetown, Prince Edward Island.

Wagschal was a professor in the Painting and Drawing Department in the Faculty of Fine Arts at Concordia University, where she taught for 37 years. She lives in Montreal, Quebec.