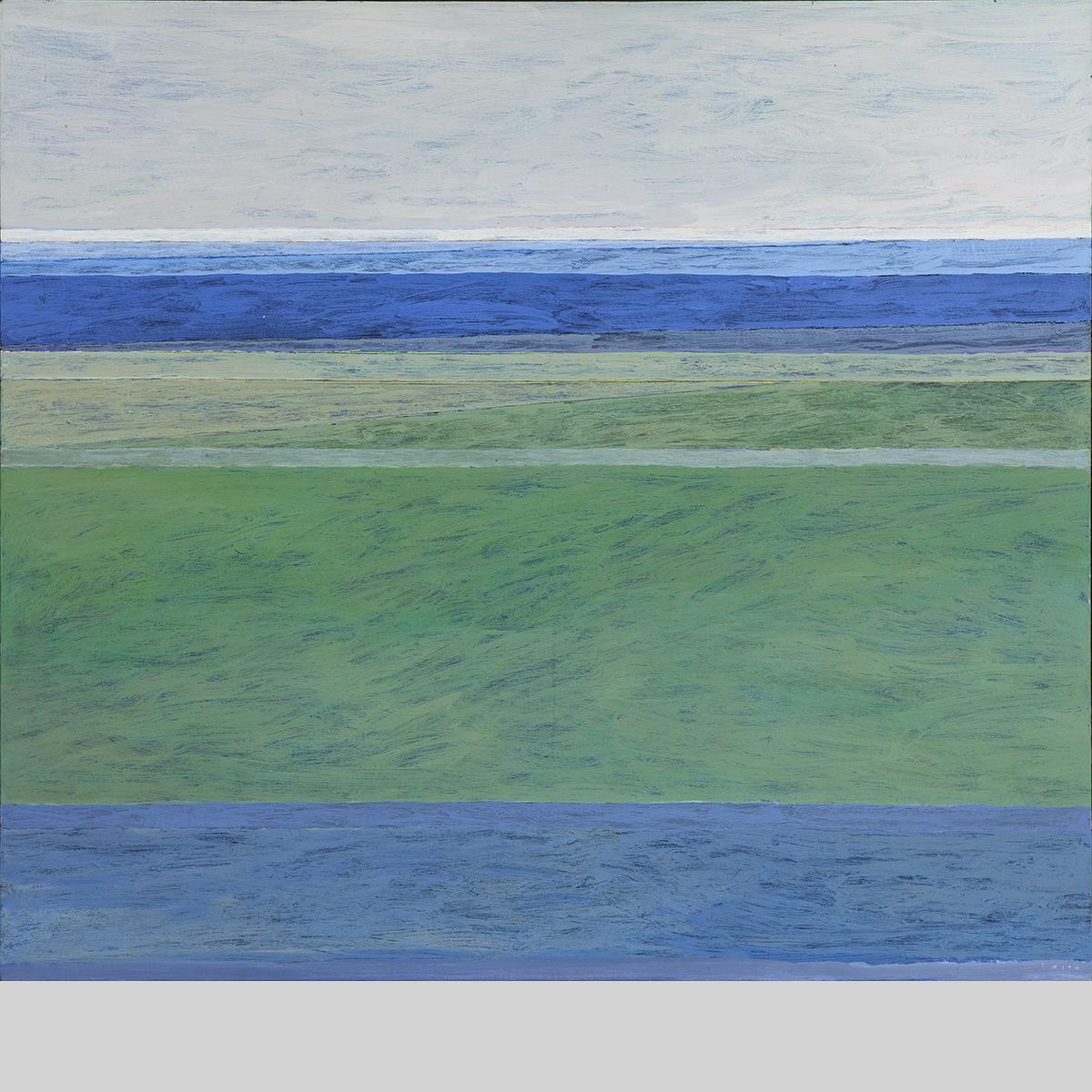 Gordon Smith is a key figure in modernist painting and one of the most esteemed artists in Canada. His works can be found in major public and private collections throughout the world, including the Victoria and Albert Museum in London. He is the recipient of the Governor General’s Award and a member of the Order of Canada.

Gordon Smith was born in Hove, England in 1919. The family immigrated to Canada in 1934, settling in Winnipeg, where Gordon studied at the Winnipeg School of Art under Lemoine Fitzgerald from 1935 to 1937. He joined the Canadian Army during World War II as an intelligence officer, and received his discharge in 1944 after being wounded. He completed his Master of Art in Art History in 1957 at Harvard University, Boston. He taught graphics and design at the Vancouver School of Art from 1946 to 1950 and became an assistant professor at UBC College of Education from 1956 to 1961.

Smith drew much of his inspiration for his art work from English painters such as William Turner. He was also influenced by Canadian Lemoine Fitzgerald and later American abstract expressionists, in particular Elmer Bischoff. Some of his work from that time include Pruned Trees (1955), and Structure with Red Sun (1955), both at the National Gallery of Canada. His work was also reproduced in Paul Duval’s book, Four Decades (1972), including Winter Woods and November (1967). Apart from designing various architectural pieces, such as a hard-edge mural for the Mercantile Bank of Canada, (1969) he also is known for his large, serene landscapes.

Smith’s work has featured in numerous Canadian and international solo and group exhibitions. He has worn major awards, including the Order of Canada (1996), the Audain Prize for Lifetime Achievement in the Visual Arts (2007), and the Governor General’s Award in Visual and Media Arts (2009). In 2002, The Gordon and Marion Smith Foundation for Young Artists was established to support art education in British Columbia and the ongoing success and viability of North Vancouver School District's acclaimed Artists for Kids program. In 2012, The Gordon Smith Gallery of Canadian Art , a gallery dedicated to young audiences, was named in honour of Gordon Smith, one of the founding patrons of the Arts Office and a life-long, tireless supporter of art education. At the age of 93, Gordon Smith still paints every day in his studio in West Vancouver.