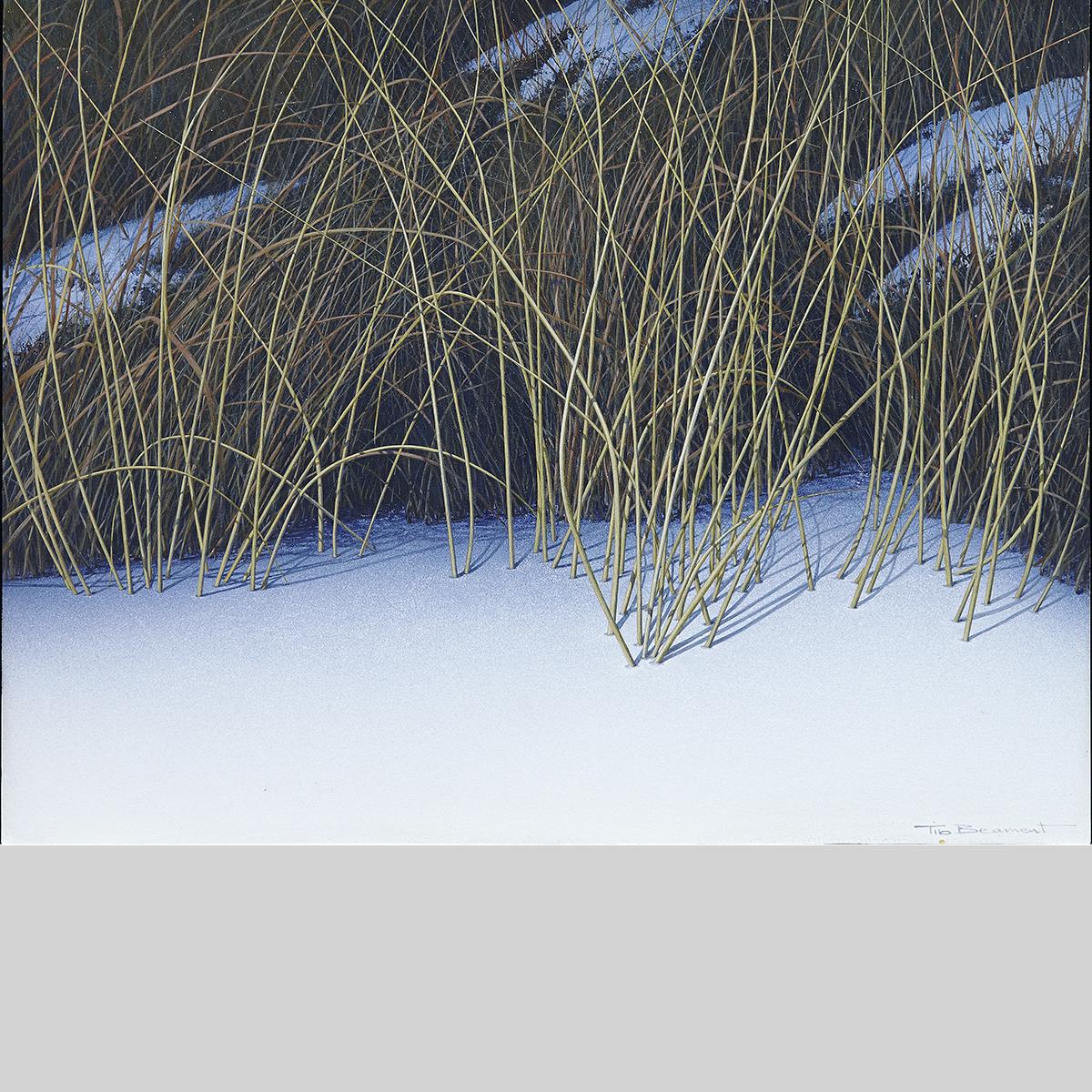 Thomas Harold Beament was born in Ottawa, Ontario, in 1898 and educated at Model School, Ottawa (1905-09) and Ottawa Collegiate Institute (1910-15). He attended Osgoode Hall, Toronto in1 916 and, during World War I served in the Royal Canadian Navy Volunteer Reserve as an ordinary seaman, being promoted to warrant officer. In 1924, he attended evening classes under J.W. Beatty, at the Ontario College of Art, Toronto. Beament was appointed Canada’s Fine Arts Representative to the British Empire Exhibition at Wembley. For the next five years, he worked as a commercial artist in Montreal, all the while developing his style of decorative realism, producing murals, graphic art and paintings. He exhibited regularly at the Montreal Museum of Fine Arts and the RCA Annual Shows and, in 1935, received the coveted Jessie Dow Prize at the MMFA Spring Show for his painting, Covered Bridge.

Beament served as one of the few official war artists with the RCNVE during the Second World War. The Canadian War Museum has some seventy-six paintings by him, including South Side St. John's reproduced in Leslie F. Hannon's Canada At War (1968); his Burial at Sea, a remarkable painting done in pastel and pencil on green paper, appeared in Heather Robertson's A Terrible Beauty (1977); HMCS Ville de Québec Gets a Sub in K. McCormick & H.D. Perry's Images of War (1990).

In 1946, Thomas Harold Beament was elected a Royal Canadian Academician and became President of the Royal Canadian Academy in 1964. After retiring from the navy in 1947, Beament began his period of greatest artistic creativity, living with and studying the Inuit peoples of Baffin Island. He was one of the first artists, along with Lawren Harris and A.Y. Jackson, to explore the Arctic. In 1955, upon his return to Montreal, Beament was commissioned by the Canadian Government to create a series of the 10-cent stamps with Inuit figures, the most famous being of The Hunter in his Kayak.