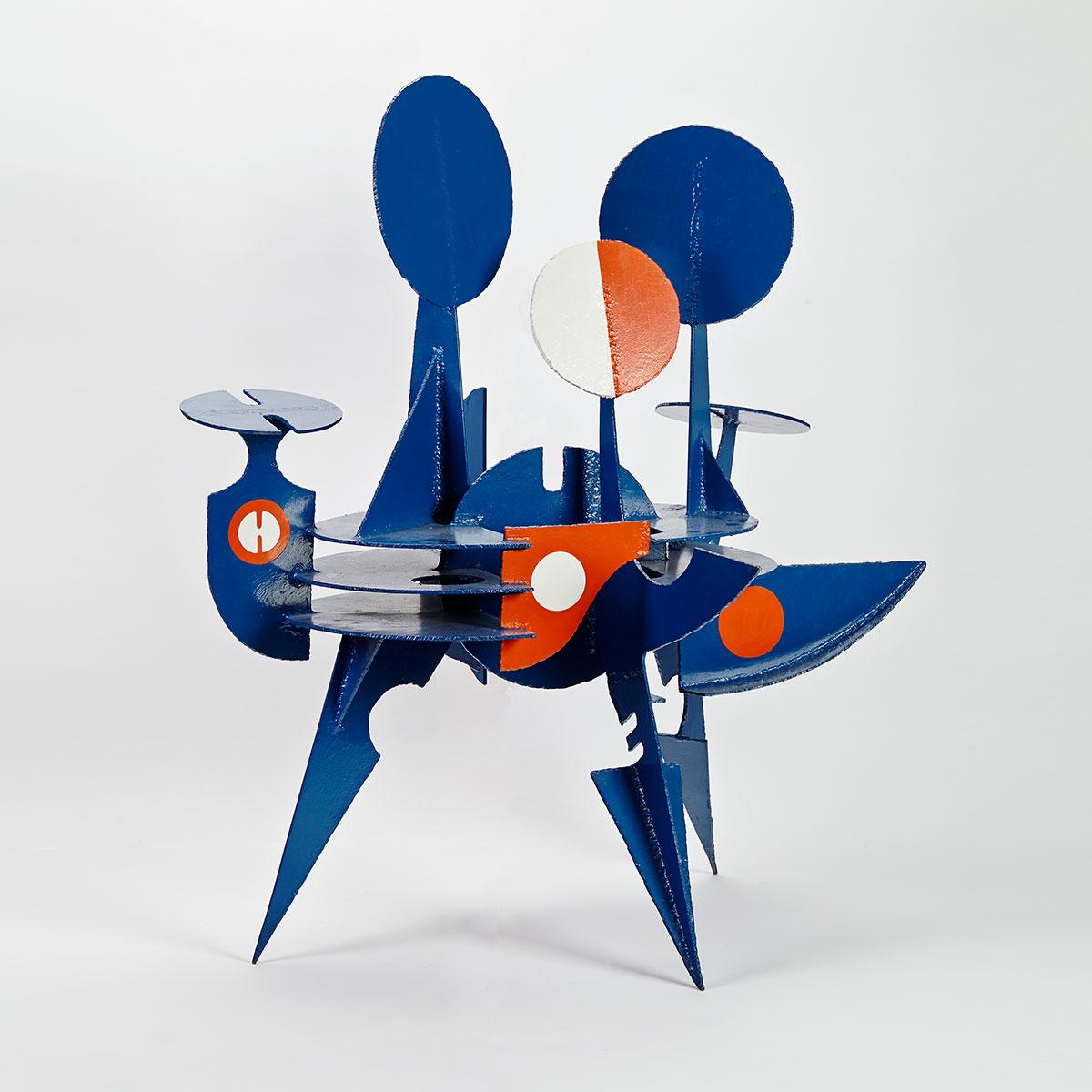 Victor Tolgesy was born in Miskolc, Hungary in 1928. During WW II his family fled their home in Budapest ahead of the invading Soviet Russian army, and in 1945 arrived as refugees in Munich, Germany, where they remained in camps for the next six years. Tolgesy and his parents immigrated to Canada in 1951 and settled in Ottawa. In 1952, he studied for five months at the École des beaux-arts in Montreal on a scholarship, but was otherwise self-taught.

Tolgesy held his first solo exhibition at Robertson Galleries, Ottawa, in 1953. In 1955, he formed the Guild Studio of Contemporary Liturgical Art with fellow Ottawa artists Gerald Trottier, Theo Lubbers and Frank Penn, which had some success and allowed him to work full-time as a sculptor. In 1956, Prime Minister Louis St. Laurent purchased his sculpture, Sitting Nude, to help raise funds for the Hungarian Relief Committee and donated the work to the Canadian Red Cross Society. The following year the National Gallery of Canada purchased two carved wooden sculptures of simplified figurative forms, Warrior and Fish, the latter was exhibited at the 1957 World's Fair in Brussels.

In 1957, Tolgesy was one of the first Ottawa artists to receive a Canada Council grant to study abroad, spending five months in Copenhagen, Denmark, studying woodturning. Throughout the 1960’s and 1970’s, Tolgesy received several major commissions, including: Freedom for Hungary, Freedom for All, a sculpture for the 10th anniversary of the Hungarian uprising, by the Canadian Hungarian Uprising; Explorer I, 1967, commissioned for Expo '67, and Explorer II, 1968, a smaller version, both named after early American spacecraft and created at the time of the first flights around the moon; Pyramidal Structure - Sakkarah, a commission for the Department of Mathematics and Statistics, Queen's University, Kingston; and McClintock's Dream, a 28-foot papier mâché cloud suspended from the ceiling depicts whimsical caricatures of market vendors and their produce at Ottawa’s Byward Market.

Tolgesy also wrote plays, novels and essays. His limited edition book, Acrobatics, a Tale of Fantasy and Reality in Words and Sculpture, a semi-autobiographical story was published posthumously in 1985, and was based on Tolgesy's plans and design. Amongst several awards and distinctions, he was invited into the Royal Canadian Academy of Arts in 1973.

Tolgesy died in Montreal on 6 January 1980, from cancer, at the age of 51. He was in the city on the occasion of his solo exhibition at the Saidye Bronfman Art Gallery. In 1987 the City of Ottawa and the Council for the Arts in Ottawa inaugurated The Victor Tolgesy Arts Award to recognize the accomplishments of residents who have contributed substantially to enrich cultural life in the city. In 2005, Tina Tolgyesy, Tolgesy's daughter curated a retrospective exhibition that was held at the City of Ottawa's Karsh-Masson Gallery.