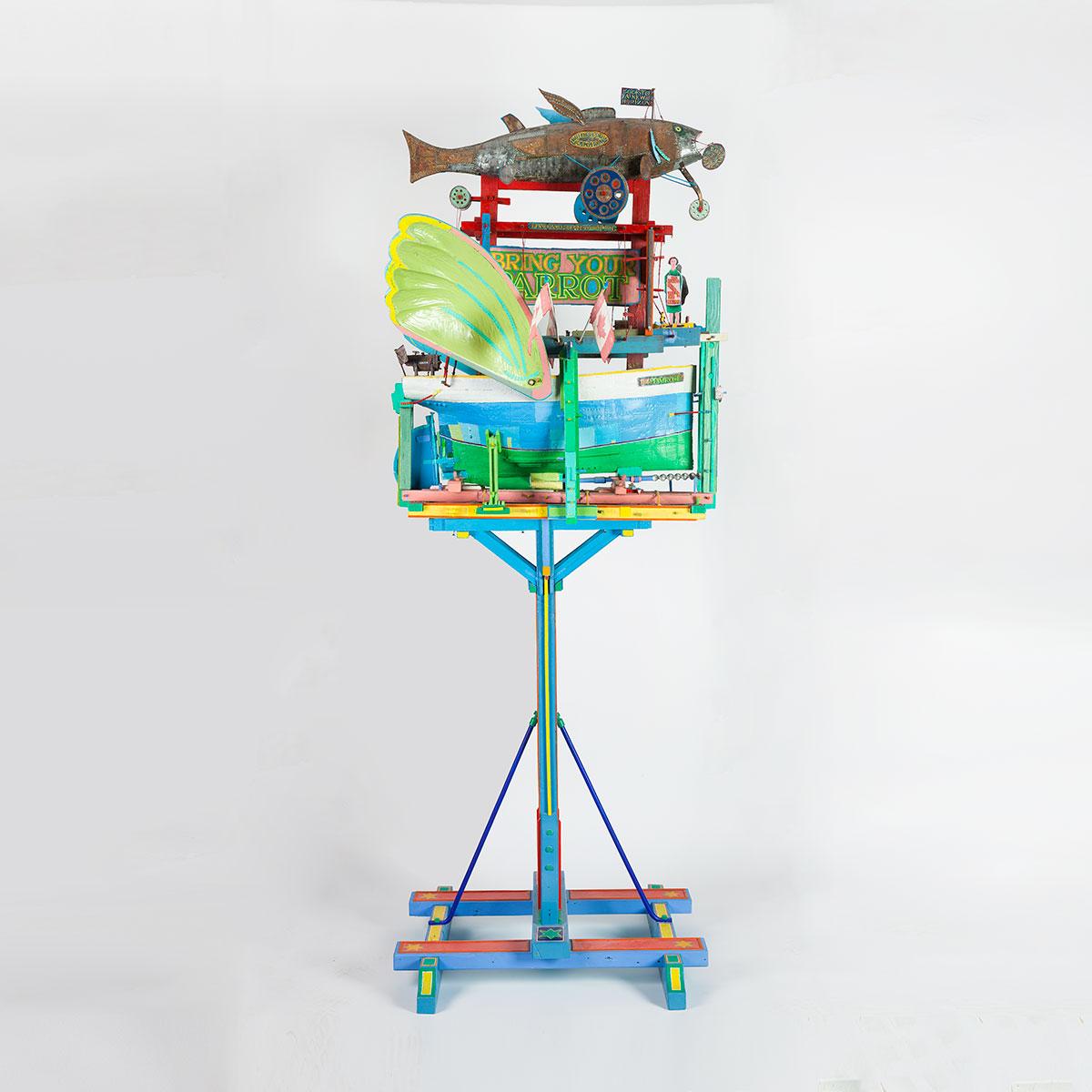 Alex Wyse was born in 1938 in Tewkesbury, England. While in his mid-teens, he studied drawing and printmaking at the Cheltenham College of Art from 1953 to 1956. In 1959, he received a scholarship to study engraving at the Cheltenham College of Art, and had several exhibitions in London before entering the Royal College of Art. However, Wyse left his studies after a year, convinced that art school was “the worst place for art.” He was, however, exposed to the democratic, anti-establishment energy of British Pop Art made by RCA students such as David Hockney.

Wyse immigrated to Canada in 1961and was first posted as a copperplate engraving and printing instructor at the West Baffin Eskimo Cooperative in Cape Dorset, Baffin Islands. Wyse met his future wife, Anne Berndstsson, who was the principal of the local school. They married in 1962 and moved to Southwestern Ontario in 1964, living in Kettle Point, Sylvan and Forest, Ontario, before settling in Ottawa in 1972. Since his early life in Canada, Wyse adopted a folk-art style, and in the late 1960’s and early 1970’s, exhibited paintings and painted construction in Toronto and London, Ontario, supported by grants from the Canada Council. Wyse is known for his painstakingly detailed, eccentric, political sculptural ‘machines’ and paintings. He uses a ‘cast of fantasy characters’, animals, birds, to convey his satirical social commentary.

Wyse and his wife, Anne, have also published several children’s books to aid literacy, that have won several awards including the 1974 American Institute of Graphic Arts "50 Best Books of the Year" Award and the 1974 Design Council of Canada, "Look of Books" Award. Wyse currently live in Ottawa, Ontario.